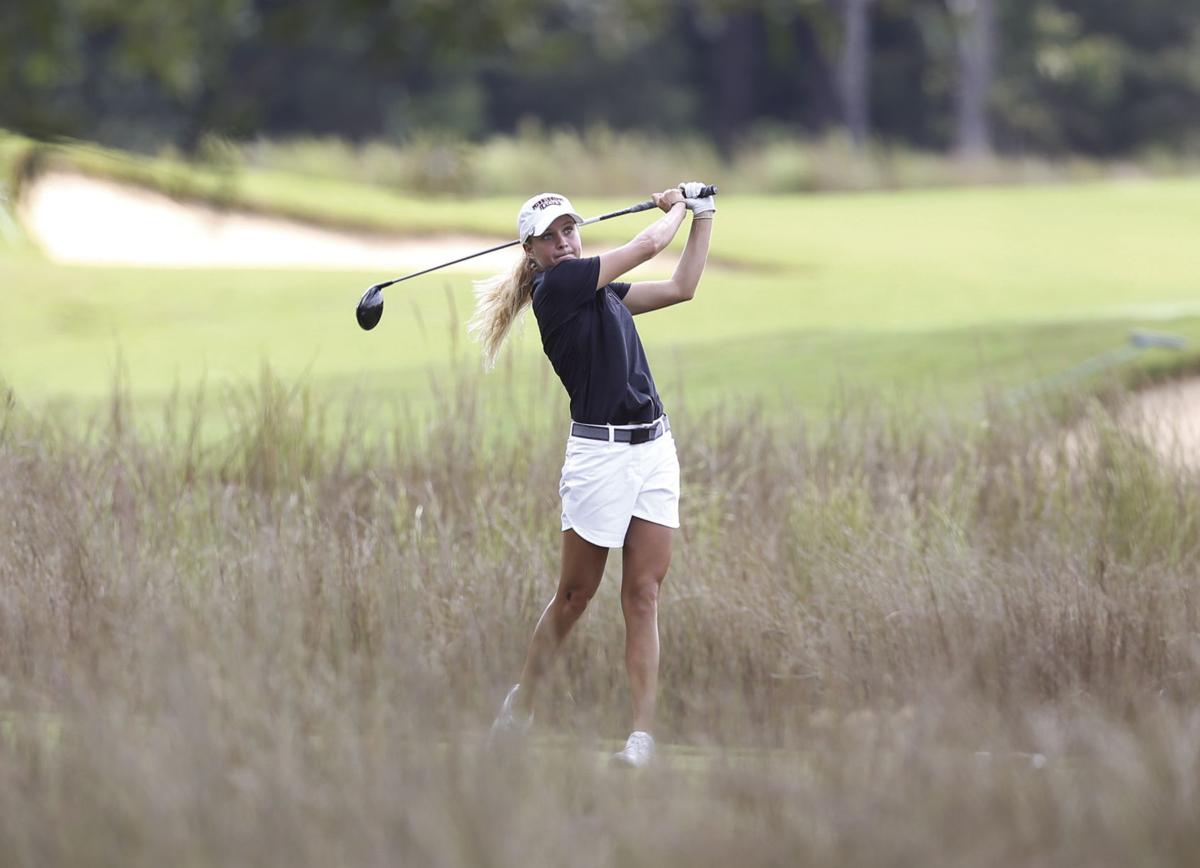 Aubree Jones tees off. Jones came in 5th place for MSU at the Mason Rudolph Invitational. 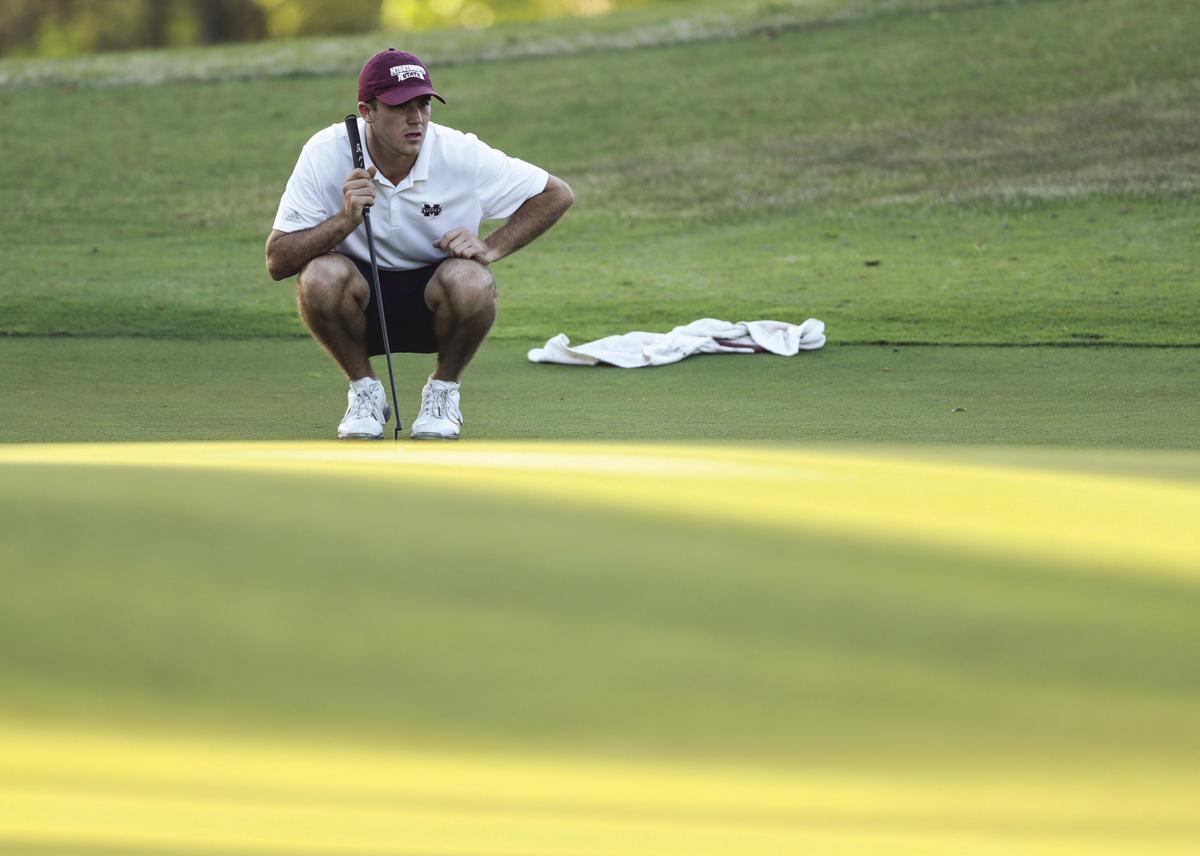 Aubree Jones tees off. Jones came in 5th place for MSU at the Mason Rudolph Invitational.

A pair of Mississippi State University golfers shone in the men and women’s tournaments early this week, as both teams competed in tournaments in Texas and Tennessee.

According to a press release from the MSU Athletic Department, MSU women’s golfer Aubree Jones, a sophomore from Covington, Tennessee, shot a 69 in the final round of the Mason Rudolph Invitational hosted by Vanderbilt University on Sunday.

A strong finish by Jones propelled her to a fifth place finish after she shot 72 and 73 in the first two rounds. Jones said her weekend showed her hard work.

“It always feels great knowing that all of the work I put in is paying off,” Jones said. “Golf isn’t always a walk in the park. There are times when I struggle, but that only makes the feeling of coming out of that rut so much better.”

A member of Fellowship of Christian Athletes, Jones said her faith inspires her to play the game of golf, and by trusting in God she knows everything will work out how it is supposed to.

“I’m really just blessed that the Lord has brought has been with me through it all,  the highs, the lows and every bit in between,” Jones said. “I just always put my focus on playing for Jesus and everything will work out how it’s supposed to.”

In the men’s Trinity Forrest Invitational tournament in Dallas, the first round that Sunday was a bit of a struggle, as the team shot 296 placing 13th. Head Coach Dusty Smith chalked up the team’s rough start to strong wind and a lack of control.

“The wind was up the majority of the day. We just did not do a good enough job of controlling our golf ball in the elements,” Smith said. “We had too many misses on the wrong side of perfect which ultimately cost us a number of shots.”

At the end of the second round, MSU had sole possession of 13th place. Smith said the second round allowed for more scoring opportunities for the team which they capitalized on in the back nine holes, dropping their score by 17 shots.

“We hit a lot of quality shots and had several opportunities out there. We need to continue the momentum we got from our back 9 into our final round,” Smith said. “The most important thing for us is to embrace the opportunity that is in front of us and to stay in the present moment. Everyone has a job to do and we need to have all of us in it for us to be successful.”

Leading the whole team out of the first round rut was Cameron Clarke, a junior from Pittsboro, as he posted scores of 69 and 70. Clarke said the course was very demanding, and players had to pay attention to detail on the course. Clarke said he felt like he did a good job overall in the tournament.

“I didn’t play bad at all the first day, the conditions were just really tough. I knew that I was hitting the ball good enough to post two solid rounds together,” Clarke said. “ I just told myself to 'be patient around the golf course and take advantage of your opportunities when you have them, and to hold back when you need to.'”

At the conclusion of the third round of the Trinity Forrest Invitational, the men finished tied with two other schools for 11th place. The women’s team was able to swing their way to a 6th place finish in the Mason Rudolph Invitational.

Reflecting back on the Lady Dawgs performance and looking forward to the Schooner Classic in Norman, Oklahoma this weekend, Brown-Lemm said she was impressed with how the team handled difficult weather conditions, as the wind speeds reached 10-15 miles per hour. Heading into the Schooner Classic, head coach Ginger Brown-Lemm said her team is improving to compete with Top 10 teams.

“We were incredibly consistent with our process and our plan for this final round. Seeing our squad continue to be committed to what we know works is a huge win for us,” Brown-Lemm said. “We are just getting started on building the confidence to be able to compete with Top 10 teams. We have great leadership, commitment to each other and a never quit attitude.”

This season, the women’s golf team has shown that commitment towards success, as Jones said they come together to set daily and long term goals. Jones said because of this, she believes the team has the potential to go far.

“We have to trust the process and keep putting in the work day in and day out,” Jones said. “As for the first two tournaments, we’ve played a lot of very good golf. We are just staying patient for it to all come together at the right time.”