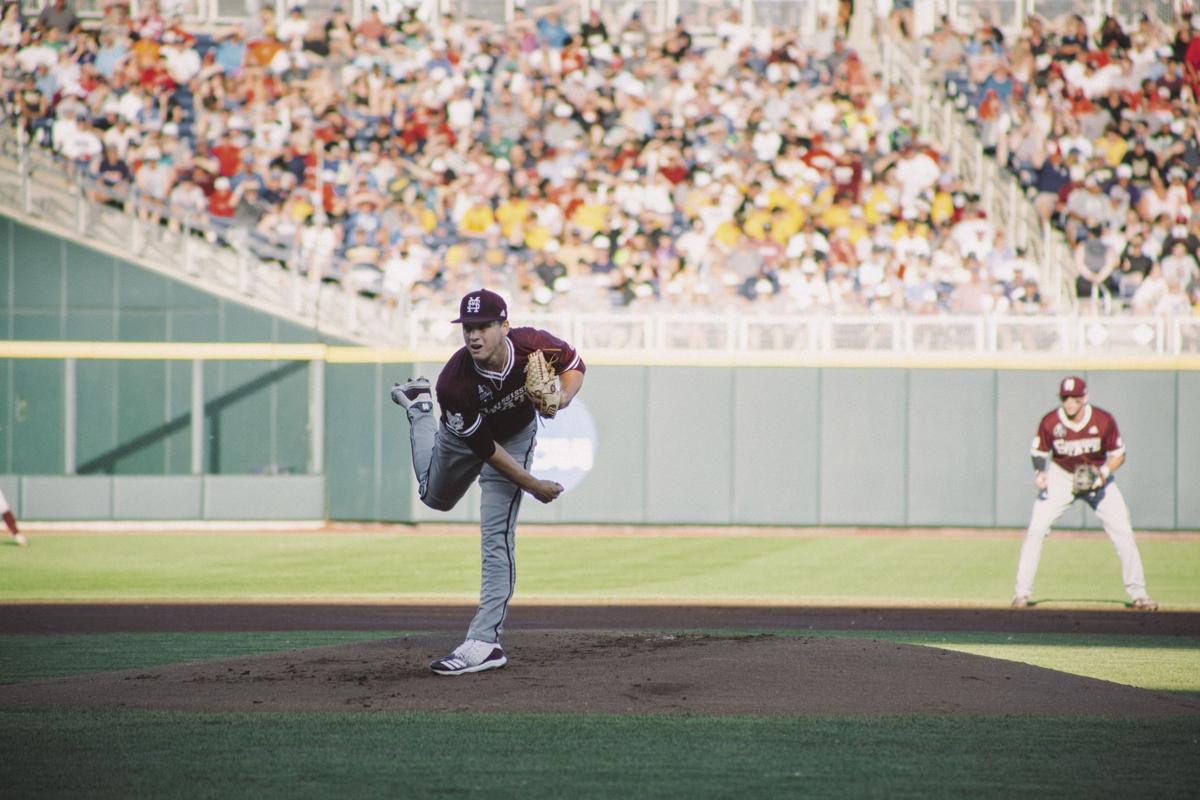 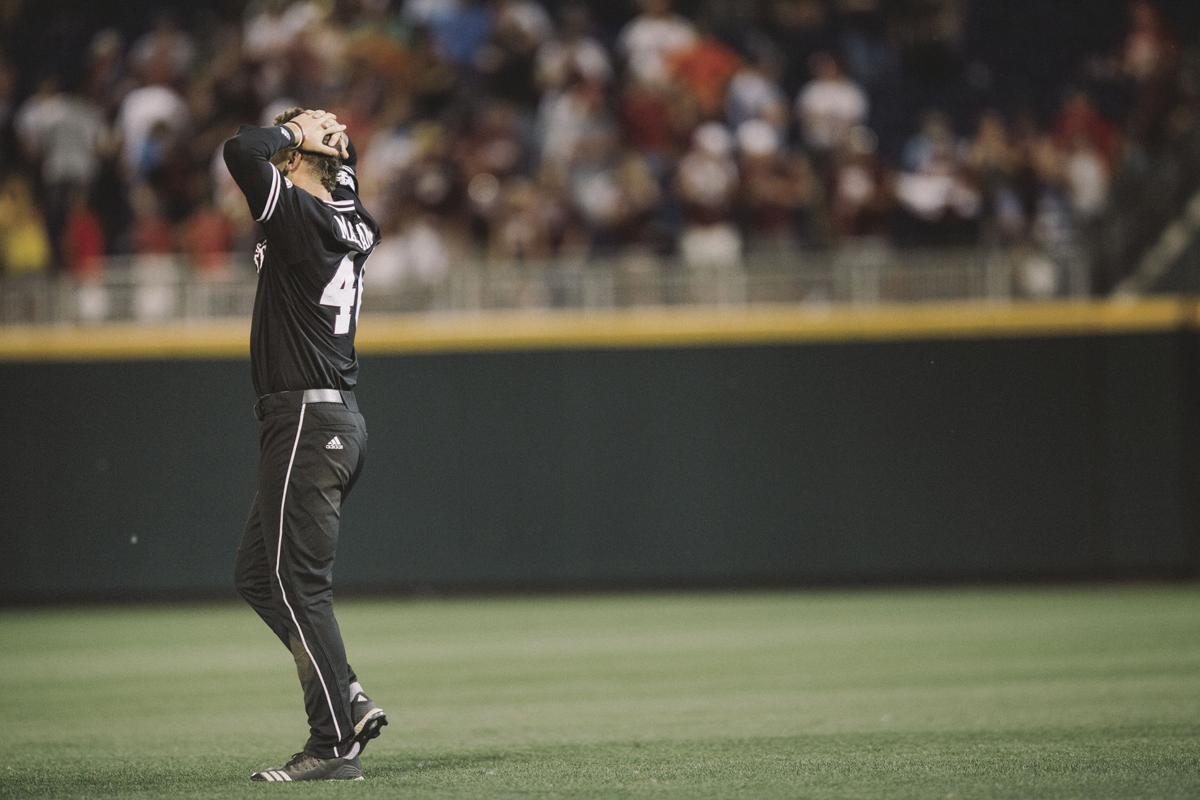 Elijah MacNamee soaks in MSU’s 5-4 win over Auburn. It was MSU’s only win in the College World Series, as MSU was eliminated by Louisville 4-3.

Elijah MacNamee soaks in MSU’s 5-4 win over Auburn. It was MSU’s only win in the College World Series, as MSU was eliminated by Louisville 4-3.

Mississippi State University’s baseball team arrived in Omaha, Nebraska with a fire lit under them, as it was the second year in a row for the Diamond Dawgs to reach the College World Series.

The Diamond Dawgs could be considered the comeback team. According to the NCAA website, the Bulldogs had 28 comeback wins in 2019. When MSU was down 4-1 in the 9th inning against Auburn, Elijah MacNamee, a senior outfielder from Cypress, Texas, knew what was coming. In the post game conference, MacNamee said he could almost feel what was coming.

“I was like, I have the weirdest feeling about this inning,” MacNamee said. “So when Jake went up there and hit that double, I said, ‘Well, here we go.'”

The Bulldogs were able to pull out the victory with a 5-4 win, as a chopper hit by Marshall Gilbert, a senior catcher from Kenosha, Wisconsin, bounced off of the Auburn Pitcher's glove.

MSU's luck started to run out as the Bulldogs lost to Vanderbilt in their second game. In their final game against Louisville, there was a promising future shown in the performance of JT Ginn, a freshman pitcher from Brandon, who was drafted by the Los Angeles Dodgers his senior year of high school.

Ginn had 81 pitches and six shutout innings in the Louisville game. He had no runs against him and only allowed for three hits in the innings he pitched that game. His performance and focus was impeccable, but he also said a thank you to his teammates on the field.

“I just tried to go out there and compete and make pitches when I needed to,” Ginn said. “The defense played great behind me, and Dustin Skelton— he called a hell of a game tonight, and he made a bunch of big plays for me.”

Now, we wait for February to roll around, when the Diamond Dawgs will, once again, lace up their cleats and try to make a run for Omaha. MSU head coach Chris Lemonis said he was proud of how his team played with a fighting spirit all season long.

“Thanks to everybody, all our media,” Lemonis said. ”All our national media, but really our local media. You guys are awesome, and to our fans. I know they're crushed, but we'll be back.”

Our Most Recent Printed Issue
Orientation 2021