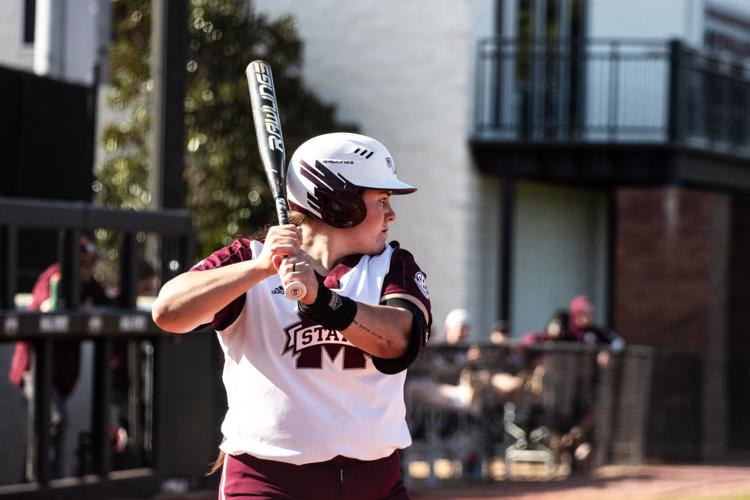 Mia Davidson (pictured above) has been on an absolute tear in her final season in the maroon and white. She’s totaled 36 hits on the season so far on 91 plate appearances, with 15 of those hits being home runs. 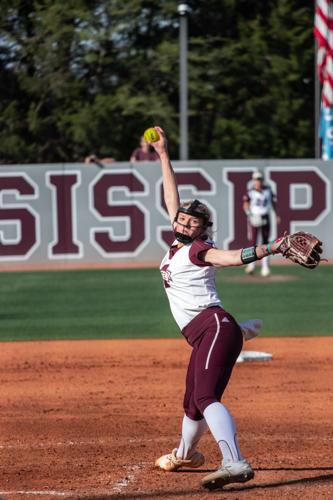 RHP Kenley Hawk winds up to deliver the pitch in earlier action this season.

Mia Davidson (pictured above) has been on an absolute tear in her final season in the maroon and white. She’s totaled 36 hits on the season so far on 91 plate appearances, with 15 of those hits being home runs.

RHP Kenley Hawk winds up to deliver the pitch in earlier action this season.

On a day where the entire country's softball community rallied around the memory of the late MSU softball player Alex Wilcox, the Bulldogs tied up the series against the No. 13 ranked Tennessee Volunteers.

They lost the previous game 9-1 in just five innings of play, and on a day where Wilcox's memory was surely a rally cry, bounced back to stun the Vols 8-3. MSU might have dropped the series the next day, but a hard-fought series loss on the road isn't always a bad thing.

"It reminded us to be selfless," said senior Mia Davidson about the impact All for Alex Day had on the team. "We were playing for everybody, and knowing that if (Alex) can do it while going through chemo, a bad knee or something is nothing compared to what she went through."

The ladies' RPI jumped up to 28th overall, placing them in what is essentially one good weekend away from being a top 25 team.

In the rubber match, all of Tennessee's 10 RBIs came off of home runs, despite Annie Willis striking out four of the first five batters she faced. MSU struggled to maintain their momentum from the previous day's win, and head coach Samantha Ricketts knew it.

"I thought we started off the game strong, but we weren't able to hang on to the energy or momentum from Saturday," Ricketts said after Sunday's loss. "We need to work to be consistent in all three phases in order to bounce back this week."

The Bulldogs will have the chance to do just that, as they look to make the trip south to Hattiesburg for a mid-week game against the University of Southern Mississippi on Tuesday before returning home with a chance at a much-needed SEC series win against the Missouri Tigers' highly touted pitching staff.

Game one of that series begins at 6 p.m. on Friday and will be aired on SEC Network Plus.