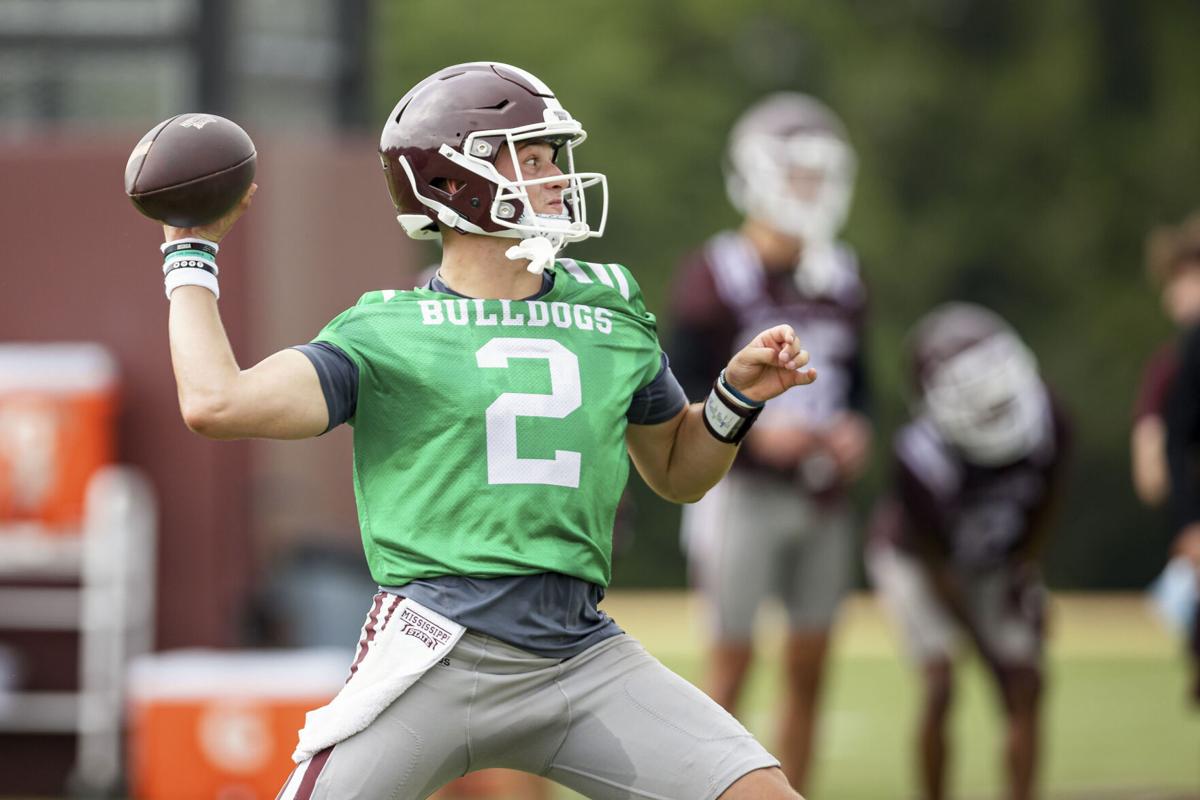 Quarterback Will Rogers (pictured) was named the starter this week for the upcoming game against Louisiana Tech. The game is set for this Saturday at 3 p.m. at Davis Wade. 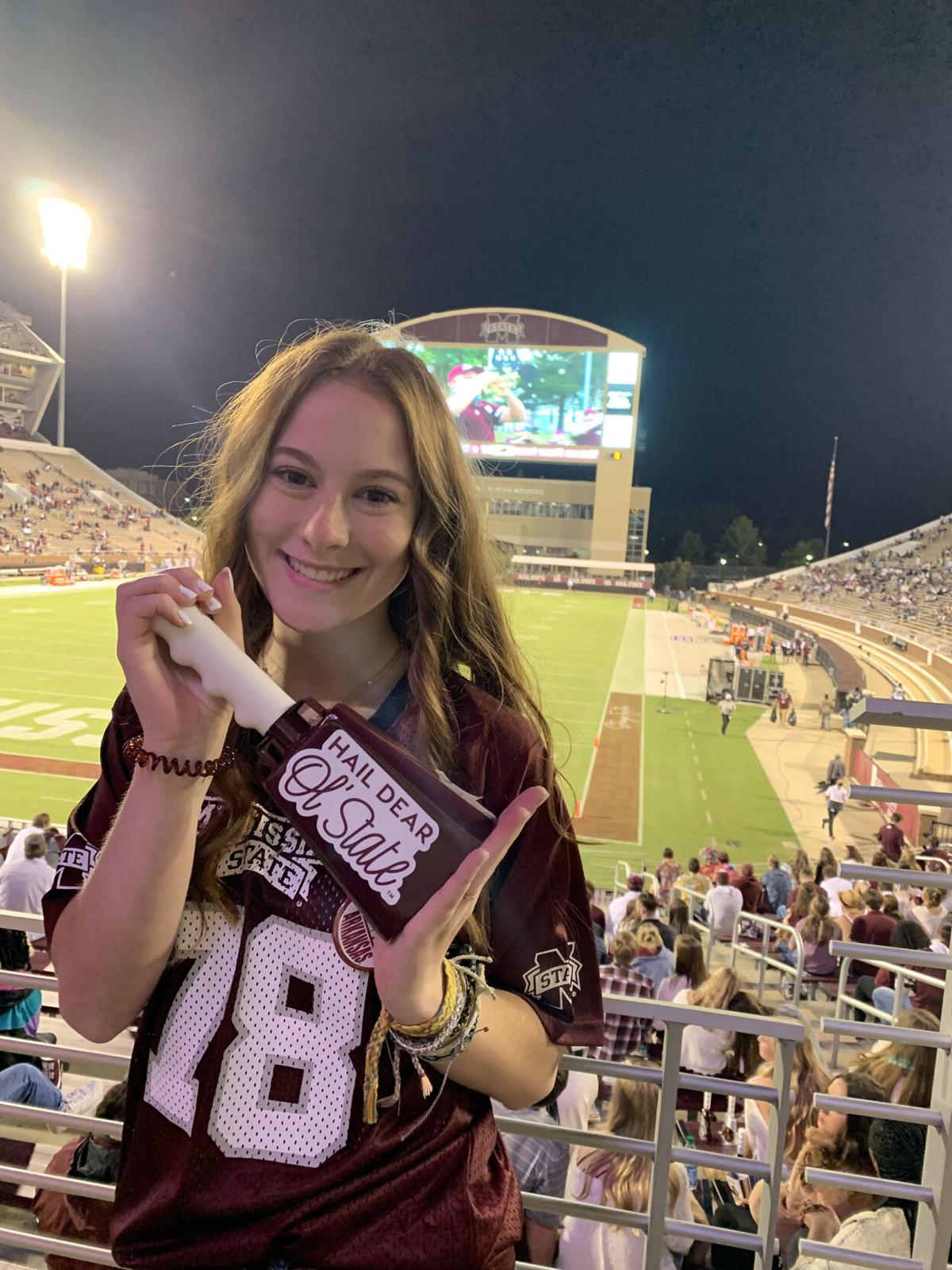 Quarterback Will Rogers (pictured) was named the starter this week for the upcoming game against Louisiana Tech. The game is set for this Saturday at 3 p.m. at Davis Wade.

After a full spring, a few weeks of practice and two scrimmages under their belts, the Mississippi State University Bulldogs have been able to grow into a team that will leave many of their pre-season predictions in the pre-season. This is not a last place team.

With the offensive line being such a vital part of any offense, specifically in the air raid offense, it is paramount that they continuously improve their game and communication with each other. After the team's first scrimmage in Davis Wade, Leach was dissatisfied with the way the offensive line performed. Leach thinks consistency is an important point for the Bulldogs to develop.

"The biggest thing, we gotta put big plays, you know, closer together. We make plenty of good plays, we make a good streak sometimes," Leach said.

Leach was feeling a little bit more confident in the offense going into the second scrimmage. Some of this confidence is due to the quarterback maturation, and some of it is credited to the team finally being able to have a full off-season under Leach.

The off-season during the 2020 COVID-19 season was essentially nonexistent.

"I think the off-seasons are really important. I think that's helped elevate us up too," Leach said.

This go-around, the team was able to participate in fall camp along with the Maroon and White spring game. The most memorable point of the spring was the infamous photo of sophomore wide receiver Jaden Walley sporting a cowboy hat and leg brace while departing Davis Wade early due to a sprained MCL. That injury left many wondering what it meant for the star going into the 2021 season. Thankfully, Walley had a quick recovery and was back on the field in no time. Despite his injury, he has looked like the Walley we all know and love. His record-breaking 718 receiving yard freshman season was not beginners' luck or simply a fluke, and the Will (Rogers) to Walley combo will continue to be one of the most dangerous threats the Bulldogs have to offer.

There had been speculation regarding the quarterback pool amongst the fans due to Leach refraining from announcing who the starter would be, but Will Rogers, the young hero of the 2020 season, will inevitably receive the starting position in the week one game against Louisiana Tech University. There had been a great deal of competition between Rogers and Jack Abraham in the spring off-season, but the University of Southern Mississippi transfer has had little practice time this fall due to a concussion. The Will to Walley connection, both true freshmen last season, quickly became the pair to watch as the almost telepathic connection between the two gave the fans hope towards the end of the season and something to look forward to in the following years. Of course, the success of this duo is exhilarating, but they are not the only players who have improved and impressed Leach in the off-season.

Leach pointed out multiple athletes who have steadily improved or been a consistently prominent piece to the team.

"Charles (Cross) has been steady, but he was pretty steady last year. I think Cam Jones, we flipped him to the other side, and he does some real good stuff. He's athletic and he's bigger than he was. And then (LaQuinston) Sharp has really done a good job at center. He's strong, he's very solid, and he's starting to do a good job leading that group. A lot of time, the offensive line, you want them to gain weight. Dolla Bill (Kwartravoius Johnson), we wanted him to lose weight and he did. He's in better shape, he's more mobile and does some good things and is starting to carve out a good role for himself there. Then (Scott) Lashley, he's a pretty athletic guy, he's starting to get comfortable at right tackle," Leach said in a press conference last week.

On top of the offense's steady improvement, the defense has been dominating. The constant pressure they place on the quarterback is one of the most critical aspects to the team's success this season. If they can apply that pressure in a game situation and force the opposing quarterback to make an inaccurate throw, the overall possibility of team success elevates exponentially. In the second scrimmage, linebacker Rodney Groce Jr. led the defense in tackles with a total of five, but his teammates were not far behind, trailing by a mere one or two tackles in comparison.

There are a variety of different predictions thrown around on where the Bulldogs will end the season, but 8-4 is both optimistic and realistic.

The season opener against LA Tech is set for Sept. 4th with a 3 p.m. kick off at Davis Wade Stadium.