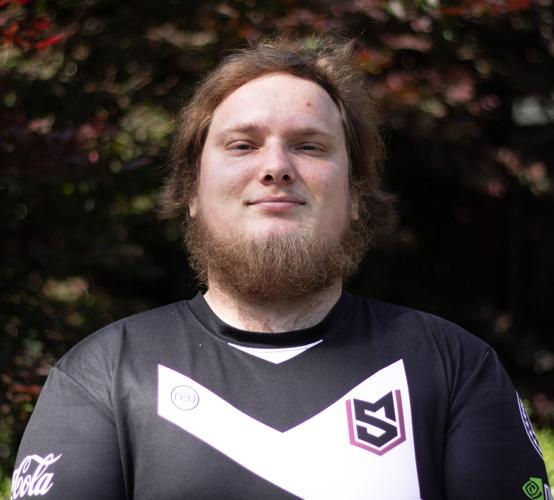 If you're an absolute gear-head like me, chances are you're probably also a racing fan. You might like torqued up muscle cars with that make the walls thump, or you might like a Japanese import with enough turbo boost to suck start the Titanic.

No matter what your preference, if it goes fast, you probably can't get enough of it. If that's the case, you and senior software engineering major Jonathan Diamond have something in common.

Diamond is a member of the MSU esports team, and he competes in an event that is taking the motorsport world by storm– iRacing.

IRacing is an extremely accurate racing simulator anyone with a computer and enough money for a subscription, a gaming steering wheel and gear shifter can play.

The game features races and cars like those found in the NASCAR Cup Series, IndyCar Series, V8 Supercars and even Formula 1– not to mention an entire rolodex of tracks, paint schemes and other niche things to make any motorsport fan's mouth water.

The game is taking the racing scene by the horns, and for very good reason. The average cost to enter any form of racing is higher than ever, whether that's go-karts, dirt track oval racing or the big leagues like stock car racing. A simply competitive go-kart can run an interested party upwards of $5,000, and the numbers only go up from there.

For an iRacing rig, however, a player can buy in for less than half of that and earn money while doing so.

Diamond competes at the national level against other college students in a league that pays out thousands of dollars to series winners. Competitors will compete in several different races throughout a season with no risk of rain-outs or weather delays, and Diamond himself has raced against some of the sport's biggest names.

"I actually race in a league that's hosted by Champion Power Equipment that's sponsored by Grant Enfinger. So he, Dale (Earnhardt) Jr., Chad Knaus– they all raced with us in a 100 lap race," Diamond said.

When asked about racing Dale Jr., Diamond had an anecdote that even Earnhardt might recall.

"I actually wrecked him," Diamond said with a laugh, "and I actually got wrecked by Chad Knaus at Auto Club (Speedway)."

Knaus, as some race fans may recall, was the long-tenured crew chief for Jimmie Johnson, one of the winningest NASCAR drivers of all time. The two won 81 races together before they split.

When asked how he got involved in iRacing, Diamond gave a heartfelt reminder that the COVID-19 quarantine period might have been a blessing in disguise to some.

"Well, with COVID, NASCAR did their own (iRacing) series ... then I got my unemployment money because I got laid off the week before, after my birthday too," Diamond said, "So I took that money, and since iRacing was offering 50% off of their two year subscription, I bought my iRacing rig and subscription ... I just jumped in. I didn't even know about iRacing until like a month before."

The game has gotten so big the main NASCAR iRacing series, sponsored by Coca-Cola, offers a $300,000 grand prize to the winner, and Diamond said he hopes to be that winner one day. He's not just in it for the money, though. For Diamond, like so many of us other racing fans who don't have the capital to live out our dreams, it's as close as he can get to flying around a track in front of thousands.

"The thrill of being in the lead, your heart starts beating, and it feels like you're actually racing. It's great." Diamond said with a smile.

Diamond is doing what all of our parents told us to do: try to live out your dream. And he didn't let something as small as being let go from his job stop him.

Diamond will graduate this May with a bachelor's degree in software engineering from one of the most highly decorated schools in the country for his program. He likely will have steady job offers with plentiful salary accommodations, but he'll still be doing what he loves whenever he can– racing.