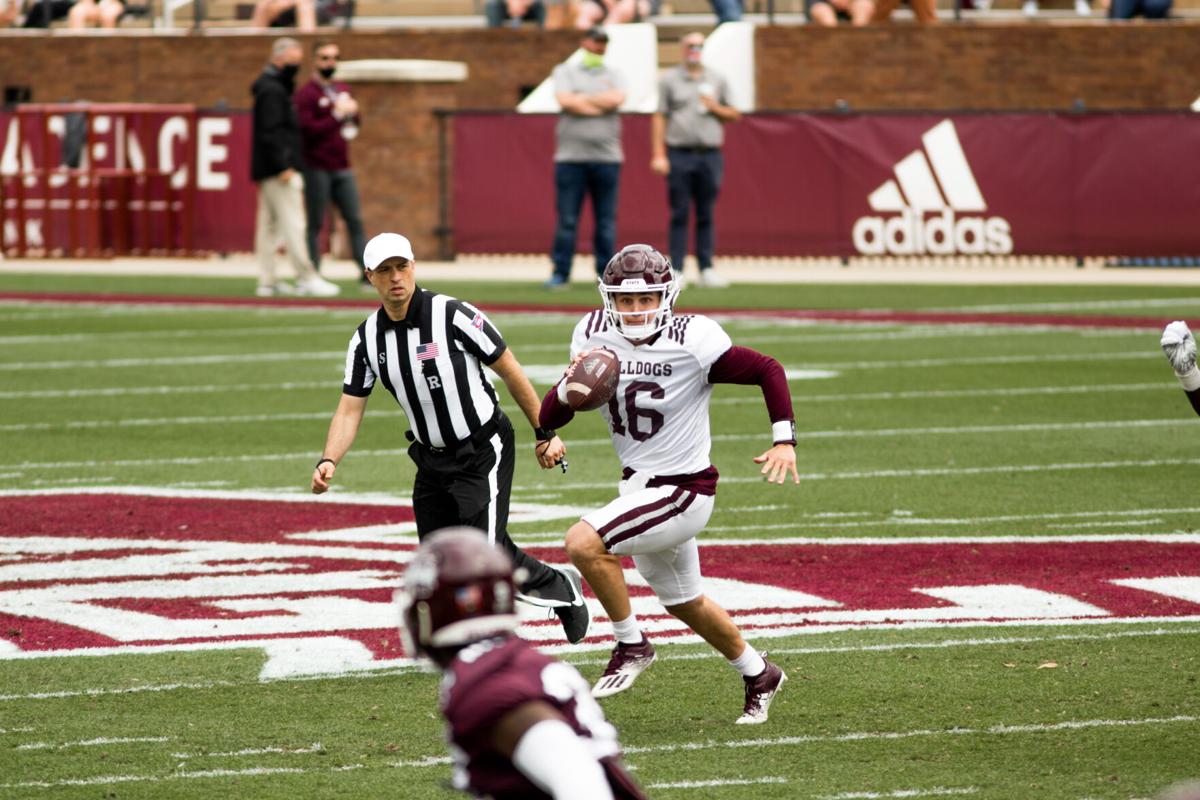 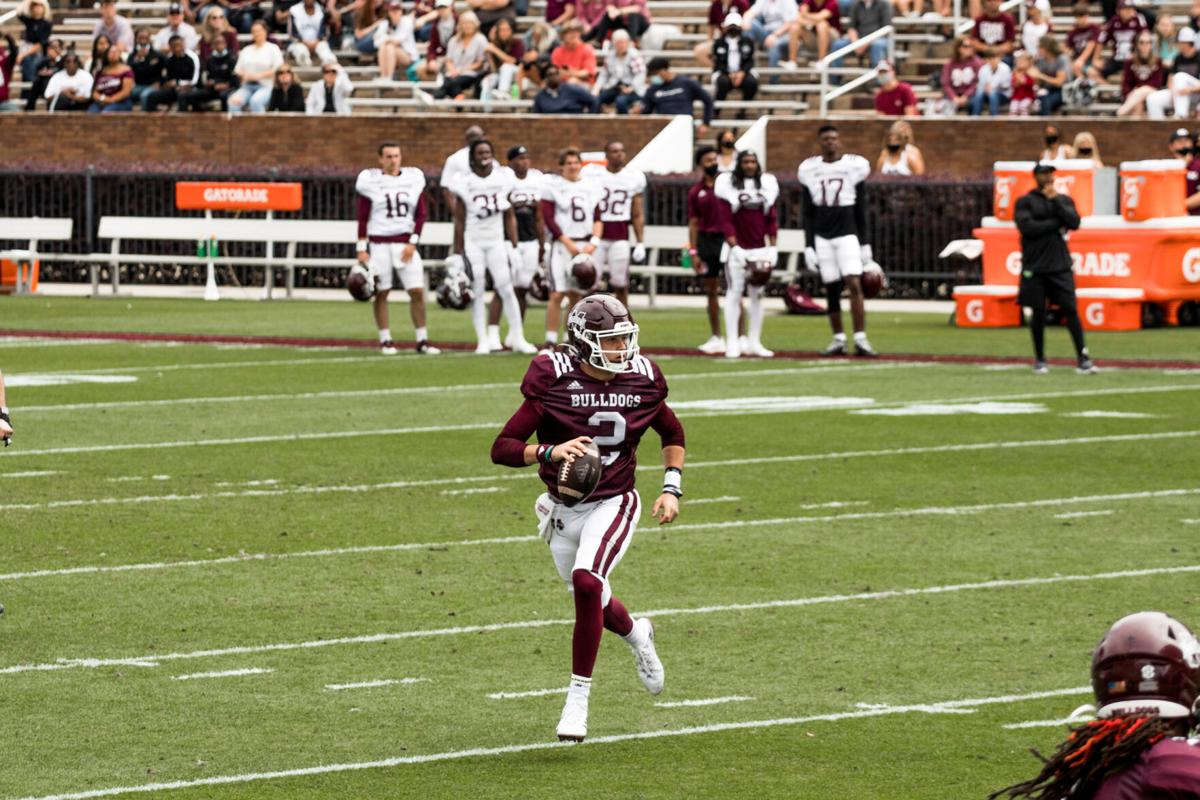 MSU sophomore quarterback Will Rogers finished the Maroon and White game 25-for-41 with 255 yards and 1 TD pass.

MSU sophomore quarterback Will Rogers finished the Maroon and White game 25-for-41 with 255 yards and 1 TD pass.

The Mississippi State University football team was eager to get back on to the field after their late December Armed Forces Bowl win over Tulsa. Prior to that, MSU had a disappointing season. After beating 6th-ranked LSU in Baton Rouge to open the 2020 season, the Bulldogs finished the regular season 4-7. However, MSU had several bright spots along the 2020 campaign, with key freshman stepping up to contribute after the Bulldogs had several opt outs and transfers mid-season.

Among those key freshman stars, few shined brighter than wide receiver Jaden Walley. The now sophomore from D'Iberville, Mississippi, racked up 718 yards and two touchdowns on 52 catches, including 100 yards receiving in four straight games. Walley has high expectations for his second year in the offense. However, the Walley hype train may need a slight tune-up going into fall ball, as he left the spring game after an apparent leg injury. Mike Leach would not comment on Walley's status after the game but did not appear concerned.

MSU's secondary had a freshman star of its own in the 2020 season in Grenada, Mississippi, native Emmanuel Forbes. The star cornerback picked off five passes in his 2020 campaign, returning three of them for touchdowns. In the second quarter of the spring game, Forbes picked up right where he left off in 2020 when he picked off a deflected pass and got a nice return off of it.

Speaking of the secondary's play, MSU had two other stellar performers in Saturday's Maroon & White game in Jalen Green and Martin Emerson. Emerson, the Pensacola, Florida, native, had a stellar sophomore year in 2020, earning second-team All SEC from Pro Football Focus. Emerson did not miss a beat during play, breaking up two passes, including a touchdown pass in the second quarter. Green, the Houston, Texas, native, is a transfer from the University of Texas. Green played three years for the Longhorns but did not contribute a ton for Texas' defense. Green, who played for the White team this scrimmage, picked up a fumble in the second quarter and took it all the way to the house. He also announced his presence for the MSU defense with a jarring hit in the backfield in that same quarter. MSU junior safety Collin Duncan spoke on what Green adds to the defense.

"He's added another dimension to our secondary. With him out there, we really have a certified corner playing safety, especially in our man-to-man coverages," Duncan said.

MSU saw several quarterbacks man the offense, with two standing out in Will Rogers and Jack Abraham. The Maroon team was led by Rogers, the sophomore from Brandon, Mississippi, who took over the starting job from KJ Costello in 2020 and played admirably in his short time manning the air raid offense. Although he had a few completions early on, Rogers had a slow start to the game. The White team's defense capitalized on Rogers's mistakes early on, including taking Rogers' fumble to the end zone for a touchdown. However, Rogers played much better later in the second quarter. He led a solid drive finishing off the second half with a 33-yard touchdown pass to Makai Polk, a wide receiver who transferred in from the University of California. Rogers finished his day completing 25 passes on 41 attempts for 255 yards.

Both quarterbacks showed flashes of incredible talent, and some receivers that did not make an impact last year stepped up in this game. The Maroon and White game ended in the White team's favor by a score of 30-22. However, the score of the scrimmage was not the main takeaway. The real lesson learned on Super Bulldog Weekend was that MSU displayed much more depth on both sides of the ball compared to last year, and the ceiling of this team can be very high if the players work in sync on both sides of the ball.

Coach Leach spoke about the intensity of play in the scrimmage and places where improvements can be made.

"I didn't think we had particularly good energy. I thought that we didn't execute enough on offense, so the defense wasn't challenged much," Leach said.

"We didn't execute as well as we wanted to. We got in the red zone a couple of times and couldn't finish," Williams said.

MSU is slated to start their 2021 season on Sept. 4, where they will take on the Bulldogs of Louisiana Tech University in Starkville. The last time these teams met, MSU took a convincing win via a score of 45-3.