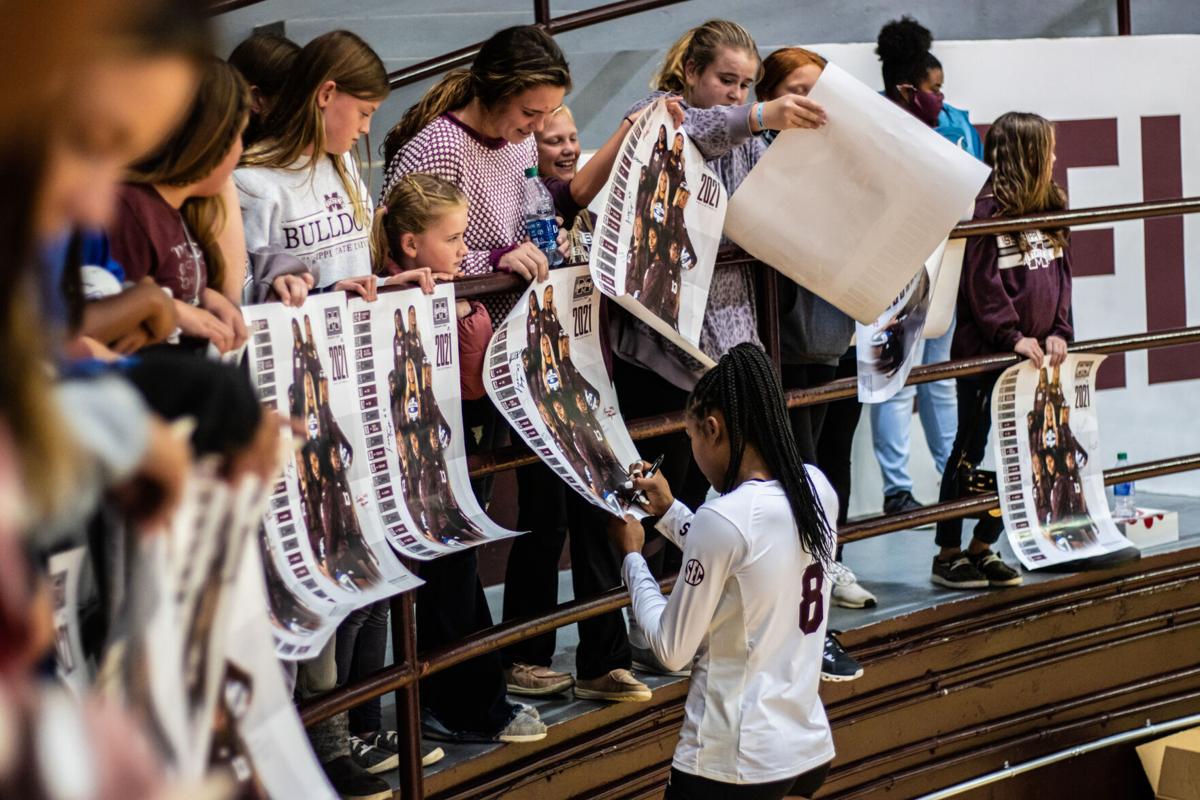 Senior Gabby Waden signs autographs after the team's historic win against the Tide. 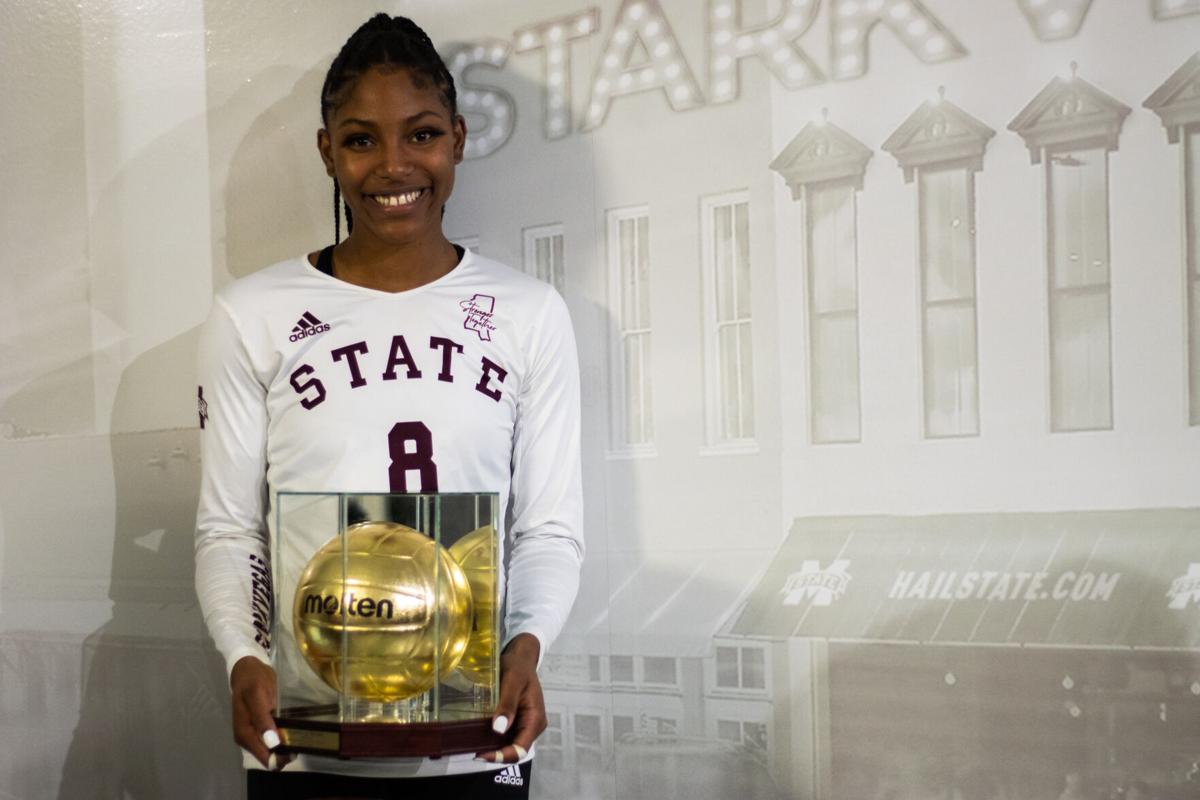 Waden pictured with a trophy to commemorate her 1000th kill.

Senior Gabby Waden signs autographs after the team's historic win against the Tide.

Waden pictured with a trophy to commemorate her 1000th kill.

Frigid winds and icy rain blanketed Starkville on Wednesday night, but even the weather could not cool off the red-hot Mississippi State University volleyball team (18-5, 9-2 SEC) as they swept Alabama while having a record-setting night.

The Dawgs were dominant in their outing against the Crimson Tide and senior Gabby Waden led the charge. In the Bulldogs' (25-15, 25-21, 25-19) three-set victory, the Columbia, South Carolina, native racked up a game-leading 11 kills, and was given a golden volleyball for becoming the 11th player in school history to surpass 1,000 career kills. Waden said she is proud of her achievements, but said she could not have accomplished the feat without her teammates.

"It's not just this team," Waden said. "I've had a lot of teammates and setters in the past: Alleah Stamatis, Morgan Kath, Margaret Dean and Gabby Coulter, even our liberos, Kanani Price and Lilly Gunter. They've really helped me set the tone for myself and get the attacks that I wanted for our team. I really appreciate everyone that I've played with during my time at Mississippi State to help me achieve that goal."

Waden's placement in Mississippi State University volleyball history wasn't the only thing being etched into the record books on Wednesday. Beating the Crimson Tide gave MSU their 9th win in conference play — a feat that had never been done before in school history. The volleydawgs also won their 6th straight game against a conference opponent, and snapped a seven-match losing streak to Alabama.

Sophmore Shania Cromartie, from Tallahassee, Florida, dished out 10 kills and nine digs throughout the match, and junior Lauren Myrick from Louisville, Kentucky, also tallied nine kills, one ace, and three blocks. Senior Deja Robinson also played a huge part in the victory. The Canton, Georgia, native chipped in nine kills and three blocks to cap off a great streak of volleyball being led by Head Coach Julie Darty Dennis. Coach Dennis said she is pleased with her team's performance and the way they ran the offense.

"We constantly work on getting our middles more opportunities and helping run a more balanced offense," Coach Dennis said. "It was really great to see that they were working hard in transition first ball. We've been focused on that all week, so I was very pleased with their performance tonight for sure."

The Bulldogs protected home court and pounded home 49 kills as a team on a .283 hitting percentage, while holding Alabama to 36 kills on a .168 hitting percentage. Wednesday's victory improves the Bulldogs' home record to 11-1, and they look to Saturday when they take on Missouri in Columbia. Missouri may have the worst record in the SEC (4-20, 1-10 SEC), but coach Dennis said her team has to be ready for a fight.

"Mizzou is a tough team," Dennis said. "They play hard, they're hungry, they're very scrappy and they're going to be ready to give us their best effort. We'll need to be dialed in and ready for our next opponent."

The Bulldogs did just that, managing to best the Missouri Tigers on Saturday and Sunday this past weekend via a final score of 3-2 and 3-1 on both respective days.

The Volleydawgs will return to Newell-Grissom this coming weekend for the last home regular season series of the year against the Tennessee Volunteers, a team ranked 24th in the AVCA Women's Division 1 Coaches Top 25 Poll.

Those games will take place in the Griss at 1:00 p.m. each day with free admission. Lunch-box-sized coolers are allowed, and concessions are available.