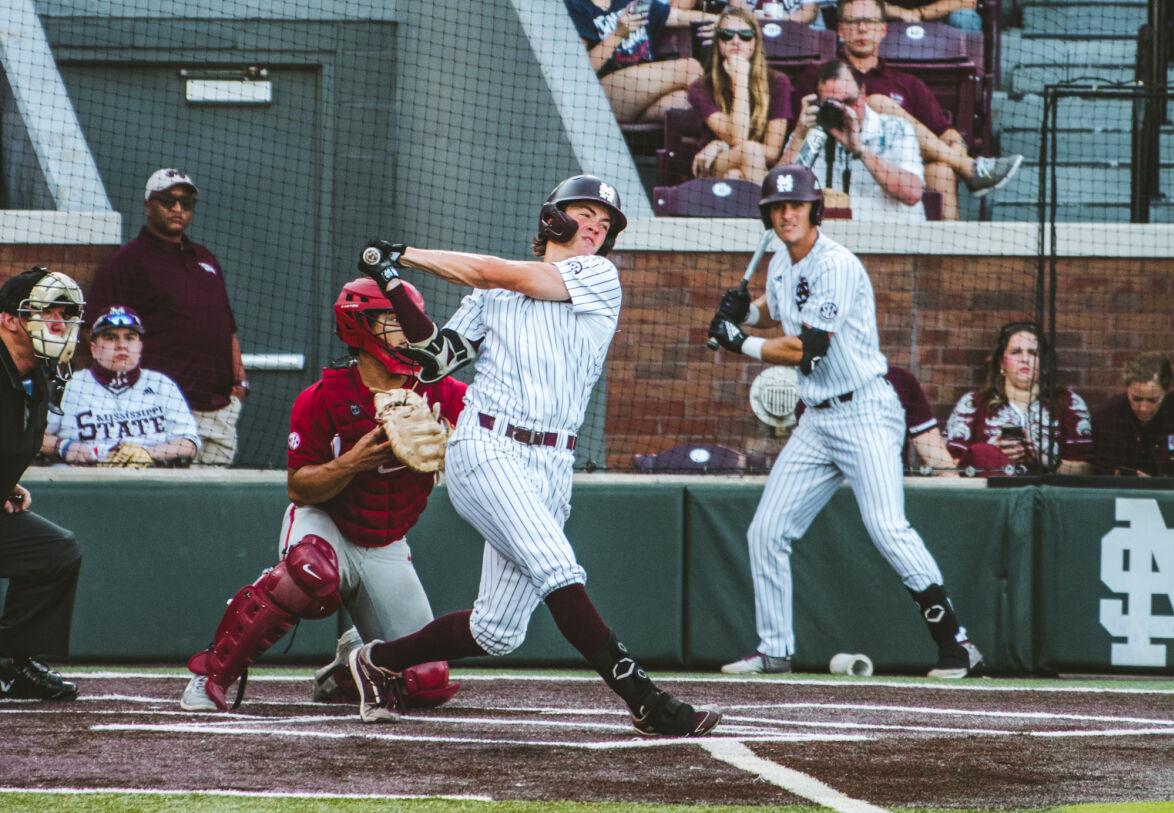 Kellum Clark swings away in this past weekend’s scrimmage. 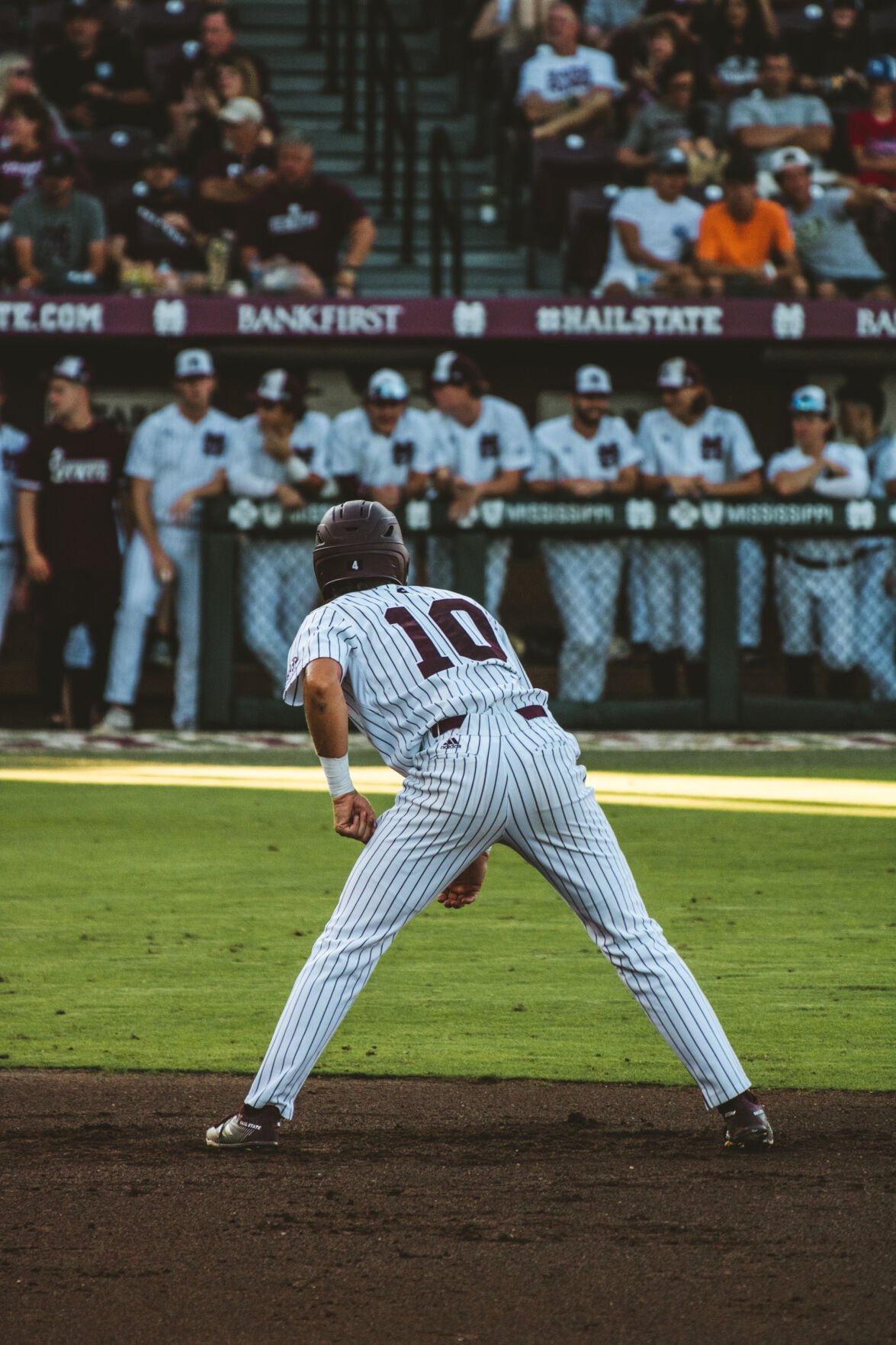 Revy Higgins III prepares to run the base path against Alabama.

Kellum Clark swings away in this past weekend’s scrimmage.

Revy Higgins III prepares to run the base path against Alabama.

The fall Diamond Dawgs were in full swing at Dudy Noble field and reigned victorious against the University of Alabama Crimson Tide.

In true Diamond Dawg fashion, the first out of the game was a strikeout by sophomore pitcher and national champion Jackson Fristoe. Then, unfortunately for MSU, the second batter homered to right field to give Alabama an early 1-0 lead. However, Bulldog pitching remained strong despite losing their Friday and Saturday starters along with multiple relievers to the big leagues, as this was the only run Alabama could manage until the 14th inning.

The Bulldog batting isn't all that bad either.

With many familiar names and faces, it is easy to gloss over the new Diamond Dawgs, but leadoff batter Jess Davis refuses to be overlooked. Davis led off with a deep ball to left that many fans initially believed would leave the field, but it missed by a hair. While this didn't tie the game, Davis came out swinging and proved that moonshots are not impossible for the University of Alabama at Birmingham grad transfer. According to Head Coach Chris Lemonis not only is Davis a hard hitter, he excels in defense as well.

Another grad transfer, RJ Yeager from Mercer, also stood out by being the first Bulldog to make it on base in the second inning. Granted, he was hit by the pitch thrown by Ben Hess, but a base is a base. Unfortunately, this freebie was unable to turn into a run as freshman Hunter Hines and senior Brad Cumbest both flew out to center field.

The good news: the Dawgs were making contact. Contact is a great place to start and the nation has seen what happens when the Bulldogs and their bats get hot. In addition to contact, MSU is already off to a better start when it comes to leaving batters on base. MSU left four fewer batters on than their opponent. This is something our beloved championship team seemed to struggle with throughout the season, and it's a problem that if resolved, can mean an extremely dangerous offensive team.

To add to the possibility of an offensive powerhouse coming out of Starkville, the batters were doing a phenomenal job at watching the ball.

In 14 innings against a SEC opponent, only one batter struck out looking and six earned a walk.

But the glory does not go solely to MSU's offensive success. Pitching played a crucial part in this win as well. After all, defense wins championships.

Again, it was comforting to see national champion Preston Johnson own the bump and strike out two guys each inning he pitched, but some of the new Dawgs have quite the arm on them as well.

True freshman Cole Cheatham only pitched one inning like most of the staff, but he made it count. He started the inning by allowing a base hit to Alabama junior Owen Diodati, but quickly recovered by forcing Zane Denton to line out to sophomore shortstop Lane Forsythe. Cheatham followed this up by striking out William Hamiter, but then walked the following batter. Cheatham ended his outing with a three pitch strikeout, but the third strike was dropped and sophomore batter Bryce Eblin was out before he could reach first.

The Diamond Dawgs proved to have a solid foundation with this 3-2 victory over Alabama. With this foundation and the multitude of experienced leaders the new Dawgs can follow, this team is bound for success come spring.

"Just try to give them as much advice as I can. Just show them the ropes. All of us old guys try to tell them from our experience what we expect — not just as players, but what the coaches expect, what the fans expect from us," Luke Hancock said in the same press release.

Apparently, note taken. MSU baseball will resume its fall World Series this week as they look to keep preparing for the spring.