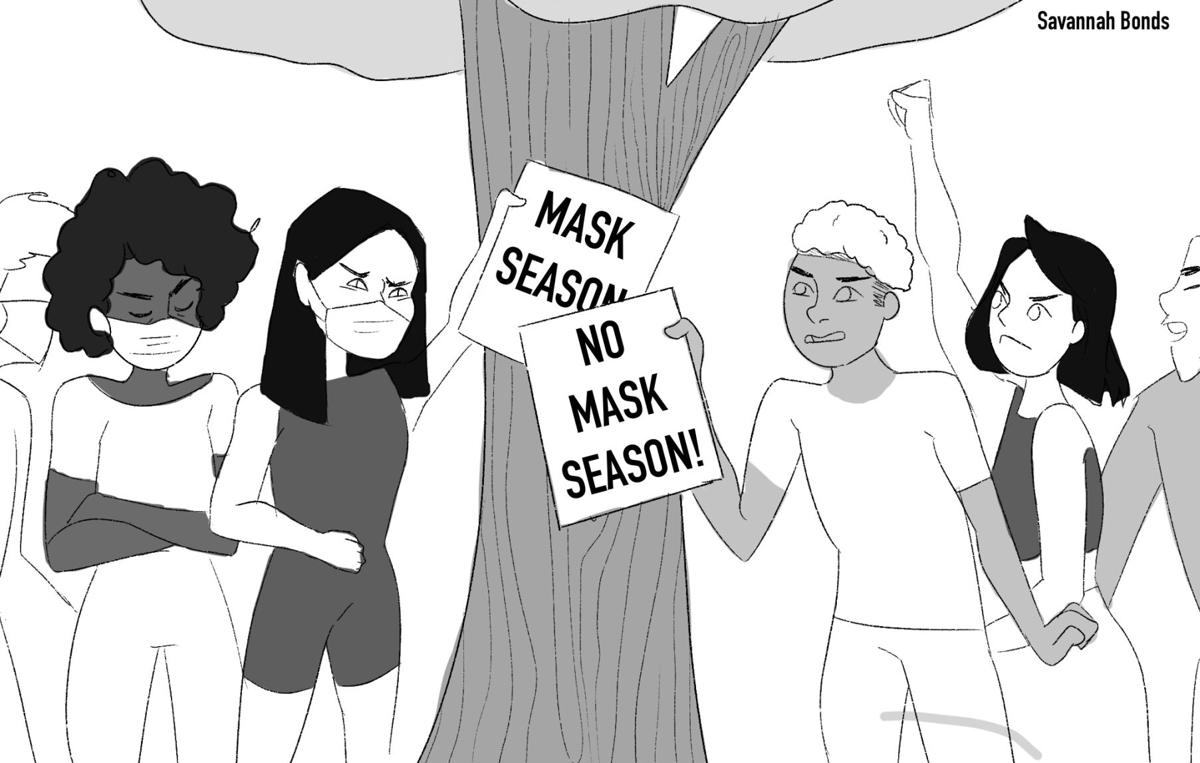 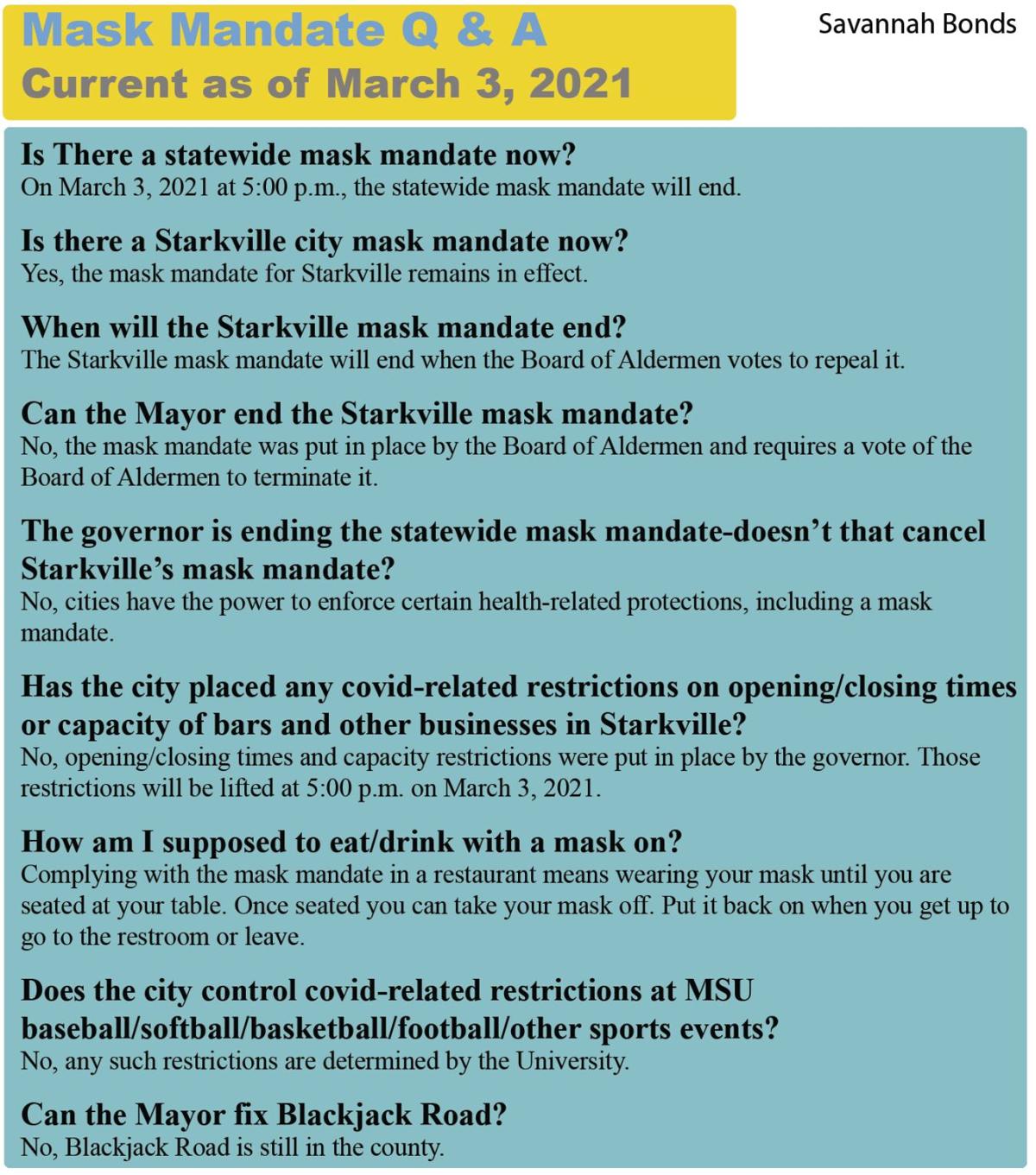 Last Tuesday, Gov. Tate Reeves announced he will be suspending business regulations as a result of the COVID-19 crisis as well as a lifting of the mandatory county mask mandates which have persisted since the beginning of the pandemic. After months of massive government overreach, billions of dollars of damage done to the Mississippi economy and a general erasure of basic American rights which define a free society, the nation seems to be trending in the right direction to the long promised return to normalcy.

While I will not praise government officials for returning the wrongfully taken freedom guaranteed to every American citizen, I am thankful the petty autocrats, who were beginning to grow a little too comfortable in their new roles, are finally taking their hands off the levers of power, and people can finally return to their normal lives. We are in the twilight of this crisis. Massive government empowerment has rendered itself unnecessary, and fortunately, we live in a state which recognizes that new reality. In lifting the restrictions imposed by the COVID-19 crisis, Gov. Reeves can begin to undo the damage caused to the state.

The nature of the pandemic has shifted into our advantage. We are armed with new weapons against this, as well as increased knowledge regarding its transmissibility and lethality. Additionally, more favorable weather conditions have placed the state of Mississippi in a stronger position against the virus as we pass the one-year anniversary.

Even still, government management of the pandemic has been a colossal failure since the beginning of COVID-19 as lockdown policy is holistically ineffective in the efforts to limit the spread. Take a state like California for example. To this day Gov. Gavin Newsom has not lifted his lockdown orders, and the state is still experiencing 73 deaths per every 100,000 people, as reported by the Centers for Disease Control and Prevention as of March 6. Contrast that number to a state like Florida, where Gov. Ron DeSantis allowed people to calculate their own risks for themselves without implementing statewide mask mandates or lockdowns, and the figure is around 58 deaths per every 100,000 — a negligible difference, especially when factoring in the demographics of each state.

This statistic is intended to illustrate the point that no amount of government interventionism is going to act as a cure-all. From one extreme to the other, the differences in results when it comes to case numbers and death numbers are negligible.

DeSantis was aware of this fact early into the pandemic, and Reeves is aware of it now. Only true authoritarians like Newsom and New York governor Andrew Cuomo refuse to recognize the reality. And the reality is their garbage policy has real economic consequences for the people of their states whose livelihoods are being ruined as a direct result of the decisions these governors make.

According to Danielle Wiener-Bronner with CNN Business, "About 60% of the businesses that have closed during the coronavirus pandemic will never reopen." Putting that number into perspective, of the nearly 164,000 businesses which closed as a direct result of COVID-19 lockdowns, around 98,000 of them will not reopen when normalcy returns.

Government red tape, social distancing rules, new sanitary regulations and contactless payment put an enormous strain on businesses' already razor-thin profit margins, and with no end in sight for small businesses in lockdown states, making ends meet is an impossible endeavor. Millions of Americans will return to jobs which no longer exist, and this is a direct result of politicians acting irresponsibly with the emergency power they gave themselves to the detriment of the American people.

Only through our elected officials exercising restraint in the application of their power can we hope to be put on the road to economic recovery. Florida understood this, and now, Texas and Mississippi will be rewarded in a post-pandemic world with less irreparable damage to the job market and economy which extended lockdown policy promises.

Fortunately, the American people at large are recognizing this fact of life as well and are resisting the trampling of individual rights. According to Betsy McCaughey of The New York Post, "In California, a recall effort against Gov. Gavin Newsom has amassed more than 1.5 million signatures." A similar effort is present in New York against Gov. Cuomo after the scandal emerged regarding his treatment of elderly COVID-19 patients and nursing homes, according to Evan Halper and Seema Mehta of The Los Angeles Times.

The reckoning is coming; people are not going to stand idly by and watch the erosion of individual rights. Hopefully, the courage to stand up against tyranny, as modeled by Gov. Abbot and Gov. Reeves, will sweep across the nation and stand for the true normal and American way of life.