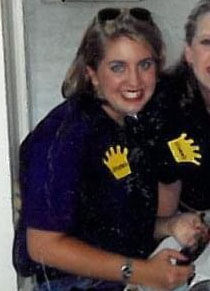 It was early on the morning of Sept. 11, 2001, when Annemarie Bohn, the Reflector news editor, put on her "Trust me, I'm a reporter" T-shirt and walked to her 8 a.m. class at Allen Hall on Mississippi State University's campus. She had no idea what would happen in New York City when she chose her shirt that morning.

Bohn, who then went by her maiden name of Annemarie Beede, arrived early to tell her teacher she would not attend class that day because she was sick with the flu. However, as Bohn walked into the classroom, the instructor canceled the class for the day. Bohn did not pay attention to why the teacher canceled, though, because she was concerned about her illness and needed to see a doctor at the Longest Student Health Center.

MSU then canceled all classes and activities on Sept. 11.

At the health center, Bohn watched the television as a second plane struck the World Trade Center's south tower. At the time, the television news reporter called the attack a small plane crash that just happened in New York City.

A nurse called Bohn into the doctor's office for her appointment. She then took Bohn's temperature, and it was an alarming 104 degrees. As Bohn and the nurse sat in the examination room, Bohn asked if she knew anything about the plane crash. The nurse said she did not know all the details, but some reporters thought the plane crash was a terrorist attack.

Bohn was in shock.

Apologizing to the nurse for abrupt departure, Bohn rushed from the health center to McComas Hall to find her Reflector coworkers and Frances McDavid, the newspaper's faculty advisor at the time.

It was around 8:15 a.m. central time, just 10 minutes after the Boeing 757 aircraft struck the south tower, when Bohn left the health center. As she walked to McComas, chaos ensued across campus.

Drivers honked their horns, and everyone was yelling, "Oh my God! We are under attack! We are in war!"

Bohn's sorority sister Kim George noticed Bohn as she was driving through campus, so she pulled over, pounded at the car door and yelled through her sunroof.

"Beede, did you hear? Oh, my God," George said as tears streamed down her face. "This is crazy! We're under attack."

Bohn noticed people taking off their hats and dropping to their knees to pray.

The thought "Is this real?" kept running through Bohn's mind. Her five-minute walk to McComas Hall seemed eternal as doom spread over the nation. At last, she made it to McDavid's office.

McDavid said she had not planned to be on campus until later that morning because she did not teach early classes. However, while she was getting ready for work and watching the news at home, she saw the second plane hit the south tower and jumped into action.

After the second attack, McDavid called to get approval from the board to print a special edition of the Reflector.

At McComas Hall, McDavid, Bohn and other Reflector staff gathered around a television and watched in horror as the first tower collapsed.

"We saw it live," Bohn said as tears filled her eyes.

McDavid told Bohn she believed passenger planes crashed into the towers, not small planes like most people thought.

"Passenger planes," Bohn said in a panicked tone. "What do you mean?"

At that moment, Bohn, McDavid and the Reflector staff realized civilians on the planes had died. They now knew that people in the Twin Towers were dying too.

Everyone froze in shock. No one could cry yet because they were too stunned to believe it was real.

Still fighting the flu, Bohn took over-the-counter medicine that made her feel slightly disoriented, furthering the disbelief she already felt.

"I didn't cry for two days because I was in so much shock," Bohn said.

Bohn immediately started taking notes. As news editor, her responsibility was to write accurate news stories about the tragedy and how it affected the MSU community.

Rumors of attacks in Washington, D.C., swirled around the country. When the terrorists targeted the Pentagon, Reflector staff member Betsy Allison cried and panicked because her father was supposed to work at the Pentagon that day. She did not know if he was alive after the attacks.

"I can't get him on the phone," Allison said to her coworkers.

"We were thousands of miles away, but we were in mass confusion, too," Bohn said, "and we felt very connected to it."

Allison tried calling her father all day. Hours later, she received a call from him, and he said he was late on his way to work that day, so he never made it into the Pentagon.

Meanwhile, the Reflector staff watched the television in McComas with rapt attention as they tried to organize the order of the attacks that morning. After seeing the World Trade Center towers fall, McDavid called an official Reflector meeting, and the staff began working on a special edition of the Reflector.

Bohn immediately started calling local news stations to clarify the news. In 2001, the news was not as organized as it is today. Additionally, the public did not know the order of events that day yet. Bohn spent hours on the phone that day with news stations, newspapers, reporters and several sources.

As Bohn wrote her articles, she focused on each detail. The news editor included the order of the terrorist attacks in her article, which was especially important at the time. Bohn knew she had a huge responsibility, and she was determined to get the facts correct.

"We knew it was most likely going to be the biggest story of our lives," Bohn said.

Sick as a dog and running on little sleep, Bohn had a long, tiring day as she frantically wrote and edited articles and perfected the page layouts for the newspaper. She was sweating through her clothes and surviving on over-the-counter medication and the Chinese food she had for lunch.

The editors stayed in the Reflector's windowless office until 2 a.m. Sept. 12, when, at last, they completed the Reflector Extra, put the newspaper on a hard disk and handed it to a local courier who printed the paper in a nearby town.

At the end of the long day, Reflector photography editor Will Smith pulled out the office's shared guitar and strummed peaceful melodies to comfort his coworkers as they left the office.

When Bohn arrived at her apartment at about 3 a.m., she turned on the television and noticed information scrollers on every channel, even the Lifetime channel, updating viewers on the attacks.

Wednesday, MSU resumed classes. On Bohn's walk to class that day, she noticed people studying the newspaper, reading every detail in disbelief.

The nation united after the attacks. Everyone was patriotic. People were more compassionate.

"Everybody came together," Bohn said.

The Columbus Dispatch awarded Bohn with a scholarship for 'Excellence in Writing' for her Sept. 11 reporting. The news editor won many awards that year, but Bohn said that was the only scholarship she won, and she was proud of it.