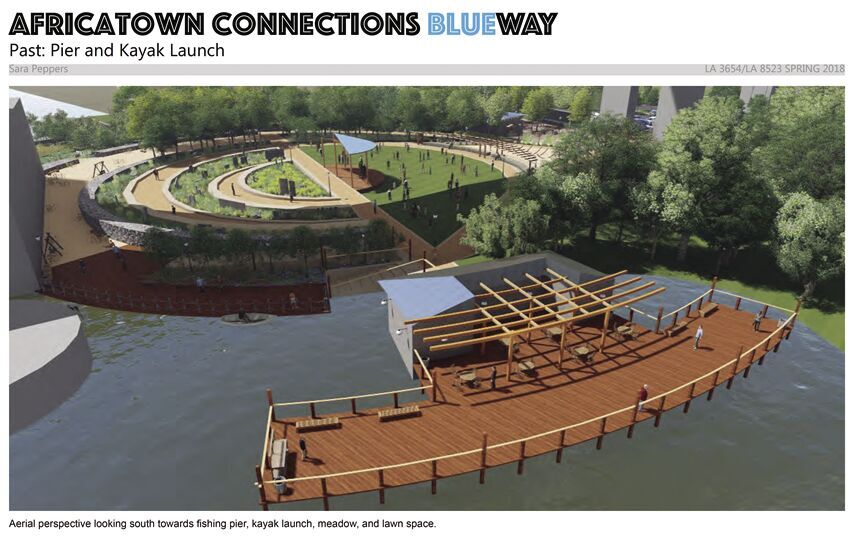 A CGI rendering of the kayak launch park on the Africatown Connections Blueway. This plan was recently awarded the Project Excellence Award. 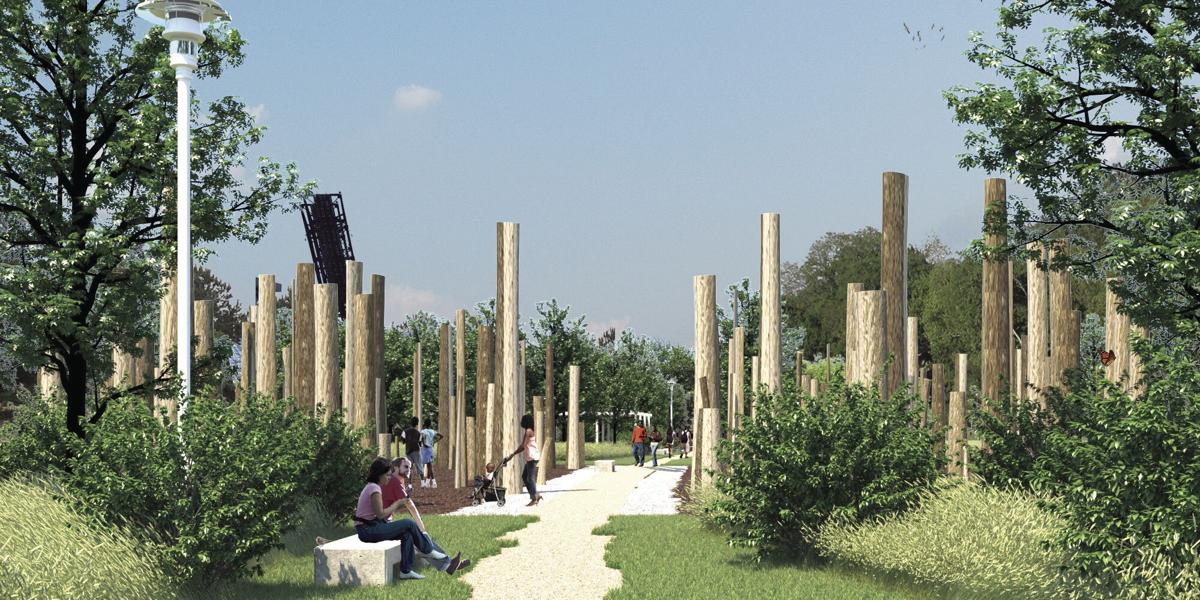 This plan commemorates the slaves brought to the U.S. on the Clotilda.

A CGI rendering of the kayak launch park on the Africatown Connections Blueway. This plan was recently awarded the Project Excellence Award.

This plan commemorates the slaves brought to the U.S. on the Clotilda.

Mississippi State University faculty and students of the department of landscape architecture were recently recognized for their continued work at Africatown, a community near Mobile, Alabama.

Over the past few years, MSU has partnered with other organizations, such as the National Park Service, in order to help the community of Africatown find solutions to the problems they face and rejuvenate the struggling town.

MSU's most recently completed endeavor in the community was a series of projects involving the Africatown Connection Blueway. The Blueway, according to Joe Womack of Bridge the Gulf, is a series of walking trails and water trails that connect Africatown to different areas of the community. MSU added onto previous work with the addition of a kayak launch center as part of the Blueway.

According to Bob Brzuszek, professor of landscape architecture and one of the instructors involved with the Africatown projects, the Blueway work was an effort to bring an appeal for tourism to Africatown by using the limited resources available, such as a natural waterway.

The recent kayak launch center was awarded with a Project Excellence Award by the Society of Outdoor Recreation Professionals, an organization which deals with parks, sports and other recreational environments.

Africatown was founded in the 1800s when the last known slave ship to cross the Trans-Atlantic slave route, the Clotilda, landed there. The slaves that arrived were isolated from other settlements and began to hunt, gather and farm the land around them. The independence they found attracted a larger population until the settlement reached a peak of 12,000 citizens.

In the 1950s, however, significant industrial development and the construction of an interstate isolated the community further, cutting off easy access to reliable food sources and other amenities and causing the population to dwindle.

The work in Africatown is far from over. Brzuszek, faculty collaborators and the undergraduate and graduate design students are currently working on the plans for a community garden in Africatown. Simon Powney, a lecturer in the department of landscape architecture and one of the main designers involved with two of the Blueway sites, is working with Brzuszek on the Africatown eco-garden.

Powney's goal for the eco-garden is to strengthen historical and cultural ties in the community by providing an opportunity for residents to not only have a reliable food source, but to also allow them to return to their roots.

"We are putting together a community garden in hopes of getting the local residents back to their roots of gardening, producing and being more self-sustaining. Since the original settlers arrived on a slave ship, the community back in the late 1800s was very self-contained and reliant on hunting and gathering in the marshes. The community was very isolated, so the garden is a play on that. We are trying to help reinstate a feeling of sustainability," Powney said. "We want this garden to serve as not only a good source of food but also as an educational and cultural garden."

Powney reiterated the importance of the garden due to the location of Africatown in a "food desert." There are no grocery stores or gas stations within the community, so the gardens will serve as a part of the solution.

According to Powney, one of the most important driving factors behind these planning projects are the students involved.

"There are young students working on this project. They aren't encumbered by the realities of trying to get a project moving, so they have lots of ideas and energy. They come up with things that you might not think of as solutions. They can see issues in a new light and clearly create," Powney said.

Powney believes the collaboration between these young students and the long-time residents of Africatown allows the project to provide an image for the future of the community.

For Brzuszek, the drive of the community makes the project worthwhile.

"This project is significant because the community is significant. Everything is community-driven, and they are interested in making sure that they have reliable supplies and access to fresh food, clean water and clean air. They are trying their best for their children and descendants to make sure that they are maintaining a good quality environment like they were provided with," Brzuszek said. "To me, it is very refreshing to work with people that are so concerned with the long-term success of their community and to be able to assist them on this."

Chuo Li, an associate professor in the department of landscape architecture and collaborator with the Africatown projects, believes the work MSU students and Africatown residents have done together has established a reliable future for the community.

"This project is a service-learning project for the students. This is a great educational opportunity where they can be involved with a real project with real issues. These students are able to really work with the community and really contribute their knowledge to improve the quality of life for the people there. For the community, this project has brought in this new perspective for what this community could be. I think before we were involved, they probably were not able to imagine that there could be lots of opportunities for the community such as developing a community garden, or promoting tourism or to reconnect the people with nature and their cultural history," Li said.

Li believes the historical and cultural significance of the community drives MSU's efforts and contributes to the weight of the success they have had.

"We are trying to help rebuild and reconnect the community," Li said. "Africatown has a unique and significant history that makes the site itself very meaningful. We want to preserve the history, the culture, the social fabric and the environmental integrity, and that all makes this project a significant experience."