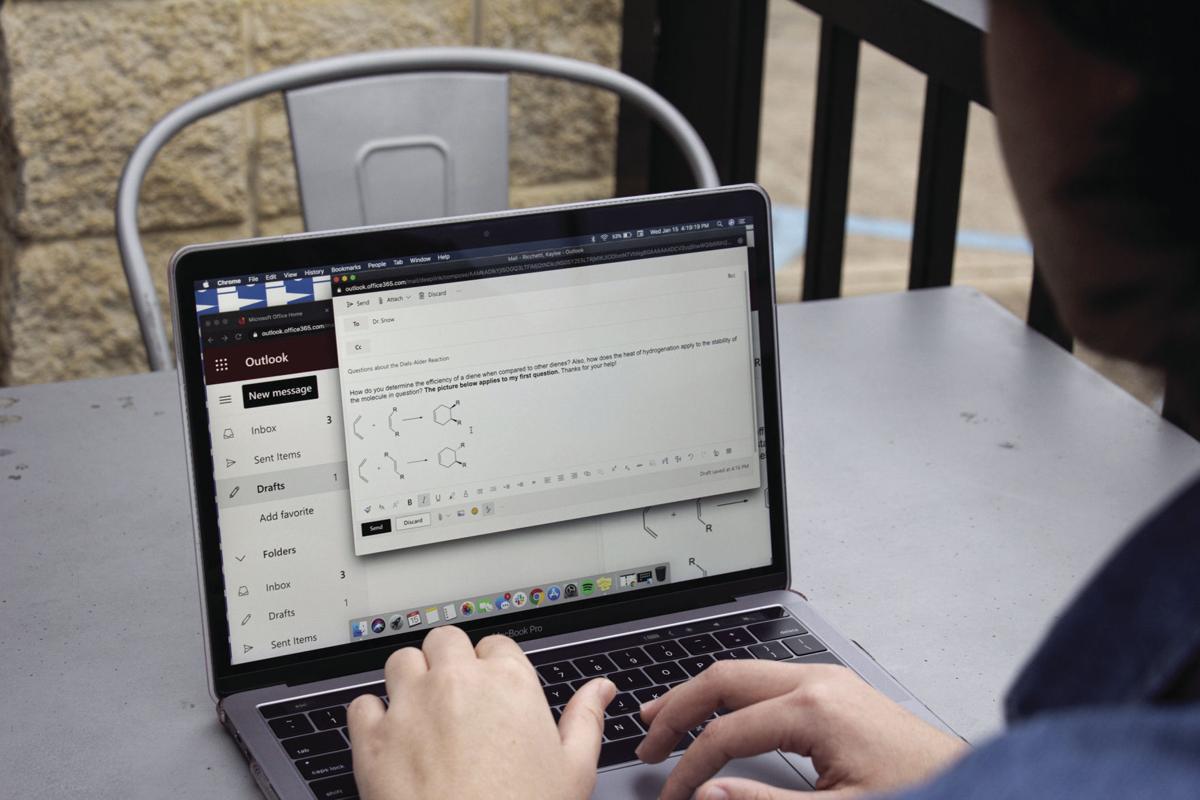 A student sends an email through Outlook, the Microsoft email app. All MSU student emails will be switched to Outlook on Feb. 26. 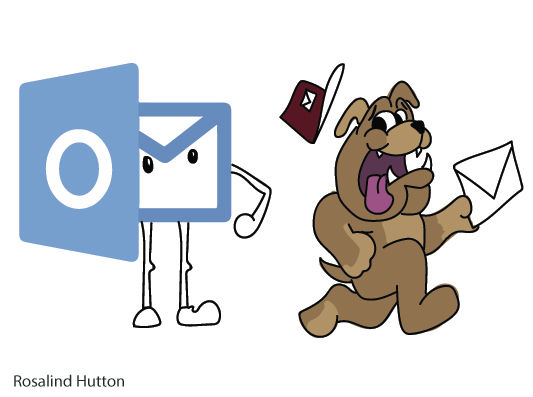 A student sends an email through Outlook, the Microsoft email app. All MSU student emails will be switched to Outlook on Feb. 26.

On Feb. 26, Mississippi State University’s Information Technology Services will be switching all MSU students’ emails from their Google accounts to Microsoft Office 365.

Students’ Bully Mail accounts will stop receiving emails, and all emails will be transferred over to Outlook, Microsoft’s email system.

The change comes in response to Resolution 11 passed by MSU’s Student Association.

SA president Jake Manning said Steve Parrot, MSU’s CIO, approached him and advocated for the many benefits of switching students’ emails from Gmail to O365.

The Office 365 email system will not only let the students access the entire Office Suite and provide resources for collaboration, but it will also connect students and faculty with the same email system and provide further spam protection.

Gerhard Lehnerer, director of Information Technology Infrastructure at MSU, said the email switch will give students access to more resources, including five terabytes of storage on OneDrive.

Similar to Google Drive, Microsoft has its own cloud-based software service, which allows students to access the Office Suite on their browser, yet also have the option of downloading the programs onto their computer.

Additionally, Manning said the majority of professional workplaces use Microsoft rather than Google and it will benefit students for them to become familiar with Microsoft products.

“The other huge selling point that people don’t care about—and it’s my job to care about—is like 80% of American companies use Microsoft Suites, so it’s just foolish. If 80% of our students are going to be using it in the professional world, then it’s just silly not to provide them the opportunity to get accustomed to it, practice with it, learn all of the Microsoft software while they’re here,” Manning said.

Currently, students and faculty have separate email systems and combining everyone into one system will be beneficial for multiple reasons, Lehnerer said.

Professors and students will be able to work together seamlessly through Microsoft apps such as Teams and the Outlook calendar, which will allow students to see if professors are currently available or easily check their office hours.

“It is our hope that office hours—everything—is run through the calendar. Or if your professor’s just ghosting you, you can go look at the calendar and be like ‘oh, dude’s at a conference,’” Manning said.

Teresa McMurray, the director of User Services at MSU, said a feature of Outlook that will boost the ease of student-teacher collaboration is the global address list, also known as GAL. Rather than typing in a specific email address, students will simply be able to type in the name of a professor or fellow student in the address line. The person’s contact information will pop up, including their title. The only problem with this, McMurray said, will be with common names that are in the database multiple times.

Additionally, Lehnerer said, because staff, including ITS staff, will be using the same email system as the students they will have a much greater understanding of any issues that arise.

Lehnerer also said the new email will provide students with more opportunities for collaboration through Microsoft Teams. Similar to the Slack app that workplaces and groups use for communicating tasks, Teams will allow students to connect and work together digitally. Unlike Slack, students will not have to make another account, they will already have the Outlook account that allows them access to Teams. Additionally, through GAL, adding members to the team will be quick and easy.

Some students, those employed in on-campus jobs, have already experienced the switch from Bully Mail to Outlook.

Stephen Creel, a former student worker in ITS who has already experienced the switch, said he sees no downsides to the move from Gmail to Outlook.

“I think it’s going to be pretty beneficial,” Creel said. “You’re getting more than you’re losing."

The only problems Lehnerer said he foresees with the transition are having to uproot those who have become comfortable using Gmail.

“Fundamentally, we’re going to get email from here to you in a different place and it’s just the comfort level. I think that’s the only real drawback to this move,” Lehnerer said.

McMurray said a smooth transition will be dependent on communication and students being aware their Bully Mail account will no longer be receiving emails. They will also need to reconfigure their mobile devices with the new email account.

Lehnerer said they are facilitating the switch in the middle of the school year so students will be on campus and have easy access to ITS help if they need it. McMurray said there will be extra workers available at the ITS help desk on the day of the switch.

“We want this as seamless as possible, we don’t want students frustrated. Please don’t be up there being mad, just come by and we will help you,” McMurrary said.

Creel said he did not foresee many issues from the switch but emphasized ITS is there to help.

“I don’t think any issues are going to arise as a result and of course if they do- because things always happen- that’s what ITS is there for, that’s why we’re here,” Creel said. “If anything does arise we get on it, we knock it out, we find the solution.”