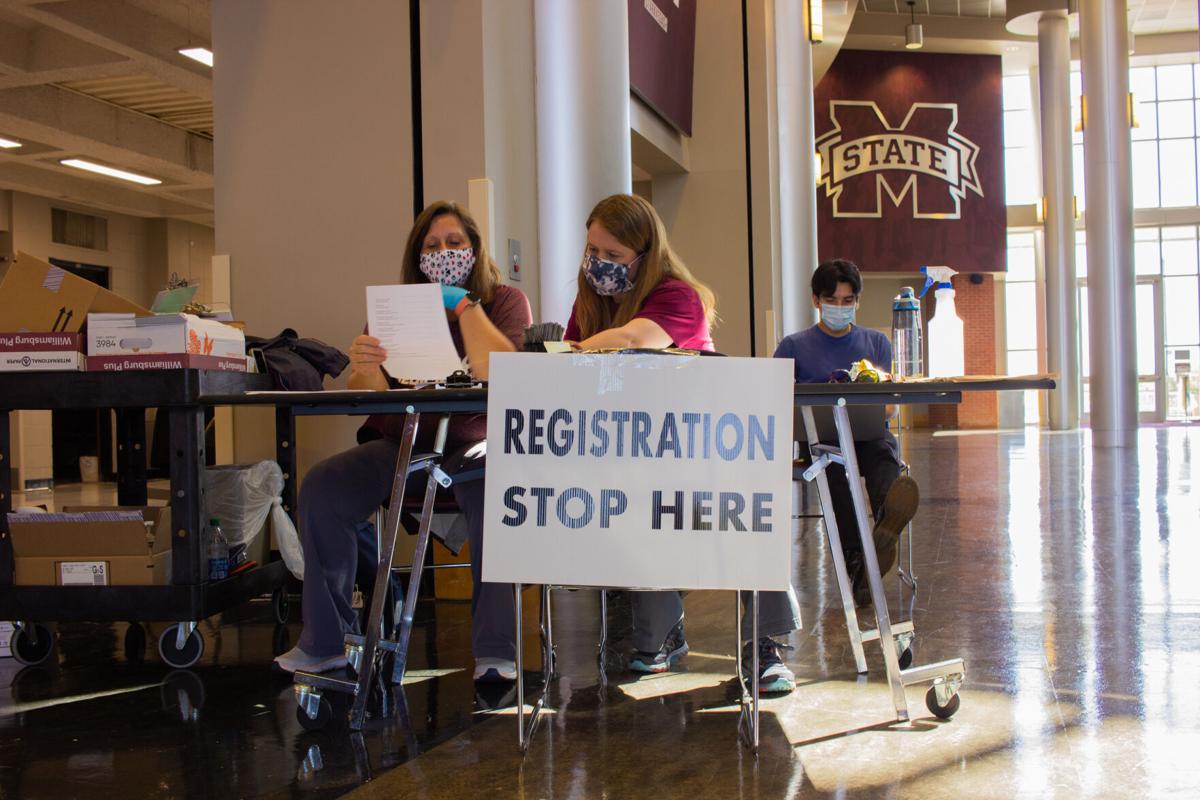 Mississippi State University is hosting pop-up vaccination clinics around campus. Pictured is a vaccine clinic in the Humphrey Coliseum. 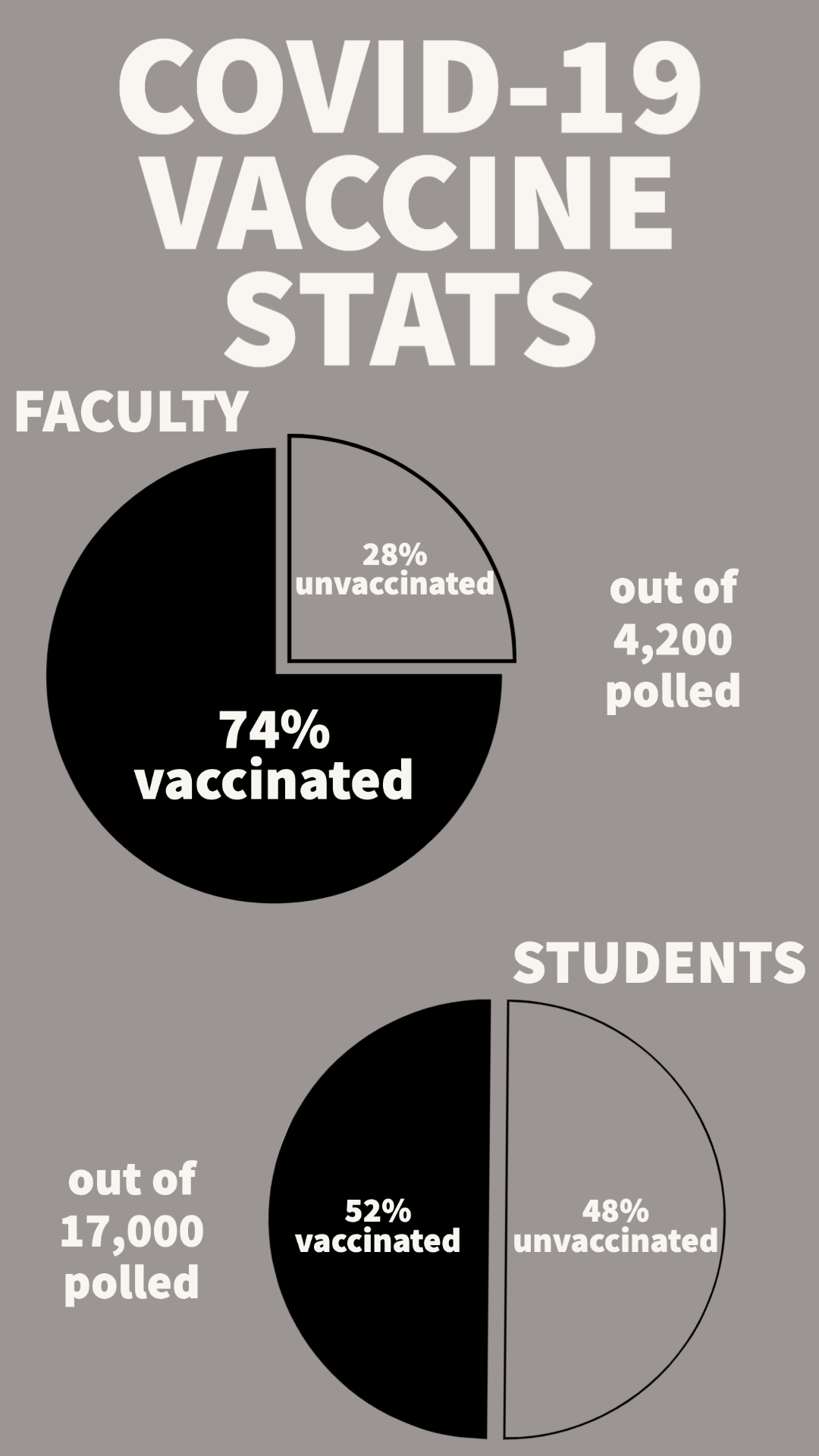 Mississippi State University is hosting pop-up vaccination clinics around campus. Pictured is a vaccine clinic in the Humphrey Coliseum.

In their Sept. 10 meeting, Mississippi State University's Robert Holland Faculty Senate passed a resolution 20-15 calling on the university administration to petition the Institute of Higher Learning's Board of Trustees to pass a COVID-19 vaccine mandate.

The university's response, sent via an email to the Reflector from MSU Chief Communication Officer Sid Salter, said MSU would continue to comply with the IHL's directive to refrain from mandating the vaccine, but would continue encouraging the vaccine through various incentive programs.

"First and foremost, we will seek guidance from the Board of Trustees of Institutions of Higher Learning. It is important to note that the MSU administration is relying on guidance from the IHL Board in which the Board adopted the following language regarding COVID-19 pandemic policies within Mississippi public universities. A motion was made that, except for clinical settings within institutions, centers, departments and programs, 'institutions are directed to refrain from mandating the COVID-19 vaccination as a condition of enrollment or employment.' The motion passed on a 9-2 vote," the email stated.

The motion mentioned in the statement was passed on Aug. 27 in an emergency IHL Board of Trustees meeting called following FDA approval of the Pfizer-BioNTech vaccine.

To open the emergency meeting, IHL Board of Trustees President Walt Starr made it clear this was a discussion on the vaccine mandate, not the vaccine itself.

"I think we all agree that more people getting vaccinated is the way to go to get us out of this crisis, so we're not here to debate the vaccine versus no vaccine, we are here to discuss encouraging versus mandating the vaccine and provide some direction to our universities," Starr said.

The two IHL Board members who are physicians, Trustee Steven Cunningham and Trustee Alfred McNair, spoke first and made it clear they were in favor of a vaccine mandate because of the amount of young people they have seen die from the Delta variant of COVID-19. However, the other board members did not agree with the mandate and a motion was passed that directed Mississippi public universities not to mandate the vaccine at this time.

The board mentioned they would continue to monitor the situation and might revisit the issue later.

One of the main factors mentioned in not mandating the vaccine was that it would be unfair to current students who would have enrolled under the pretense that they were not required to take the vaccine. The board mentioned concerns of students dropping out who were set on not receiving the vaccine.

Several Faculty Senate members questioned whether the university had to listen to the IHL, or if they were just choosing to defer to them.

After an IHL Board of Trustees meeting on Friday in West Point, IHL Commissioner Alfred Rankins told the Reflector that if an institution did choose to mandate the vaccine they would not be complying with the guidance of the IHL.

"If they did that (mandated the vaccine) that would not be in line with the directive from the board," Rankins said.

Additionally, MSU legal counsel Joan Lucas clarified that, under Mississippi law, the university legally has to follow the guidance of the IHL.

"Accordingly, we cannot legally ignore a directive of the IHL Board as we are legally under their management and control," Lucas stated in an email to the Reflector.

In the Faculty Senate meeting where the vaccine mandate resolution was passed, discussion about the resolution and amendments lasted for nearly two hours.

Senator Thu Dinh of the College of Agriculture and Life Sciences was one of the only senators to express his disagreement with the mandate. He read a letter from a faculty member in his college that mentioned several reasons to not mandate the vaccine. These included the vaccine's newness, free choice and the fact that the vaccine does not always prevent infection. Dinh then added his own comments. He mentioned that in his home country of Vietnam, which has been hit hard by the Delta variant, the government has been very heavy-handed in dealing with COVID-19. His parents were forced to quarantine for over a month and a half and were dragged onto the street daily by the army to be tested. By now, they have been tested for COVID-19 nearly 150 times — with all the results coming back negative. Dinh's point was that there is a limit to what the government should force on the people.

However, other faculty members were adamant that a mandate is what needs to be done for the safety of their families and the students.

In an interview with the Reflector, Kimberly Kelly, a senator from the College of Arts and Sciences who helped write the resolution, expressed her frustration that the continued problem of COVID-19 could be easily mitigated by a vaccine mandate.

"We have the means to prevent this. If more people had gotten vaccinated we wouldn't be where we are now. We could be on the other side of the pandemic," Kelly said.

Kelly also said she hopes the university sees the resolution as leverage to talk to the IHL about the mandate.

"I think the message the IHL needs to get is that there is a lot of support from below for these mandates," Kelly said.

Alexis Gregory, a Faculty Senate member representing the College of Architecture, Art and Design who also voted in favor of the mandate, said she is not surprised the university is choosing to stick with the IHL's guidance.

"The Faculty Senate is an advisory board, so we don't have the power that the upper administration does, but we just hope that the administration respects us and listens to our recommendations and understands why we are putting resolutions out there — because of the concerns that we have," Gregory said.

MSU's Faculty Senate meeting came one day after President Joe Biden mandated the vaccine (or weekly COVID-19 tests) for all employers with 100 or more employees, after already mandating the vaccine for all federal workers and millions of government contractors. According to legal counsel Lucas, the executive order concerning companies with over 100 employees does not apply to MSU, but the directive about federal employees and contractors could. The university will know for sure which employees are affected when the Safer Federal Workforce Task Force issues the terms and protocols they have been directed to develop by Sept. 24.