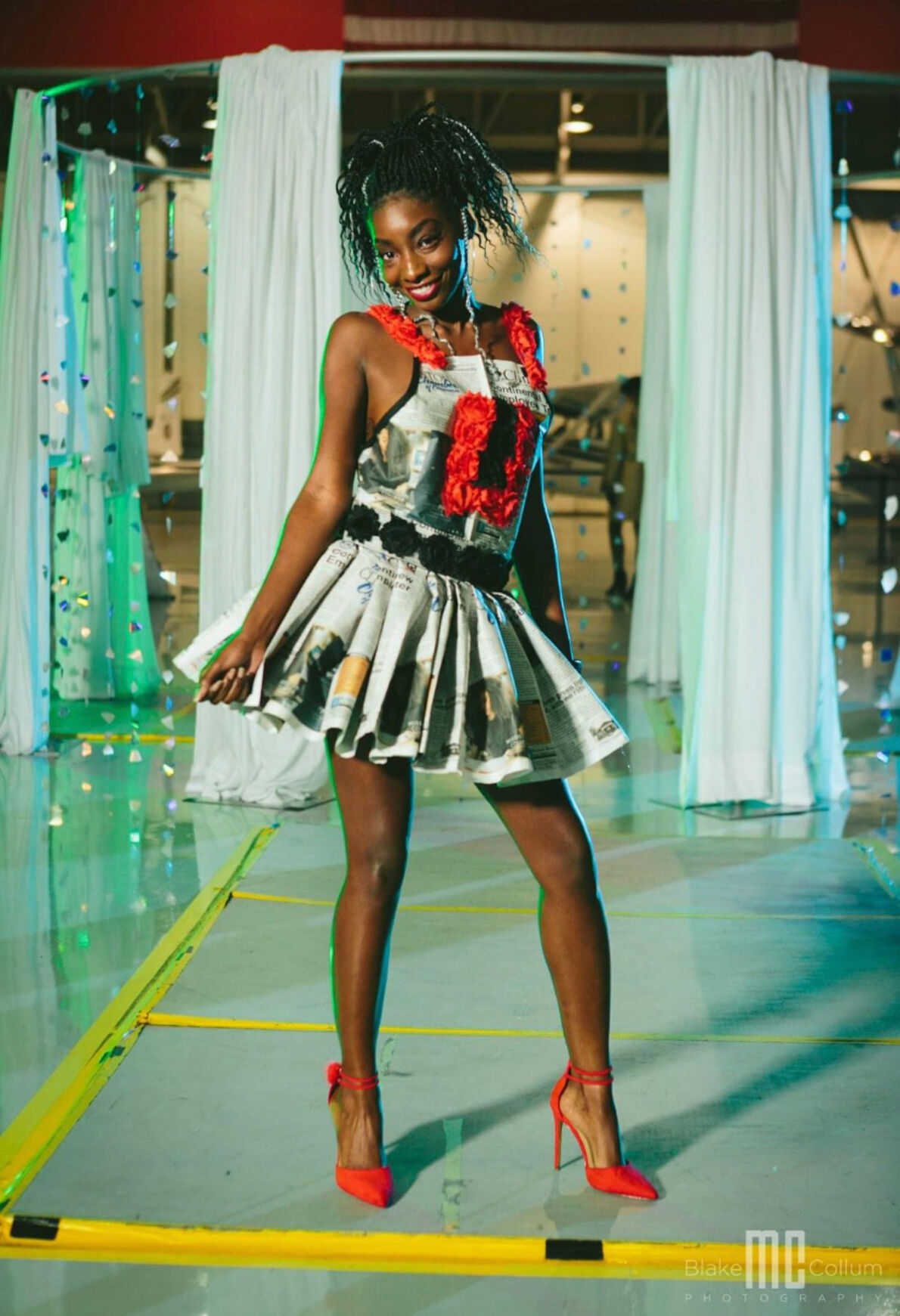 Tia Evans struts the runway at the 2019 show. 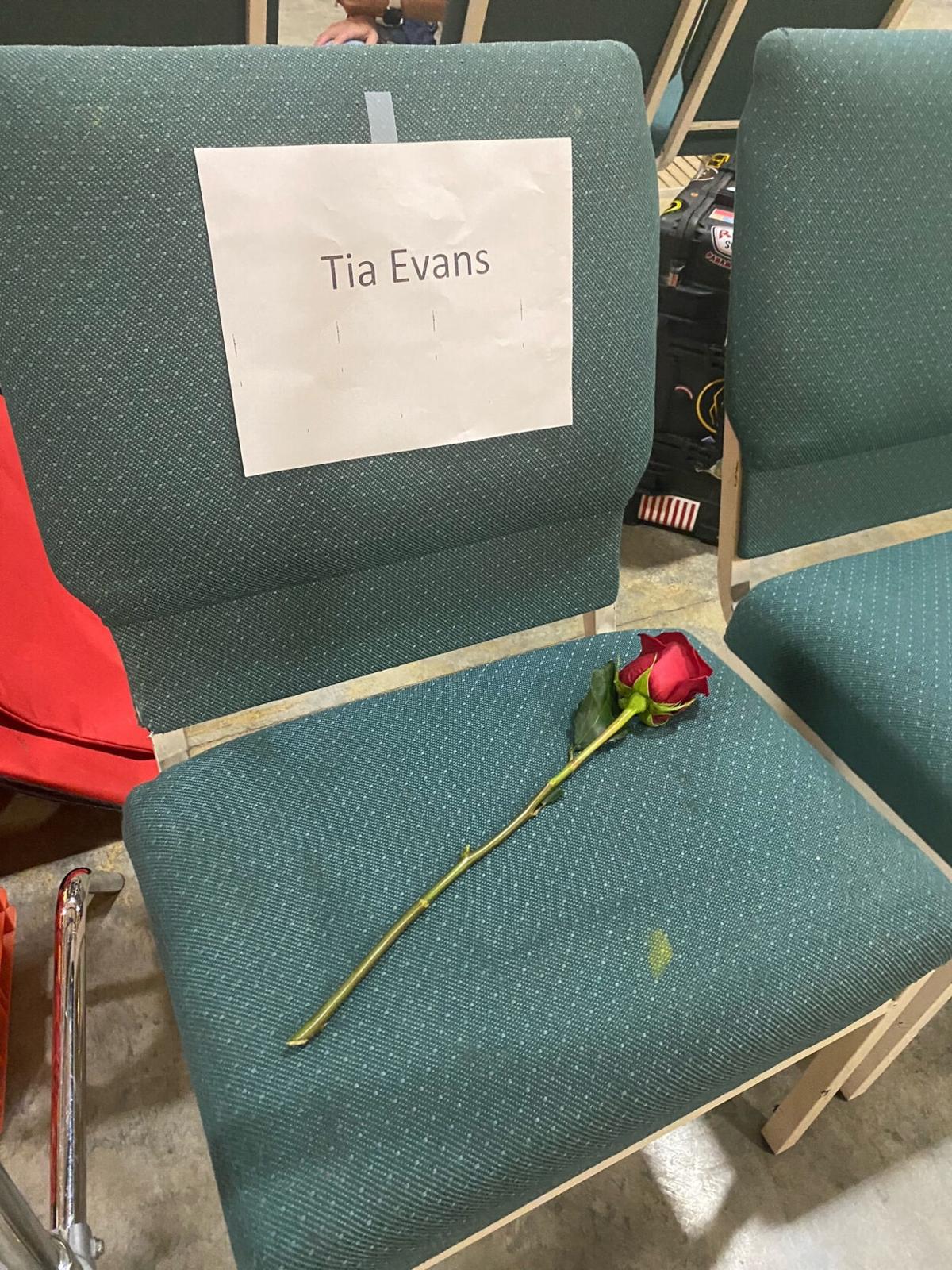 A single rose lays on a seat in the audience of this year’s Fashion Board’s Trashion Fashion Show in honor of Tia Evans.

Tia Evans struts the runway at the 2019 show.

A single rose lays on a seat in the audience of this year’s Fashion Board’s Trashion Fashion Show in honor of Tia Evans.

A single rose and the name "Tia Evans" graced an empty chair in front of the runway at Mississippi State University Fashion Board's 2021 "Trashion" fashion show. Tia Evans, a beloved former student in the fashion department, lost her life to gun violence just one month after walking at her graduation.

In the early morning hours of June 5, 2021, Jackson resident Felita Peace was awoken by a phone call with news no mother ever wants to hear. Her daughter had been shot and killed.

According to Peace, Evans' cousin had recently tried to rob someone at a local park. The robbery victims retaliated against the family, and Evans became a casualty of the crossfire.

The tragedy left ripples of shock and sorrow far beyond Evans' family lines.

Rachel Woodward, a lecturer for fashion design and merchandising and co-adviser of MSU's Fashion Board who taught Evans multiple times throughout the years, said she was the first faculty member to find out about Evans' passing.

At Fashion Board's last Trashion show in 2019, Evans had modeled a skater skirt dress made out of recycled and painted newspaper.

"I honestly picture the last show that she was in … I can just picture her little bright little smile walking by," Woodward said.

Evans had a passion for fashion and design, but most of all for doing hair and makeup. She had already started her own business, Touched by Tia, and styled hair for students and local residents.

"If you called and you booked to get your hair, lashes did, she would do it; she would come to you. You didn't have to wait because she would be there and that's why that was nothing but love shown, nothing but love wholeheartedly," her mother said.

On the night of her murder, Evans was doing what she loved. She had gone over to her grandmother's house in south Jackson to style hair for a client. Her mother did not want her to go because her uncle's house, down the street from her grandmother's, had been shot at earlier that week.

"I said 'Tia I don't think you need to go over there,' and she was like 'Well I gotta make my money,' and I said 'Tia, well you know what, you're grown. If I don't take you, you're going to find someone to take you anyways," Evans' mom said.

According to Peace, later that night, after midnight, a group of men turned onto the road, firing out of their car. Evans was sitting on her grandmother's porch and got up to run but was hit as she was standing up and died shortly after.

Butler and Evans had been in classes together for years and had immediately become fast friends. Instructor Woodward recalled fond memories of Butler and Evans goofing off in class. The two girls were some of Woodward's first students in a sewing lab where they made pajama pants, a skirt and a men's dress shirt.

"I can't always say that Tia loved (the lab). But she was there and always had a smile on her face, loved trying on her garments that were always too big for her. But her thing was to put them on a in class and just be silly," Woodward said.

When talking to anyone about Tia, it is clear that there is one thing about Tia that stood out beyond all else: her smile.

"All I can picture when I think about her is just how bright and how big her smile was," Woodward said.

Butler even said Tia was the reason she came to class some days.

"She did everything with, with grace, with poise. She was really one of my inspirations. She was, she really was the reason I would get up and go to class most of the times, just to see her, just to have her with me in class," Butler said.

Evans was no stranger to adversity in her life. Earlier in college, she lost her boyfriend to gun violence, and 45 days before her death, she nearly died in a car accident.

"I thought we had lost her then," Butler said.

But, despite the challenges she faced, Evans' mother said her daughter was always positive and upbeat.

"She was just a free-spirited person, outgoing person; that was her. She always looked to find the beauty of a situation," Peace said.

This is clearly a life motto that Peace herself lives by. She looks upon her daughter's death as a mercy in disguise.

"I understand life, I understand death. Of course I want my child here today but … apparently the Lord was ready for her. That's how I look at it, and that's the beauty of it all: my child is not here suffering," Peace said.

In addition to dedicating the Trashion show to Evans, the fashion department is working on making a memory quilt for Evans' mom. They are planning to hold a dyeing workshop on Dec. 1 for students to dye the cotton for the quilt. Peace sent a t-shirt from Evans' balloon release to be sewn into the blanket. The purple shirt sports a picture of Evans in the middle surrounded by the words "In memory of a beautiful soul."