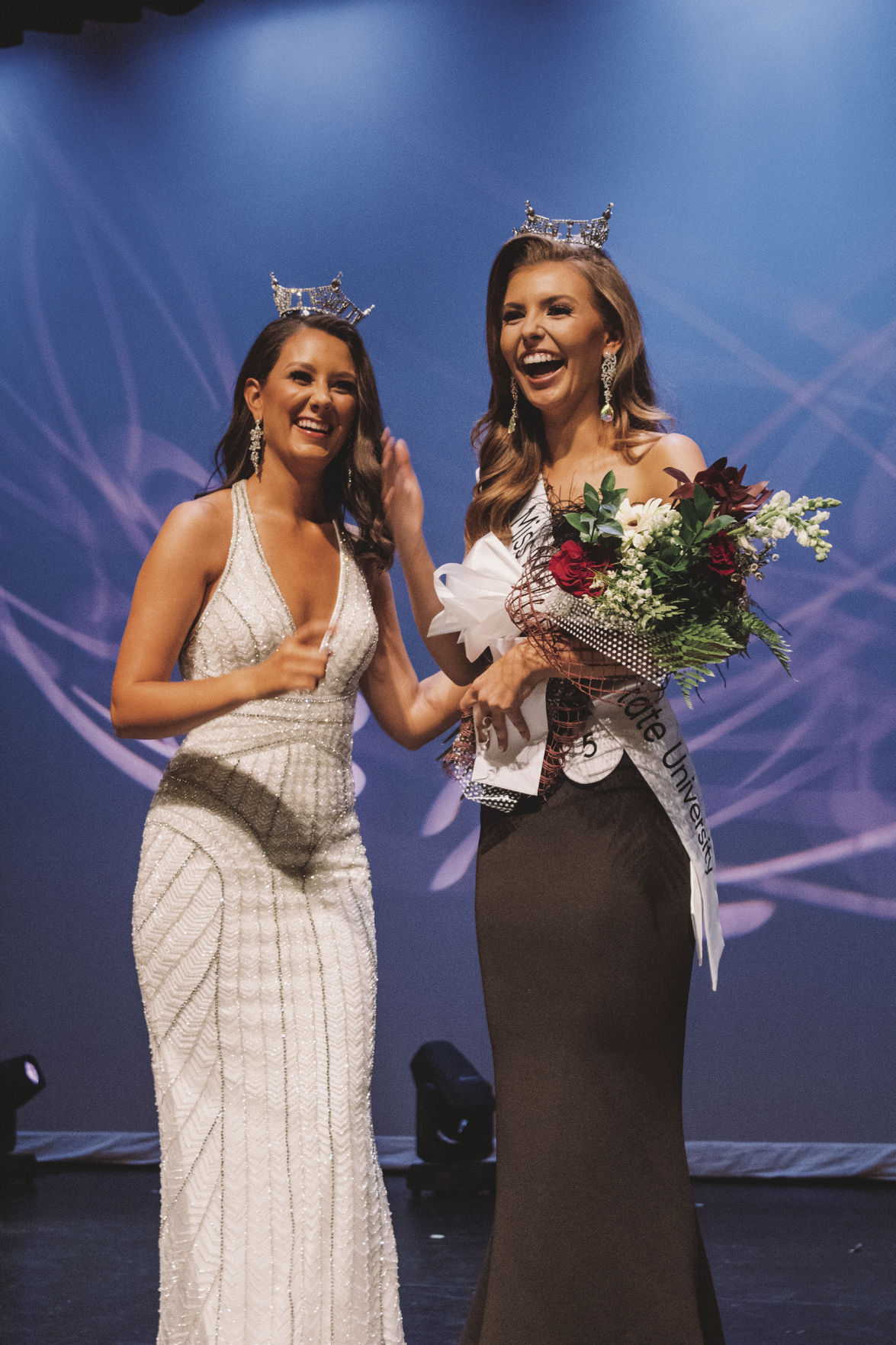 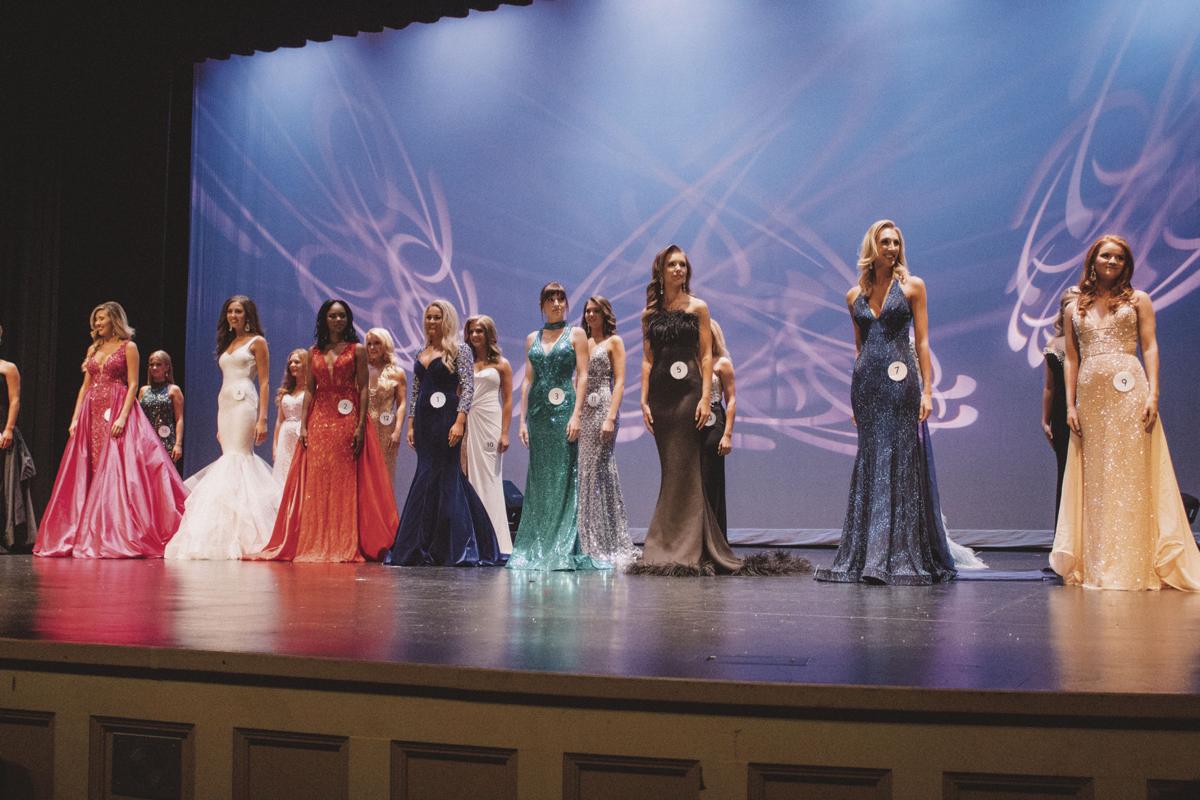 17 contestants competed in this year’s Miss MSU Scholarship Program Friday night in Bettersworth Auditorium. The winner will serve as Miss MSU until next year’s program and will raise awareness around campus for her social impact platform.

17 contestants competed in this year’s Miss MSU Scholarship Program Friday night in Bettersworth Auditorium. The winner will serve as Miss MSU until next year’s program and will raise awareness around campus for her social impact platform.

Leah Boyd, a senior music education major from Madison, Alabama, won the title of Miss MSU as well as the private interview portion. The night began with an introduction of the host and co-host, Mary Margaret Hyer, Miss Mississippi 2019.

Hawkins said the program has been going strong for so many years because it gives participants a chance to impact those around them.

“It’s an opportunity for a young lady to kind of be able to give back to the university, to the community and to be an example and good mentor for young people,” Hawkins said.

Hawkins also said the event is important because it gives all of the girls, not just the winner, a platform to voice things they care about.

This year’s 17 contestants began the process of preparing for the pageant at an interest meeting that was held one month ago. After this, contestants are each required to take headshots, raise funds for an advertisement and raise $100 for the Children’s Miracle Network, Hawkins said. The actual rehearsals for the program began only one week prior to the event, said Camille Green, a sophomore wildlife science major and one of the candidates from the pageant.

This year, one of the main components of the competition was the “Social Impact,” or platform, portion. Each girl was tasked with choosing a cause they were passionate about and raising money and awareness for their platform. This transforms the program from a beauty pageant to a real scholarship program, said Savannah West, a junior Biology major who attended the event to support her Pi Phi sisters who were competing.

“I just think that it is really empowering to younger girls that it’s not just a beauty pageant, it’s a chance for people to actually get some serious work done and actually make a difference,” West said.

Hannah Oliver won the program last year and has served as Miss MSU for the past year, raising money and awareness for Multiple Sclerosis. Friday night she passed on the crown to Leah Boyd who will use her platform to represent the university and advocate for music education in schools.

Another addition to the program this year was the ability for people to vote on social media for a “fan favorite” contestant. The votes were tallied by “likes” from both Facebook and Instagram. The “fan favorite” for this year was Mary Hulbert, a sophomore business administration major. The third runner up was Sydney Slocum, a senior studying kinesiology. Rachel Shumaker, a junior communication major, was the second alternate and Maggie Shoultz, a junior marketing major, was awarded first alternate. Shoultz also won the talent portion of the competition.

The program teaches the girls who participate a lot about life, the Assistant Director for Student Activities Christopher Hawkins said.

“I think definitely this year I put a lot of emphasis on trying not only to have an impact on the winner, but every girl that’s competing, by inviting different speakers or some staff from the university to come and talk to the girls for about 15-20 minutes about things such as personal branding, balancing life and the importance of going hard in practice or on stage,” Hawkins said.

While participating in the program is a definite time commitment, candidate Camille Green said it is worth it, and she encourages girls to participate in the upcoming years.

“It’s so much fun and it’s so rewarding,” Green said. “I wouldn’t trade this experience for the world.”

Green said she was delighted with Boyd being chosen as this year’s Miss MSU.

“I feel very relieved and also overjoyed because we have such a good Miss MSU to represent us this year,” Green said.