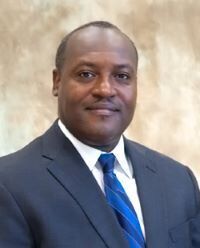 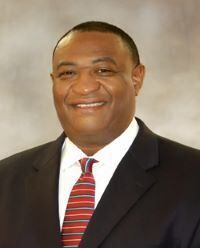 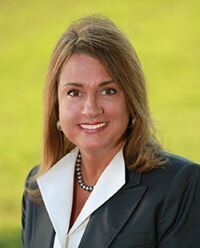 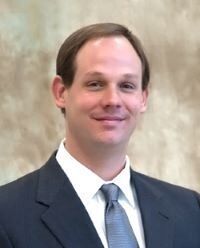 The Oktibbeha County Board of Supervisors voted to allocate its $9.6 million in American Rescue Plan Act funds to four projects.

"At that particular moment, those were truly high-priority projects in Oktibbeha County, and we just felt that those would be the projects that impact a large portion of citizens," Marvell Howard, District 3 supervisor, said in an interview with The Reflector.

During its Sept. 19 meeting, the board did not include Oktoc Road in its ARPA plans. The board designated $6 million for sewer infrastructure after wastewater manager Dwight Pristock approached the board with the $6 million commitment. Earlier, Pristock asked for $1.7 million. However, he later learned that a Natural Resources Conservation Service grant could give the county $13 million for the county lake dam repairs.

In an interview with The Reflector, Pristock said he asked for more money to help a larger number of people affected by the sewer infrastructure project.

Pristock submitted an application to receive matching funds from the state's ARPA money, and he said he hoped to receive $10 million combined from the NRCS and ARPA grants.

According to Pristock, there is no sewer infrastructure system in Oktibbeha County. He said the funds will go toward installing a new system. Oktibbeha County citizens have to rely on septic tanks or private systems, and Pristock said most of the county’s septic tanks do not function efficiently.

"It’s an intergenerational change to provide public sewer for those people whose systems do not work and for those who do not have funds to install their own system, where the sewer’s running into the woods or the ditches," Pristock said about the sewer infrastructure project.

The wastewater district manager said he did not know how far the infrastructure project would stretch because the district has not drawn plans yet. Depending on how much the installation will cost, Pristock said the infrastructure could impact Blackjack Road, Old Highway 25, Williams Road, Bethel Road and areas west of Starkville.

At the Oct. 3 meeting, a split vote of supervisors decided to take $1 million from sewer infrastructure to give to Oktoc Road’s paving. District 5 Supervisor Joe Williams initiated the conversation, as the road is part of his district.

"You all know that we need help with Oktoc Road," Williams said to the board. "I think everyone realized that Oktoc Road is one that’s shovel-ready. It’s ready to go … It’s ready to be paved now."

Williams asked the board to consider funding Oktoc Road, since the supervisors gave $1 million to Stugis-Maben Road.

Board vice president Orlando Trainer said the funds should be taken from sewer infrastructure and shifted to repaving Oktoc Road.

"Just cut the water, the wastewater deal — the $6 (million) — just take away from that," District 2 Supervisor Trainer said.

Howard said Oktoc Road did not have enough funding to complete the paving project, which had already received $1.8 million from the county and state. Therefore, the board decided to shift $1 million to pave 11 miles of the road.

Williams and board president Bricklee Miller voted against the shift.

"I motion we maintain the $6 million because we’re going to need it," Williams said. "… The contract and plans (for the sewer infrastructure) have already been submitted to the state."

He suggested taking $1 million from the county lake dam repairs to give to Oktoc Road.

"We should keep in mind that wastewater management is for the whole county," said Williams, whose district will receive sewer expansion.

"No, it’s not. No, it’s not," said Howard, whose district includes the county lake.

Howard and Williams went back and forth, with the other supervisors adding comments. County Administrator Delois Farmer interjected.

"Unless you change it, that’s correct," Farmer said.

Miller and Williams voted against allocating ARPA funds toward the county lake dam at the Sept. 19 meeting.

Miller said the entire board did not review the application and agree to its terms.

"You all be putting out these facts that’s not necessarily true," Howard said.

"No, it is. That is the truth," Miller replied.

Miller said she refused to sign the application "because it was fraudulent."

In an interview with The Reflector on Oct. 12, Howard said the state mandated the county to fix the dam after the Mississippi Department of Environmental Quality conducted a report.

"It’s something that the state mandated us to do. For safety reasons, the dam is classified as a high-hazard dam," Howard said. "That means if something ever happens, the possibility of the loss of life would be great."

Additionally, Howard said the property value near the county lake could depreciate if the dam is not repaired. Howard suggested the county take over the lake and open it for Oktibbeha County citizens to use for leisure activities.

The Sturgis-Maben Road paving project costs $2 million, but the board allocated it $1.3 million. Howard said the county and state will provide the rest of the funds.

"There are several different pots of money," Howard said. "The state has allocated $1 million toward Sturgis-Maben Road, along with some county funds, and along with the ARPA funding. I think they have enough now to complete that project."