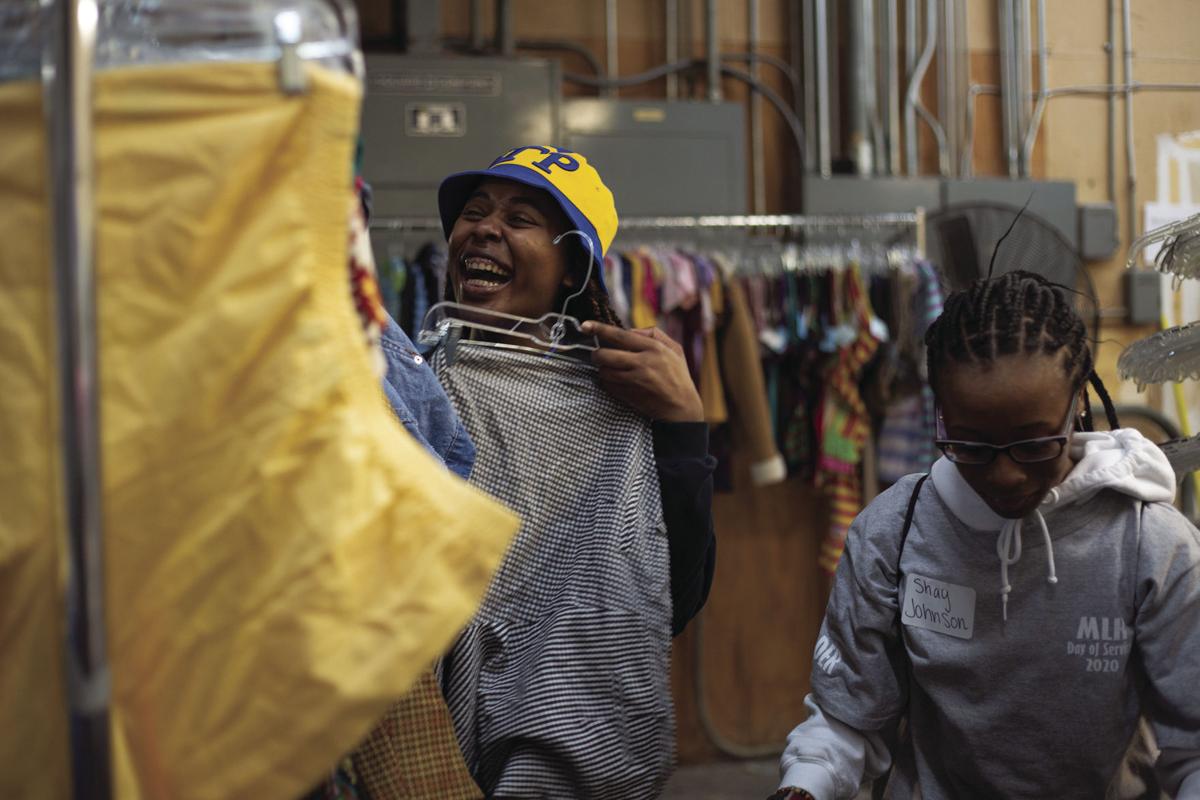 Asia Harris and Shay Johnson hang clothes at the Palmer Home Thrift Store during the Martin Luther King Jr. Day of Service on Monday. Volunteers went to 22 sites around Starkville. 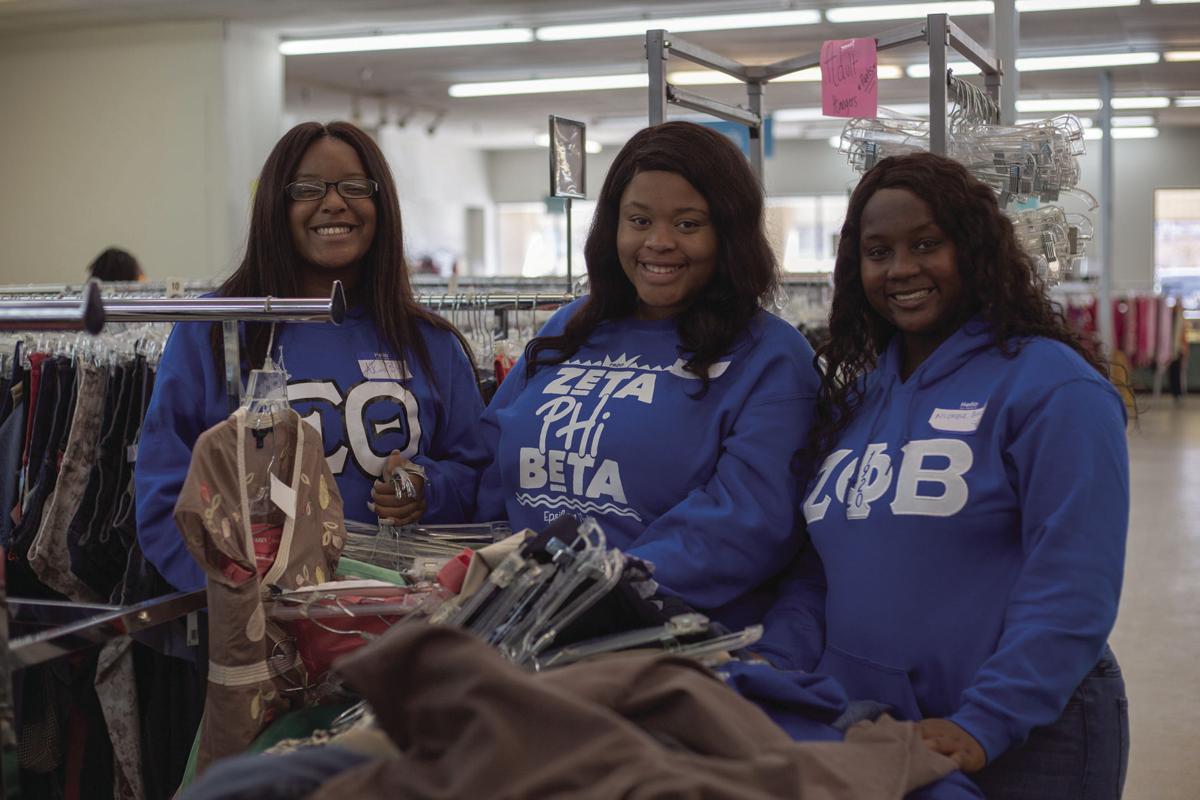 Asia Harris and Shay Johnson hang clothes at the Palmer Home Thrift Store during the Martin Luther King Jr. Day of Service on Monday. Volunteers went to 22 sites around Starkville.

Mississippi State University hosted its 26th annual Martin Luther King Jr. Unity Breakfast and Day of Service on Monday at the Mill Conference Center. This year’s keynote speaker, Donald Shaffer, discussed Martin Luther King Jr.’s legacy as a touchstone for racial reconciliation as well as a challenge to carry on his legacy. After the breakfast, as a way to act on Martin Luther King Jr.‘s dream, volunteers visited various locations in the Starkville community to give their time and help.

Shaffer, an associate professor and director of African American Studies at MSU, said this day is to honor Martin Luther King Jr. and to inspire those in attendance to further his legacy.

“Today is a day of commemoration and a day of service,” Shaffer said. “I’m impressed each year by this event because it implores us to not only remember the legacy of Martin Luther King Jr., but it also challenges us to carry forth that legacy in a day of service.”

Shaffer reflected on his past relationship with Mississippi and said he remembers wanting to get away. Eventually, he did, but he came back. Shaffer now views this state as a refuge and a sacred place.

"This is our home, defined by its long history of struggle as well as its hard-fought record of social change. That simple acknowledgment is born out of a collective struggle, out of a willingness to bring about positive change in our state. But, just as well, it is born out of people loving each other despite their differences,” Shaffer said.

From Shaffer’s reading of Martin Luther King Jr., he picked three lessons he found most beneficial to every individual.

Shaffer said he wants, if nothing else, for those to take away from his speech that now is a time of action.

“Don’t just talk about it. Be about it,” Shaffer said.

While Shaffer spoke on the importance of unity, Alexis Wallace, the assistant director of student leadership and community engagement, was in charge of making the day of service run as smoothly as it did. She lined up 22 locations in the Starkville area where students and faculty volunteered. She said she finds this day to be extremely important because the day of service is to represent the effort we should be making in our everyday lives.

“It is a day to volunteer and do direct service, but also have people try to reflect and think about how you are impacting your community when you make decisions politically, financially or even business-wise,” Wallace said.

Wallace said there was a difference in allocating volunteers for returning organizations and new organizations in order for everything to run smoothly.

“(Planning for the volunteers) depended on what community partner we are working with,” Wallace said. “There are some community partners that may be fairly new and not need as much help versus some partners we have had years of relationships with who need more help, but know how this day goes and expect more volunteers.”

Wallace said 22 organizations expressed interest in being a service site, but one that stuck out to her was Ms. Smith’s Educational Services.

“Ms. Smith does a lot of work with children for after-school programming, so having volunteers come in and facilitate activities, engage with those kids or do playtime outside with them really makes a difference for those kids,” Wallace said.

Victoria Horten, a sophomore, volunteered at Ms. Smith’s Educational Services because the volunteer skill set is similar to what she is studying.

“I wanted to volunteer here because I want to be a teacher, and I thought this would be a great opportunity because it is working with kids, and it’s an education center. In general, I just love doing stuff in the community and I figured Monday is off, so I might as well do something with it,” Horten said.

Horten said she found out about the service day through her Bully Mail but volunteered with a group on campus.