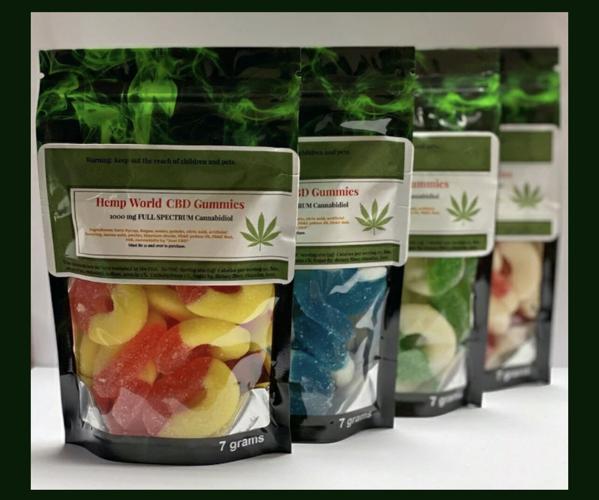 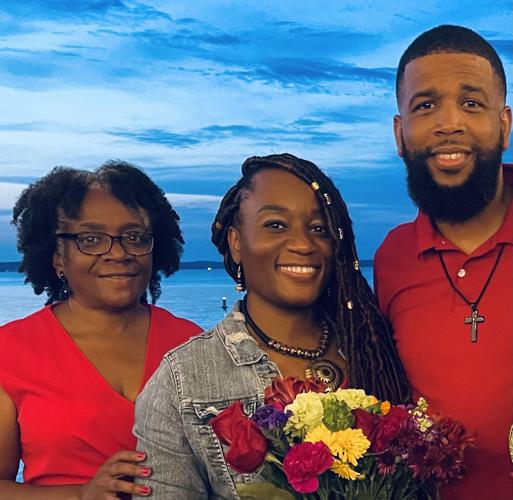 A new CBD and hemp store is coming to Starkville and opening on Friday.

Eboni and Quentin Delaney and Doris Garrett are the owners of Hemp World on Highway 12. The store will sell CBD gummies, vape cartridges, pain and roll creams, pre-rolls and CBD flowers.

A family business through and through, the Delaneys are married, Garrett is Eboni Delaney's mother and all share ownership of Hemp World. The CBD store has two other locations in Pearl and Jackson that Quentin Delaney's cousins own. His cousins asked the Delaneys and Garrett to partner with them to open another store in north Mississippi.

Eboni Delaney said her husband's cousin opened the first Hemp World because she used CBD, and it helped improve her health conditions. Delaney said hearing the cousin's story and talking with other CBD users motivated her to partner with her family to open another location.

"Just learning from her and hearing her story and having that type of support and knowledge to get into an industry that's pretty hard to get into, we just couldn't pass up the opportunity," Eboni Delaney said.

Eboni Delaney said she moved back to Mississippi in 2021 for her husband, whom she married last year. She said she struggled to find a job in Mississippi, so the opportunity to open her own Hemp World location was exactly what she was looking for.

Eboni Delaney said she and her family originally looked at Grenada, Oxford and Starkville for potential storefronts but ultimately chose Starkville due to Mississippi State University's location and the newness of the CBD industry in the city.

"Being that it's a new industry, I think it'll be a good test market for us to see just how open people are to CBD," Eboni Delaney said.

The owner said people have already started walking into Hemp World to ask when the store is opening. Delaney said she hopes this is a good sign for when her business opens on Friday.

Because CBD and hemp are a new industry in Starkville, when Eboni Delaney applied for her business license for Hemp World, the city clerk's office had to create a new business code for CBD and hemp products.

"The report code is just something in our system we use to group types of businesses," Hardin said in an email to the Reflector. "Our software came with many, but as the years pass and businesses evolve, etc., we often add new codes."

While Hemp World was the first business to receive a hemp business code in Starkville, Green Guys on Russell Street also sells CBD and hemp products. Hardin said the city recoded Green Guys as a CBD and hemp dispensary to be consistent with Hemp World.

Eboni Delaney said she applied for a business license soon after Gov. Reeves legalized medical marijuana, so there was additional confusion because the city was unsure how to proceed with dispensary licenses. However, Hemp World currently only sells CBD and hemp, which were legalized under the Farm Bill of 2018 and are not the same as medical marijuana.

CBD and cannabis are different because CBD lacks a certain THC level that cannabis has. CBD is legal nationwide and sold in a variety of different places. Additionally, for business owners to sell medical or recreational marijuana, they must pay an application fee, fill out applications and be approved and work with the Department of Health, FOCUS founder Lezli Engelking said.

Engelking founded FOCUS, a nonprofit cannabis safety organization, in 2014 because of the lack of guidance for cannabis dispensaries from state to state. FOCUS writes international cannabis standards and creates policies for everything cannabis-related from the ground up.

Engelking and Eboni Delaney spoke about the fear that is often associated with CBD and cannabis. Engelking compared cannabis to corn: like corn, cannabis is multipurpose.

"There's nobody that has a fear of regulating corn, and (cannabis) is kind of the same thing," Engelking said.

While Hemp World does not currently sell medical marijuana, Eboni Delaney said she plans to get her license to become a dispensary once it is available.

"We have plans in the future to pursue a medical marijuana license once all of that is ironed out at the state level," Eboni Delaney said.

Engelking said all interested businesses must apply for a medical marijuana license in Mississippi.

"Any business that wants to sell medical cannabis products will have to go through the same application licensing process, whether they sell hemp or CBD beforehand or not," Engelking said.

The FOCUS founder said that although she does not know what the medical cannabis dispensary application will look like, she expects Hemp World and other potential dispensaries will have to complete a checklist to ensure the businesses are reliable and fit state regulations.

While that process is a few months away for the Delaney and Garrett family, Eboni Delaney said she is looking forward to owning her business with her family.

Eboni Delaney has four stepdaughters, and she said she and her husband emphasize that they are owners too. Delaney said she wants to teach her stepdaughters how to build generational wealth and work for their family.

"In any position I have held, I've been the person who goes above and beyond to get things done … and I've always done that for other people with a salary cap. And now, all of that effort is for me and my family, and that does give us a sense of pride and enjoyment to know that this effort we're giving is for something that we're building," Delaney said.