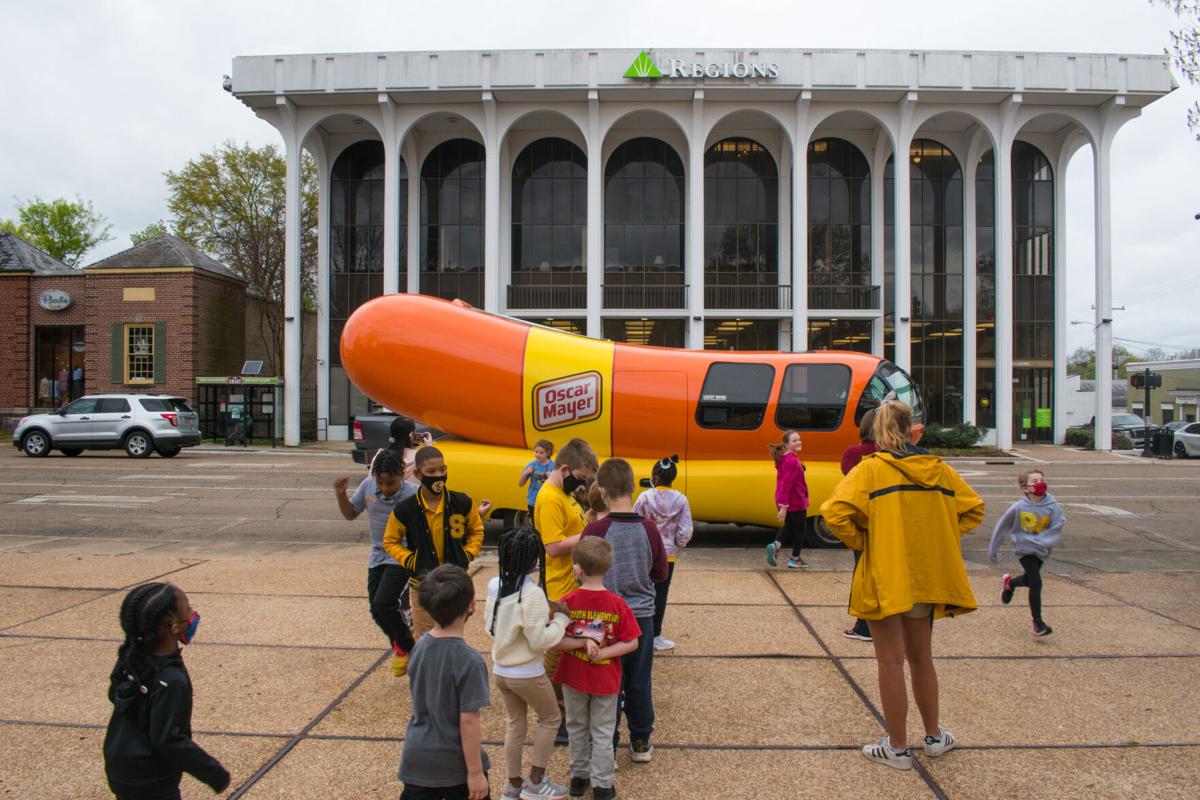 ‘Frank-fanatics’ of all ages gathered outside Cadence Bank on Main Street to eat hot dogs and get a glimpse of the famous Oscar Mayer Wienermobile this past Tuesday. 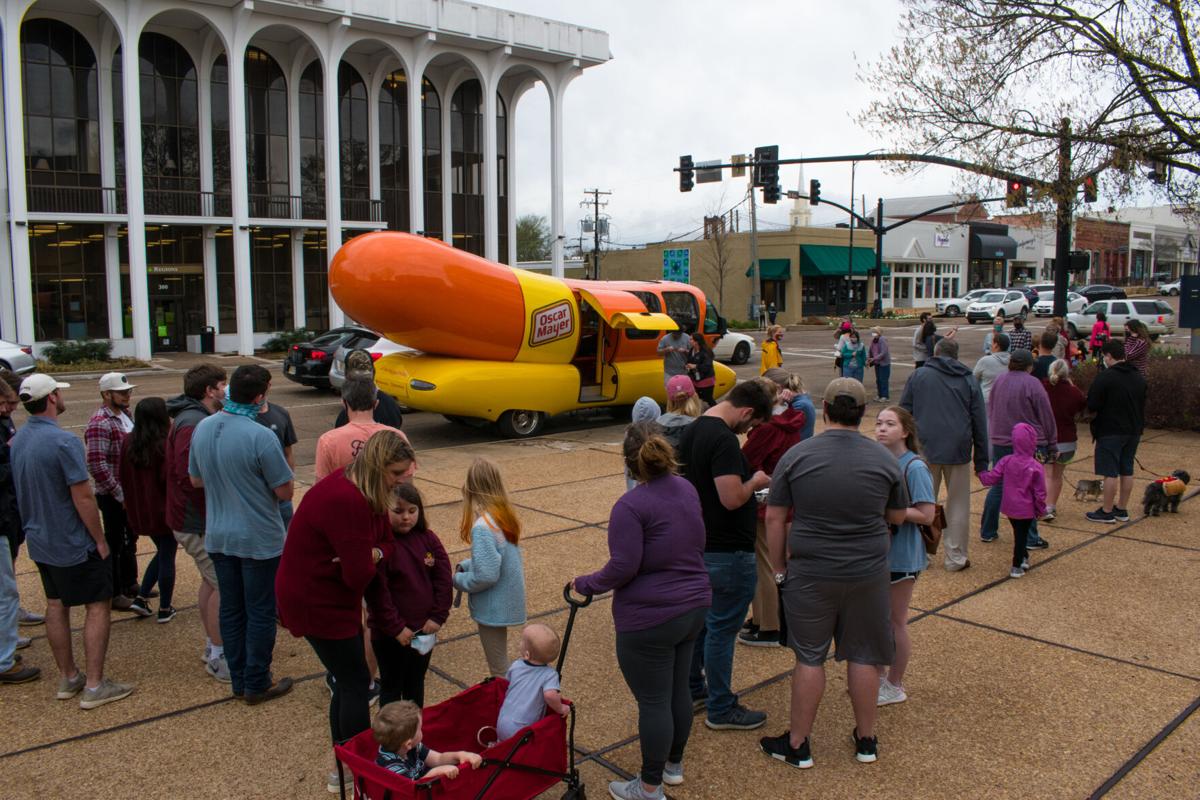 The famous Oscar Mayer Wienermobile stopped on Main Street as part of a cross-country Wienermobile tour Tuesday. It was met by many Starkville residents and MSU students.

‘Frank-fanatics’ of all ages gathered outside Cadence Bank on Main Street to eat hot dogs and get a glimpse of the famous Oscar Mayer Wienermobile this past Tuesday.

The famous Oscar Mayer Wienermobile stopped on Main Street as part of a cross-country Wienermobile tour Tuesday. It was met by many Starkville residents and MSU students.

On March 23, hundreds of people from Starkville and Mississippi State University had the rare opportunity to see an Oscar Mayer Wienermobile on Main Street.

Maggie Thomas and Molly Swindall drove the Wienermobile through Starkville. They were the "hotdoggers" handing out "wienie-whistles" to all the visitors.

Maggie Thomas, known as "Mustard Mags," is a recent MSU graduate, and she discussed how important it was to her to bring the Wienermobile through Starkville.

"Our boss allowed me to bring it home, and I knew if I was coming back, I wanted to bring it to my second home, which is Starkville," Thomas said. "Starkville, Mississippi State University and the community have done so much for me, and I thought, 'This is the least I can do to give back.'"

According to Thomas, the hotdoggers see up to 800 people at each Wienermobile event. These events happen across the country at local parks, animal shelters, museums and charity events.

"We get to go around the country from city to city each week and have events and let people see this American icon," Thomas said.

“The people are what make this job so special. We call them frank-fanatics. Just their enthusiasm for the Wienermobile is so fun to interact with,” Thomas said.

Swindall, who goes by her hotdogger name "MayoChup Molly," is a recent graduate of the University of Georgia. She has accompanied Thomas on their year-long Wienermobile journey.

One of Swindall's favorite parts of being a hotdogger is the joy she said she has been able to spread across the country.

"You can't not smile when you see a 27-foot-long hotdog-mobile," Swindall said. "It was invented in 1936 during the Great Depression with the sole purpose of bringing joy and happiness, so it's been really cool to get back to our roots and really connect with our original purpose."

Swindall spoke of the Wienermobile's impressive ability to spread positivity for both the hotdoggers and the people who come to see it.

"It's been a great time to give back during these hard times and bring a smile to people's faces when some people feel like there's not much to smile about," Swindall said. "You can't have a bad day in the Wienermobile."

Taylor Agee, a senior chemistry major at MSU, visited the Wienermobile on Main Street. Agee said she loved the experience and the break from schoolwork that the Wienermobile event provided.

"It's so nice to do something fun and mix up the routine of classes and homework," Agee said. "I think it's super cool, and I definitely want to get my picture taken with it in a minute."

COVID-19 has presented unusual challenges for crowded events throughout the year. However, Agee said the Wienermobile event provided an excellent opportunity to have fun while following safety regulations.

"It's really important for outdoor events where you have the option to be distanced, but you also have the opportunity to mix up your routine and socialize with other people," Agee said. "I'll definitely have to try to get a hotdog whistle."

The Wienermobile provided a 'franktastic' afternoon for attendees.