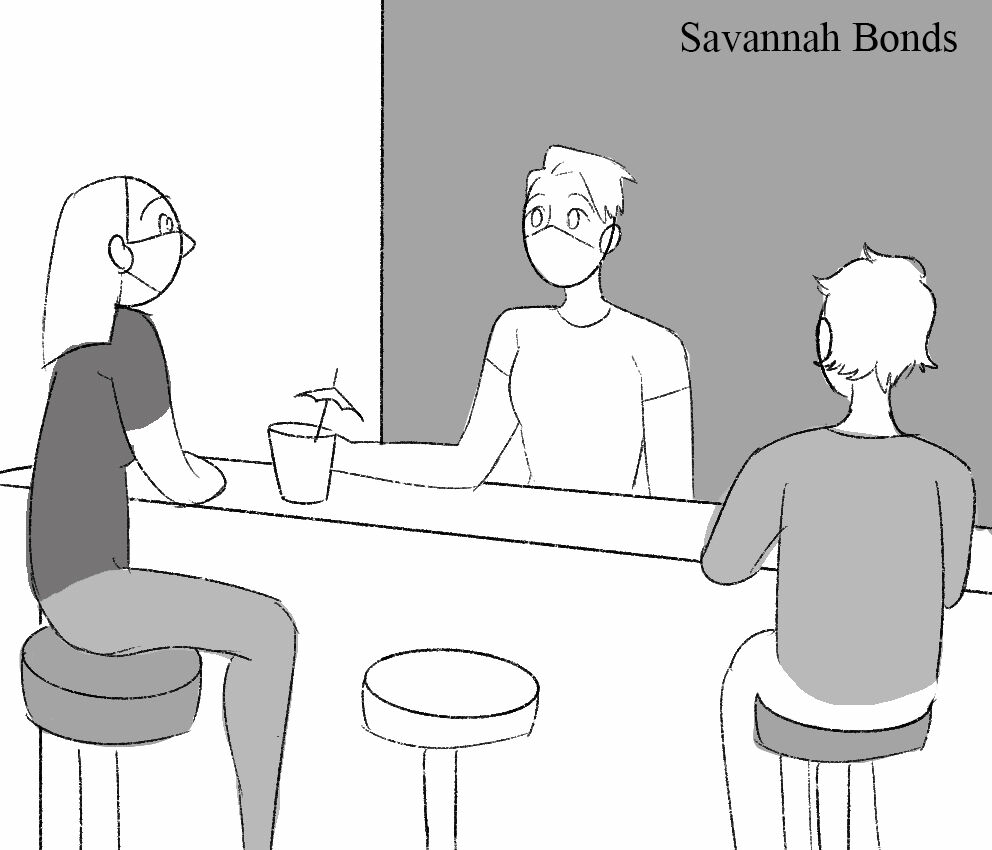 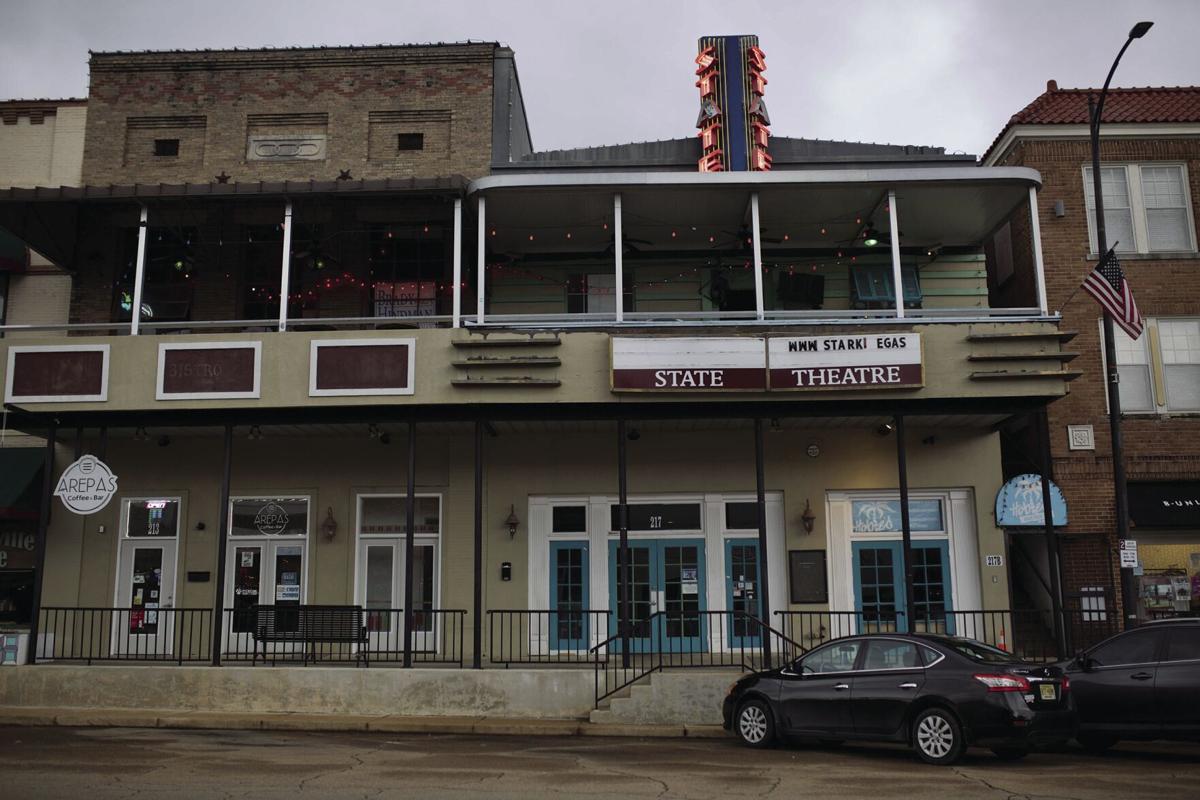 Hobie’s On Main, a popular bar for MSU students in downtown Starkville, was met with many challenges during COVID-19, including a lack of business and unemployment.

Hobie’s On Main, a popular bar for MSU students in downtown Starkville, was met with many challenges during COVID-19, including a lack of business and unemployment.

On an average weekend in Starkville, residents and MSU students can often be found at one of several bars located throughout the city for good music, signature food and the social ambience.

However, that was not the case in the spring and summer of 2020 after COVID-19 spread among the MSU and Starkville community.

Many bars, such as Dave's Dark Horse Tavern, closed early to prevent future spread of the virus.

Dave Hood, the owner of Dave's Dark Horse Tavern, has said via email how he had closed his bar in early March to protect students from contracting COVID-19.

"I was the first to close on 3/15. I was very concerned about the students returning from all over the country because, at the time, there was little known and a lot to fear from the virus," Hood said.

Because of the severity of the pandemic, Dave's Dark Horse Tavern was closed for over seven months, resulting in his staff losing income and having to rely on stimulus checks from the government for their unemployment.

After Hood noticed this, he decided to start a fundraising effort to support his staff on March 20, 2020 called the Tavern Couch Concerts. As word spread about the fundraiser over social media, more donors began to give, with $11,000 raised in one night alone. To Hood's surprise, a woman from Atlanta who he had never met gave $5,000.

Over the next couple of weeks until the end of the fundraiser, $19,000 was raised, which was all given to his employees.

During the time that the bar was closed, Hood was able to take advantage of that time and put in new additions and improvements to the bar to accommodate customers and boost business.

Outside of the bar, what used to be a small patio space for smokers was doubled into a larger seating area, with extra wooden tables and benches. To the right of the bar, Hood added bohemian tapestries for decoration.

Inside the dimly lit bar, customers still pack the bar as usual, with live music centered from the small stage and conversation filling the bar with activity. To avoid COVID-19 spread, tables are separated by large wooden panels, and employees and customers who are not sitting down wear masks at every part of the restaurant. At the bar table, to prevent crowding, the barstools have been removed.

After Executive Order 1535 was issued by Mississippi Governor Tate Reeves, many restaurants and bars such as Dave's Dark Horse Tavern were able to extend their space from 50% capacity to 75% in December of 2020. However, all employees and customers are still required to wear a mask indoors except while drinking or eating, and social distancing of at least six feet is still mandatory.

Many bars in Starkville have complied with these regulations, closing at the correct times and avoiding the sale of alcohol after 11 p.m., a regulation listed in Governor Reeves' executive order.

Lynn Spruill, the mayor of Starkville, said many bars in the city have been successful in following the ordinances passed, despite the challenge for many bars of crowds of people wanting to come into bars at the same time.

"I think, for the most part, they're doing their best to comply. Again, it's a challenge, because you have a lot of people who are exuberant and young and want to get out and be active," Spruill said. "But the reality is, we are still in a position to comply."

Tucked away on Main Street in Starkville, Hobie's On Main, a bar known to cater to college students, has also experienced some setbacks in their operations in the last year from the closing of MSU in the middle of what is usually one of the busiest times of the year for the bar.

Hobie Hobart, the owner of Hobie's On Main, can recall the moments when he knew his bar had to temporarily change its business operations. During spring break of 2020, while driving back to Starkville from the MSU baseball game in Biloxi, Hobart learned classes were canceled for the rest of the spring semester.

To his disappointment, he also discovered he would lose $22,000 in revenue from canceled sorority date parties and the postponement of the gay pride parade.

"It was guaranteed money coming in. That was rent money for my building. So, you know, it was really tough," Hobart said.

Hobart states how the bar had to resort to takeout during the spring and summer of 2020. Since most of his staff at that time were college students, Hobart found himself cooking the bar's signature Hobie Dogs, Delta hot tamales and jambalaya.

"Best thing we did was takeout. When the mayor signed the order to go takeout only, we had to work hard. Nobody wants hot dogs to go, like us," Hobart said. "You know, our food is limited to what we do ... that's basically what kept me open, is just me only up here working."

According to Hobart, with less strict COVID-19 restrictions this spring and more students coming in earlier to take advantage of the bar's hours, business has picked up from last year.

"Spring's always better for me. Fall semester, students study a little harder, they stay in class a little bit more. The colder it is, the better it is for me in the Cotton District ... I get all that movement. They come out here and hang out on the balcony. So, it's always a good time," Hobart said.

As the pandemic begins to die down with vaccinations, Hobart hopes more Starkville residents can appreciate small businesses as much as other bigger, more established businesses in the city.

"I hope when it gets back to normal, the people in Starkville, even the locals here will go back to us. Small businesses, we've suffered a lot, you know. We've been hit hard," Hobart said.