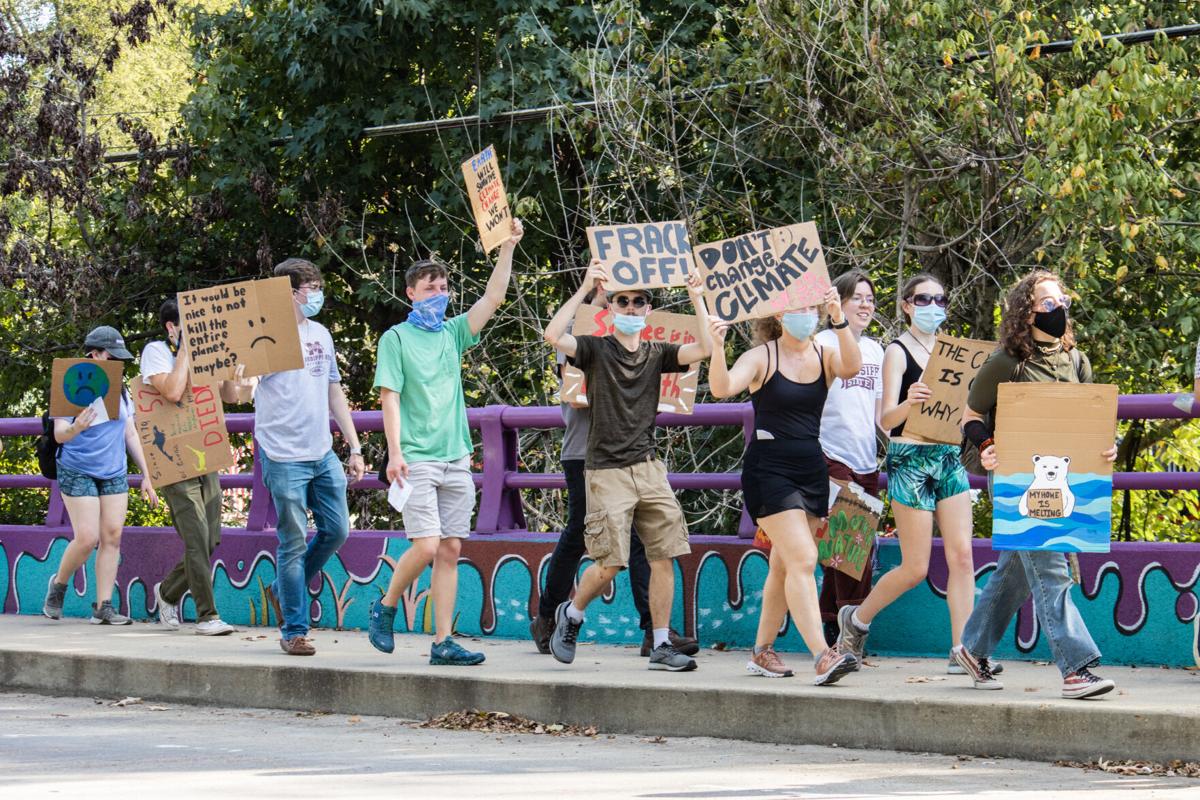 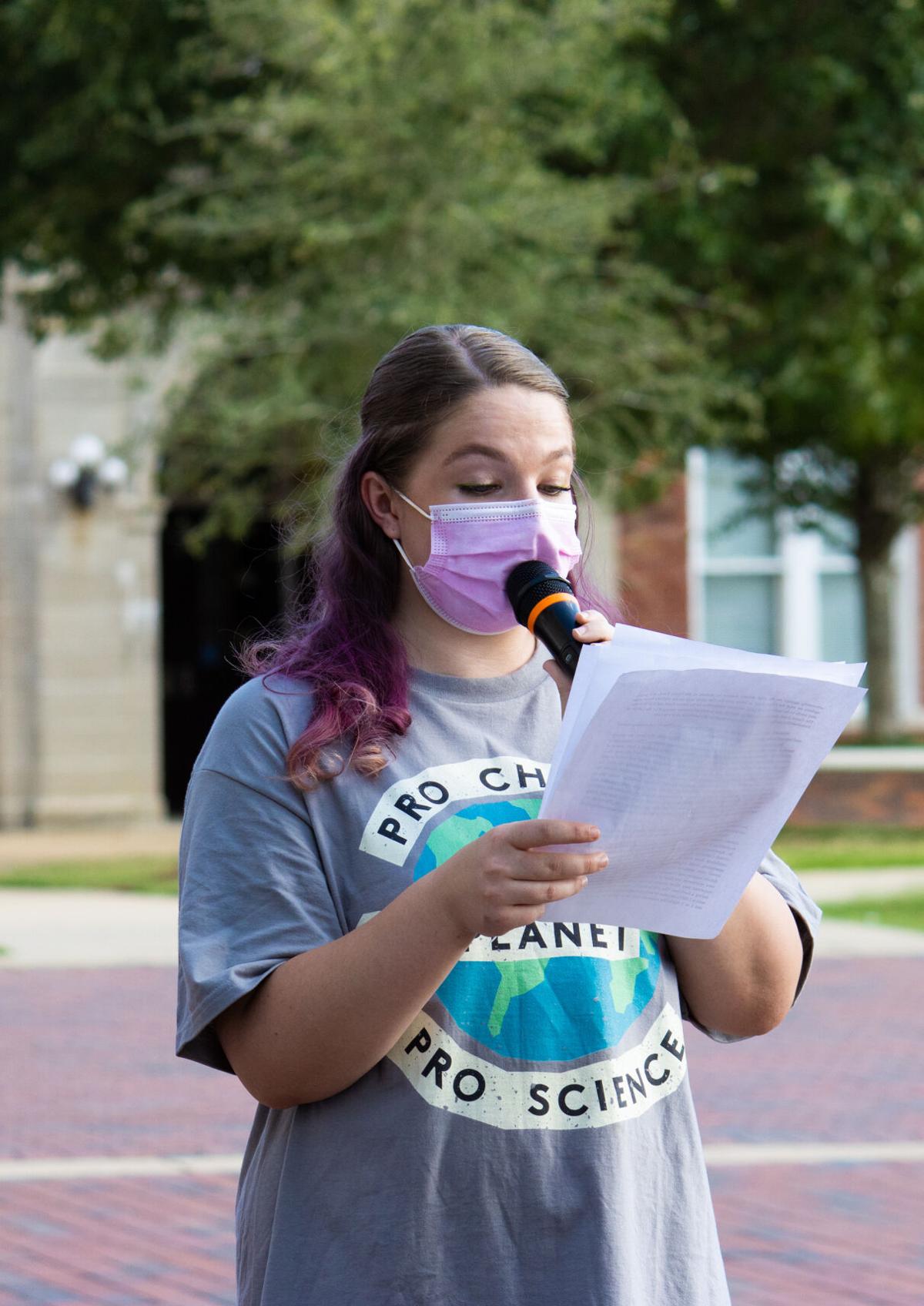 At 2 p.m. last Friday, about 50 peaceful protesters gathered outside of Lee Hall at Mississippi State University to protest for climate-friendly changes. The protestors' route started at Lee Hall and ended at City Hall in Starkville.

President of the Climate Reality Club Josie Nasekos, a junior majoring in environmental economics and management, said the main goal she was trying to accomplish through the march was to hold the city more accountable in its climate change actions.

Nasekos explained that Climate Reality's goal has remained the same since its beginning in 2012.

One of the main demands of the climate march was for the city of Starkville to add more crosswalks, bike paths and sidewalks to create a more walkable town. Additionally, the protestors advocated for a trained Starkville Police Department officer to investigate and ensure the low-income housing in the city is safe to live in.

"Starkville decided to use the money from the COVID relief to hire two new PD officers," Nasekos said, "so someone should be trained to make sure landlords are keeping the apartments up to date and in safe living conditions, so what happened during Hurricane Ida won't happen again, and if it does, the city should open up the hurricane shelters."

Once the protest began, the energy in the crowd was high. Everyone seemed enthusiastic to raise their voices for their beliefs. The crowd chanted, "Hey! Hey! Ho! Ho! Climate change has got to go!" When the protestors made it to City Hall, NAACP Environmental Justice Committee board chair Katherine Egland joined them to speak about the importance of environmental actions and keeping the sustainable movements going.

Additionally, MSU students who were especially knowledgeable about climate action spoke about the need to keep urging the university and city to practice sustainable measures.

One of the protest attendees was first-year student Mallory Smith, who said she appreciated that the protest's demands included both MSU and Starkville.

"I'm in favor for it. I really like the demands in general just because they did not just limit the problems to the school, but to all of Starkville," Smith said.

Agreeing with Smith, freshman psychology major Anna Delafield said she liked that the university was devoting more funding to improve the community.

"I like the way that Mississippi State University is not just using the funds for the school, so the fact that we are trying to make changes around the city makes it better, too," Delafield said.

Smith also said she appreciated that another goal of the climate march was to demand changes for the homeless problem around town.

Overall, Naskeos deemed the protest a success, as about 50 marchers attended the event. Protestors left, saying they felt inspired by the messages Egland and the student speakers shared.