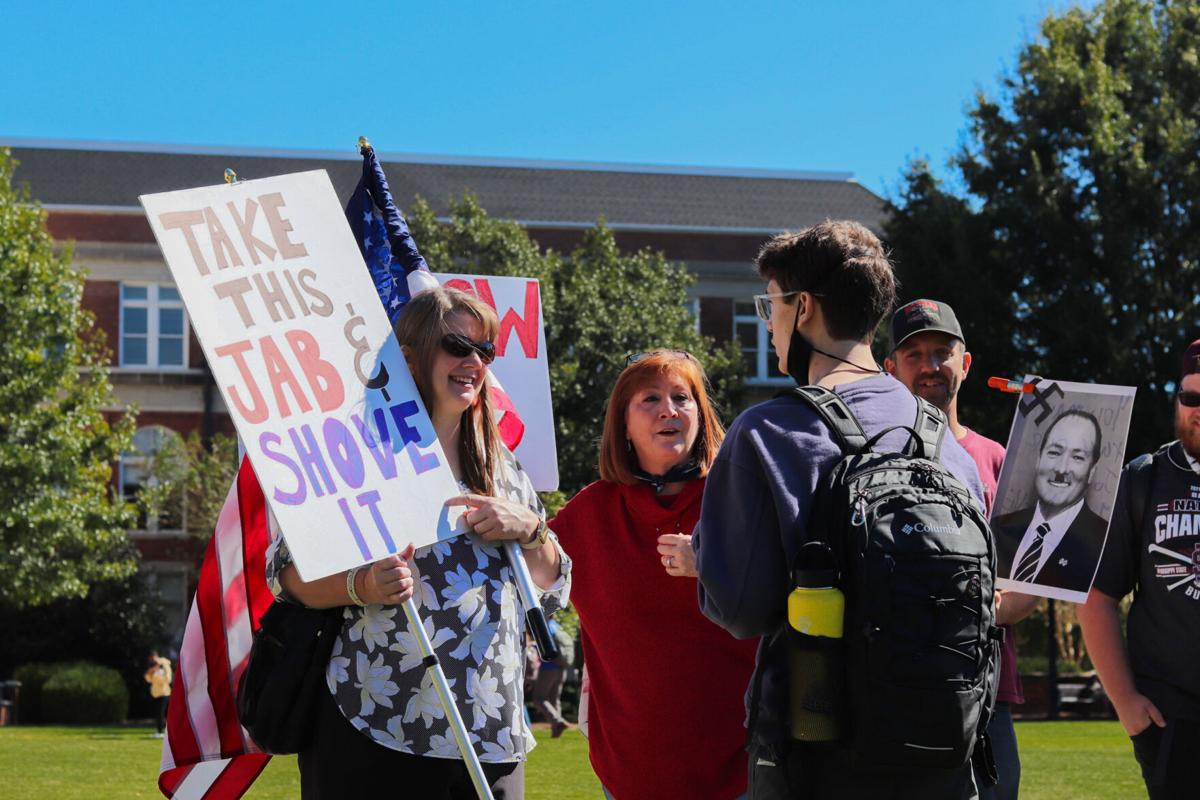 Protesters took to the Drill Field to march against the vaccine mandate imposed yesterday by the Institutions of Higher Learning. 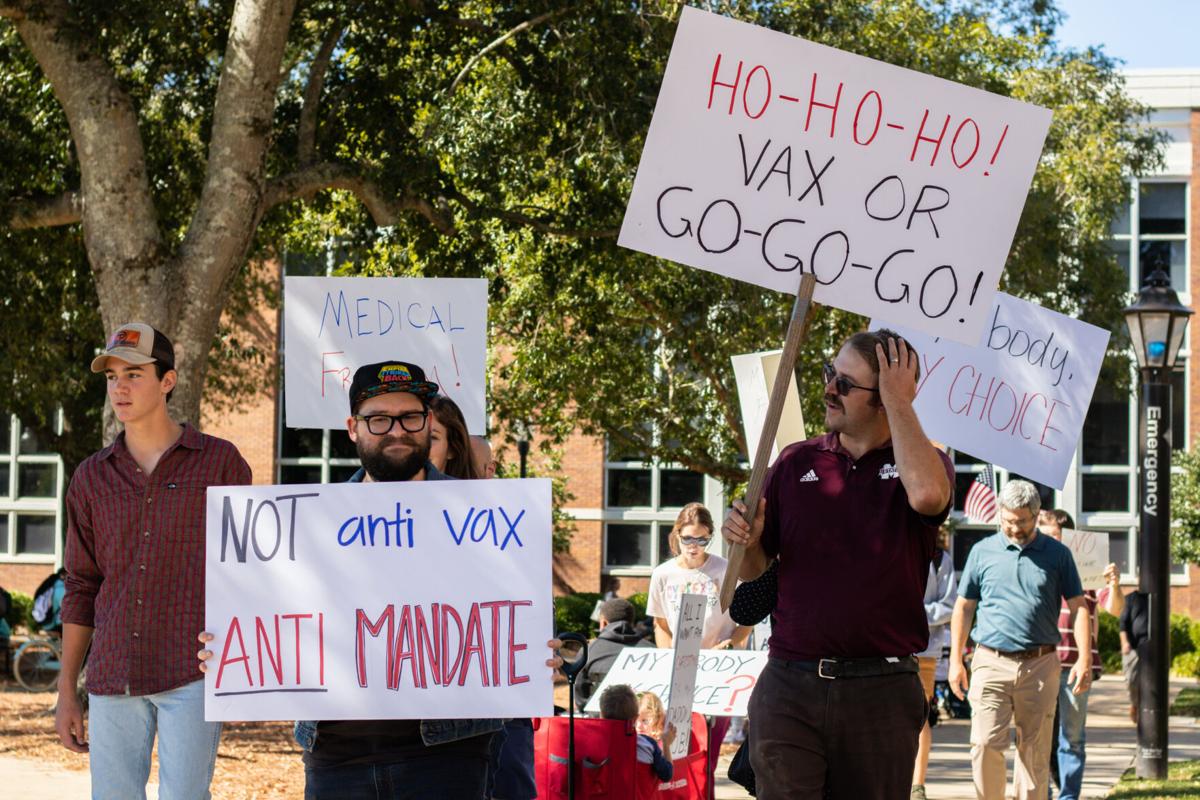 Protesters took to the Drill Field to march against the Institutions of Higher Learning vaccine mandate.

Protesters took to the Drill Field to march against the vaccine mandate imposed yesterday by the Institutions of Higher Learning.

Protesters took to the Drill Field to march against the Institutions of Higher Learning vaccine mandate.

On a sunny Tuesday afternoon, Mississippi State University faculty and staff, along with various unaffiliated members of the community, took to MSU's Drill Field to protest a vaccine mandate handed down by the Institutions of Higher Learning the day before.

The vaccine mandate, decided upon in a special called meeting by the IHL Board of Directors yesterday, directed all MSU employees to be fully vaccinated by Dec. 8.

The stream of protestors marched in circles around the Drill Field, waving signs with messages like "Reject Marxist Control," "My body my choice," "Take this jab and shove it," "Get vaxed or axed," "Not anti-vax, anti-mandate" and even a picture of MSU President Mark Keenum with a Hitler-esque mustache drawn on his face next to a swastika.

Suzanne McClain, an academic records assistant at MSU and member of the protest, said she was marching for "freedom and non-communism."

"Basically, (we are marching for) them not being able to tell us what kind of poisons we have to inject into our body," McClain said.

Danny Gardner, a lecturer in the communication department, held a sign saying "Reject Marxist control." He stated that, because he had already had COVID-19, his doctor had told him not to get the vaccine.

"I am following the science," Gardner said.

Brady Kruse, a senior computer science student, walked up to the back of the group with his own makeshift sign that read "Dr. Keenum is awesome and the vax saved my grandma's life."

Caleb Murphy, the man holding the Keenum/Nazi sign, said he did not work for the university. When questioned whether Keenum had anything to do with the mandate, as it was handed down by executive order and the IHL, a fellow protestor said "Oh, it didn't have anything to do with him."

"If he doesn't stand with us, then he's against us … If you don't want a Nazi symbol beside your head then you need to be for freedom," Murphy replied.

There were a few younger members of the protest being pushed in a stroller by their parents. A sign in the stroller read, "All I want for Christmas is my daddy's job."

Other faculty and staff members, such as Regina Hyatt, the vice president of student affairs and an outspoken proponent of the vaccine, stood by and watched the protest.

Cameron Wood, a senior producer at the University Television Center, held a sign that read "Not anti-vax, anti-mandate."

"I'm not anti-vax, I'm more anti-mandate. Get the vaccine if you want to get the vaccine. If that's what your conscience tells you to do, then do it, but don't force it on other people. That's not right. Other people should have a choice as well. That's why we're here. That's why I'm here," Wood said.

A student watching the protest, Andie Nanney, said she was skeptical how many of the protestors actually worked for the university. Another student said most of her professors seemed to be in favor of the vaccine.

"I've heard some people yelling 'You don't even go here.' It makes me wonder how many people, what their affiliation with the university actually is," Nanney said.

The email announcement detailing the mandate went out to all faculty and staff yesterday and included the necessary timeline employees should take to get vaccinated by the Dec. 8 deadline. There were three exemptions mentioned in the announcement.

"Employees may request an exemption from the vaccine requirement for the following reasons: (1) because of a medical condition which prohibits the employee from being vaccinated; (2) because of a sincerely held religious belief which would prevent an employee from being vaccinated; or (3) because an employee does not perform work on a university campus or in any other location owned, controlled, or rented by the University and because the employee does not perform work that is on or in connection with a federal contract," the announcement read.