You have permission to edit this article.
Edit
Home
About Us
Advertise
COVID-19
History
Life and Entertainment
Multimedia
News
Opinion
Sports
Staff
Subscribe
1 of 4 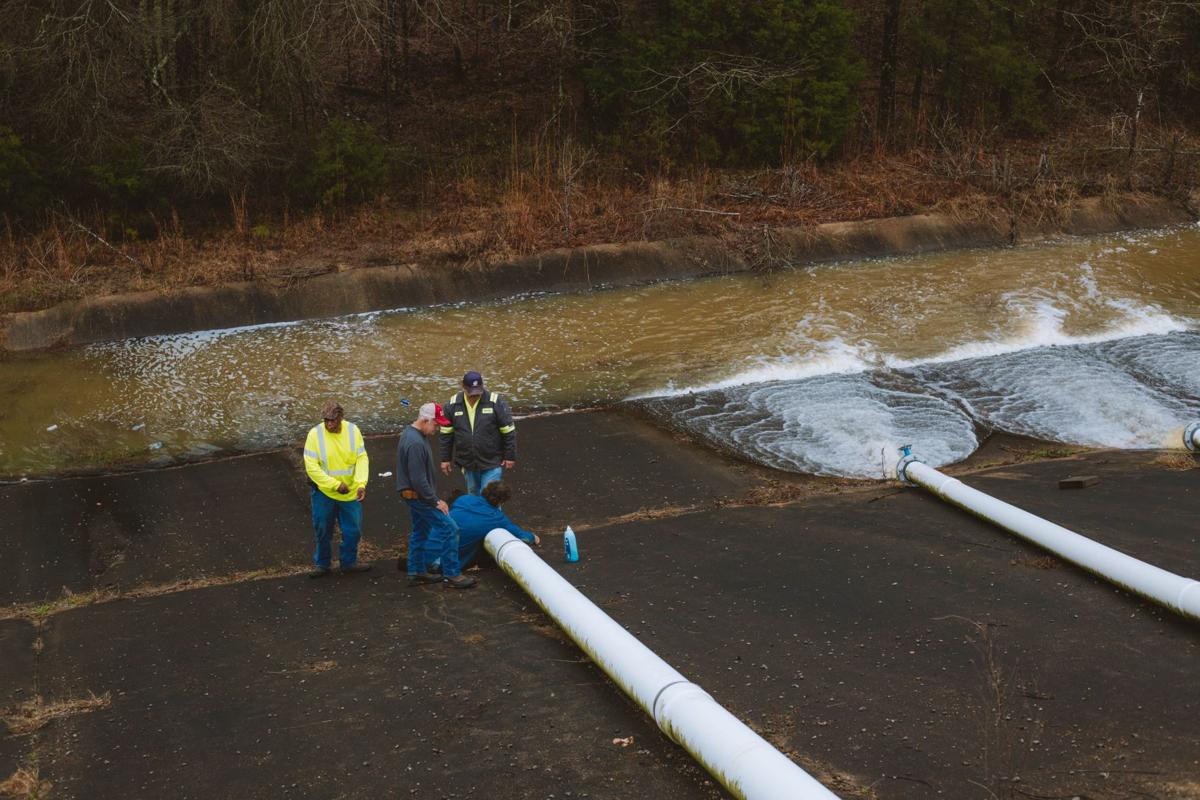 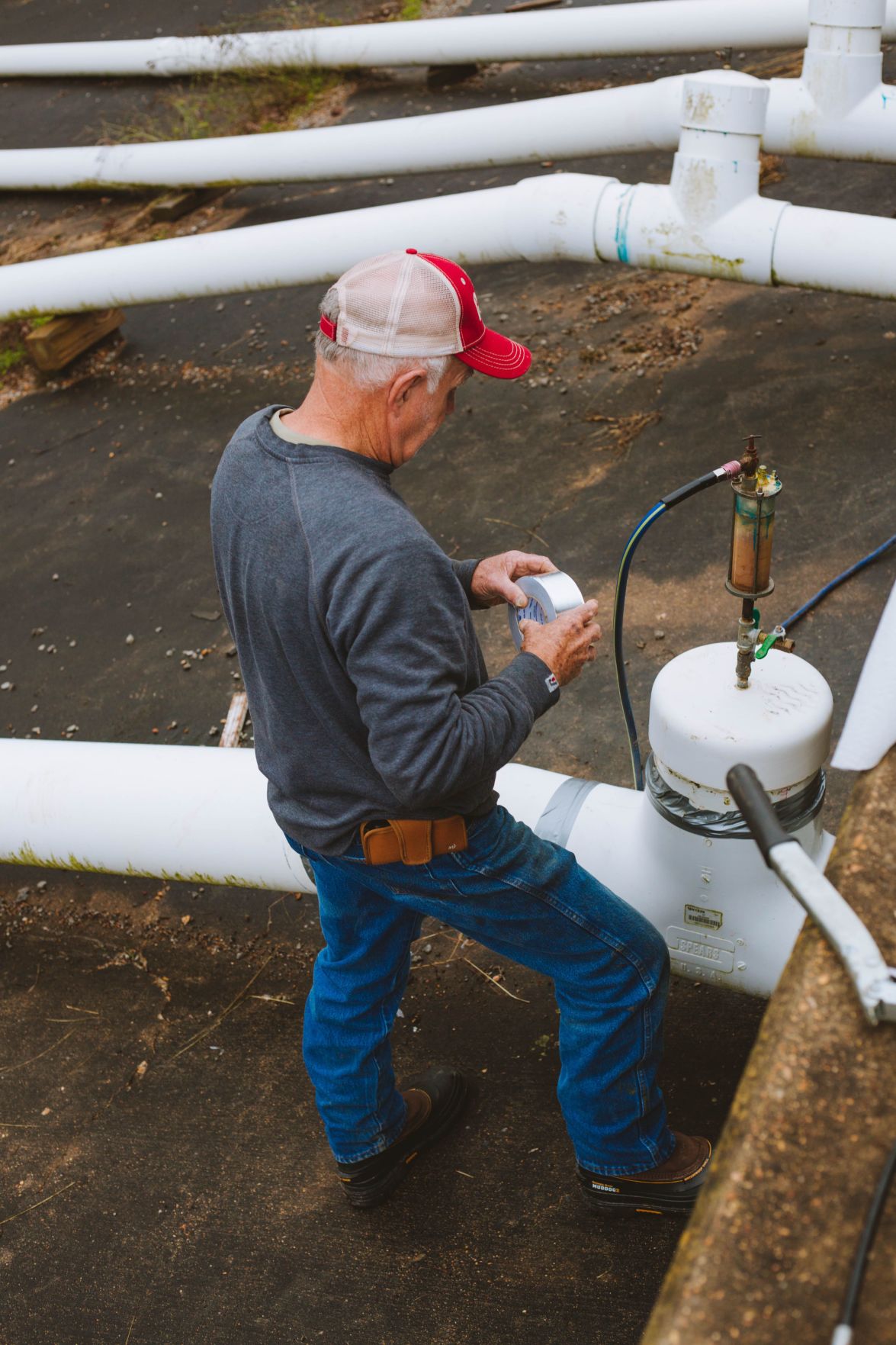 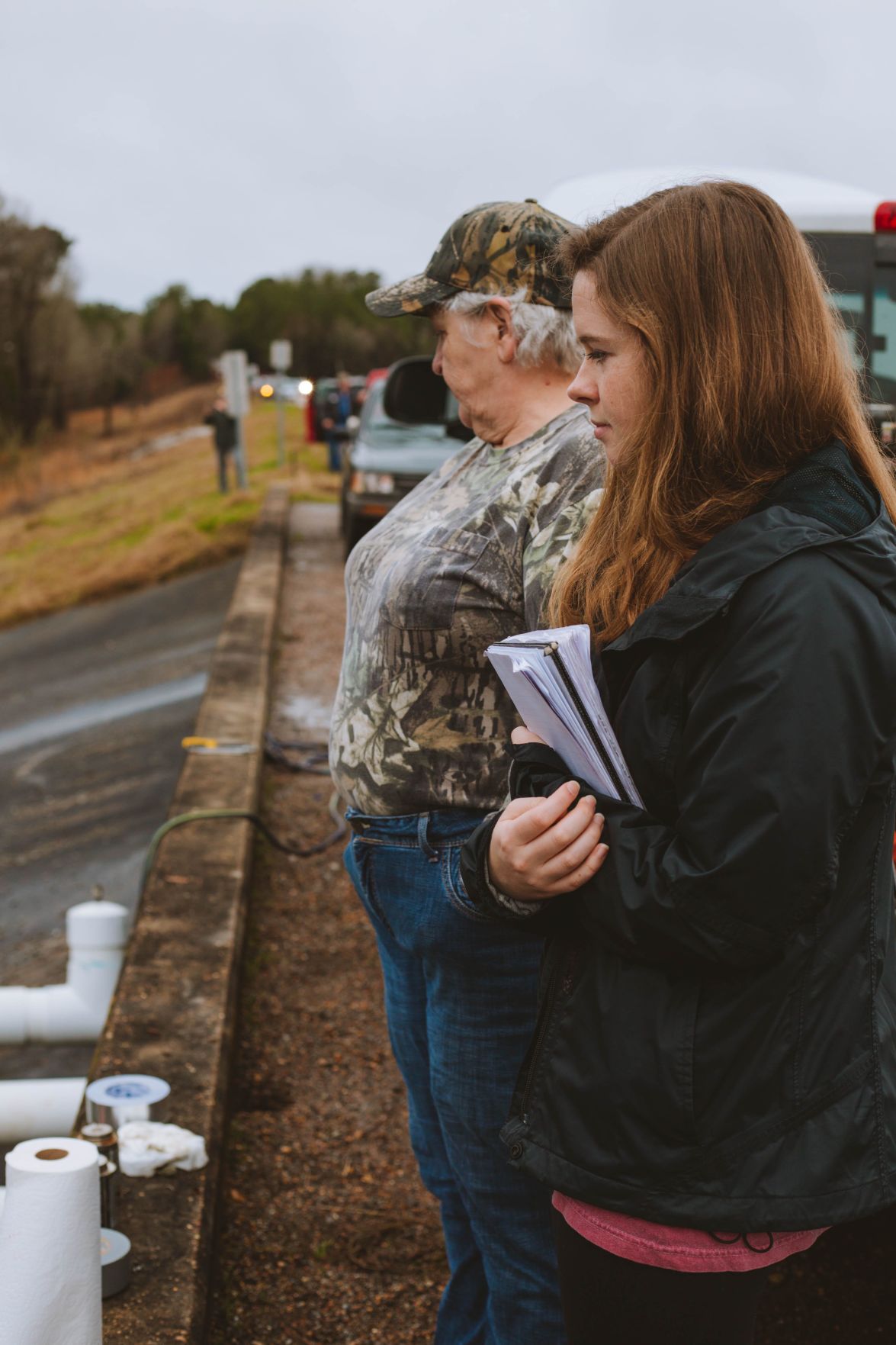 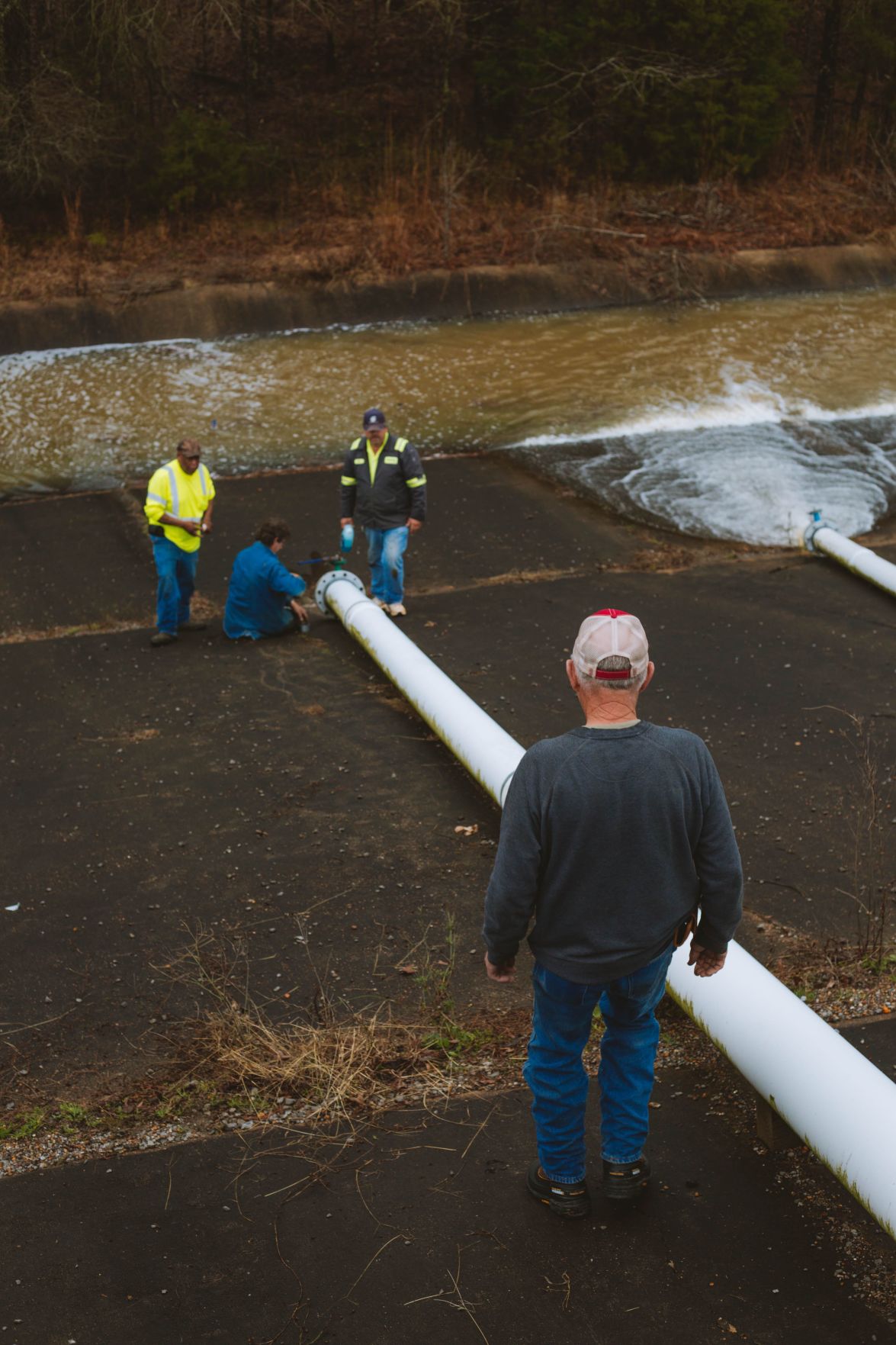 Muddy brown water rushed out of the back of the Oktibbeha County Lake Dam Tuesday afternoon while locals and county workers worked on the four, white pipes in an effort to relieve pressure on the dam. Unfortunately, the aging pipes are unable to keep up with the rain Oktibbeha County has received.

On Tuesday morning, the National Weather Service tweeted, “Oktibbeha County Lake Dam is in imminent danger of failing. Those in the area should evacuate and seek higher ground!”

Jimmy Robinson, Oktibbeha County resident of 66 years and an employee at the KOA campground on the lake, helped work on the pipes behind the dam.

A family walking along the dam asked Robinson if they should evacuate, and Robinson advised them to be prepared to leave.

“I’d be having my bag ready to go,” Robinson told the family.

Robinson said his friend was using a bush hog next to the dam several years ago and the tractor slid down the slope to the bottom, evidence that water was already seeping underneath the dam.

Since then, the county attempted to fix the problem but did not succeed, Robinson said.

“They tore all that out … and redone all of that and the man said, ‘Well, we got it.’ Well, go up there and look. He ain’t got it,” Robinson said.

Tuesday afternoon Robert Howell, the man who designed the pipes relieving pressure on the dam, was working with the county to find a leak in one of the pipes by putting dish detergent in the pipe to see if bubbles escaped at any of the seams.

Howell’s wife, Ruby, said she has seen the situation with the dam this bad before and was not sure why there was so much concern over it this time, but stressed that action should have been taken to strengthen the dam a long time ago.

“They really should had already had something done about this … and maybe this is going to be the writing on the wall for getting this done,” Ruby Howell said.

Ruby Howell said, despite her husband's best efforts at controlling the water pressure, the rain has been too much recently.

“They worked on the levy back in 2016 … they supposed they had fixed it then in 2017 I guess it was, or ’18, they put a new valve in out here where my husband could open and control it to control the water, and he always has, but like I said, it’s just rained so much to where he can’t do anything about it,” Ruby Howell said.

Rains have soaked the Starkville area for days. Oktibbeha County EMA tweeted on Saturday they had run out of road barricades due to the flooding of many roads.

Tuesday afternoon, rains stopped which prevented the situation at the dam from worsening; however, according to the National Weather Service, showers are supposed to persist throughout the week, and the dam will remain a principal concern for county officials and surrounding residents.