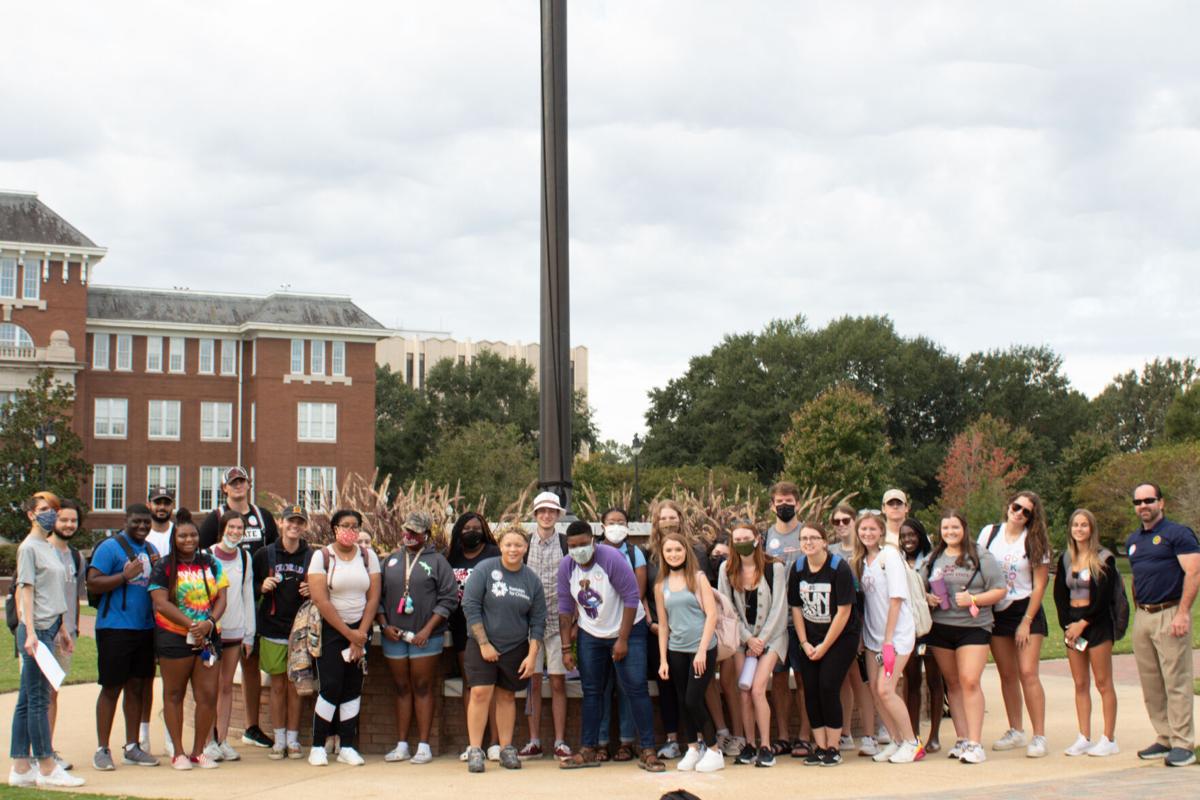 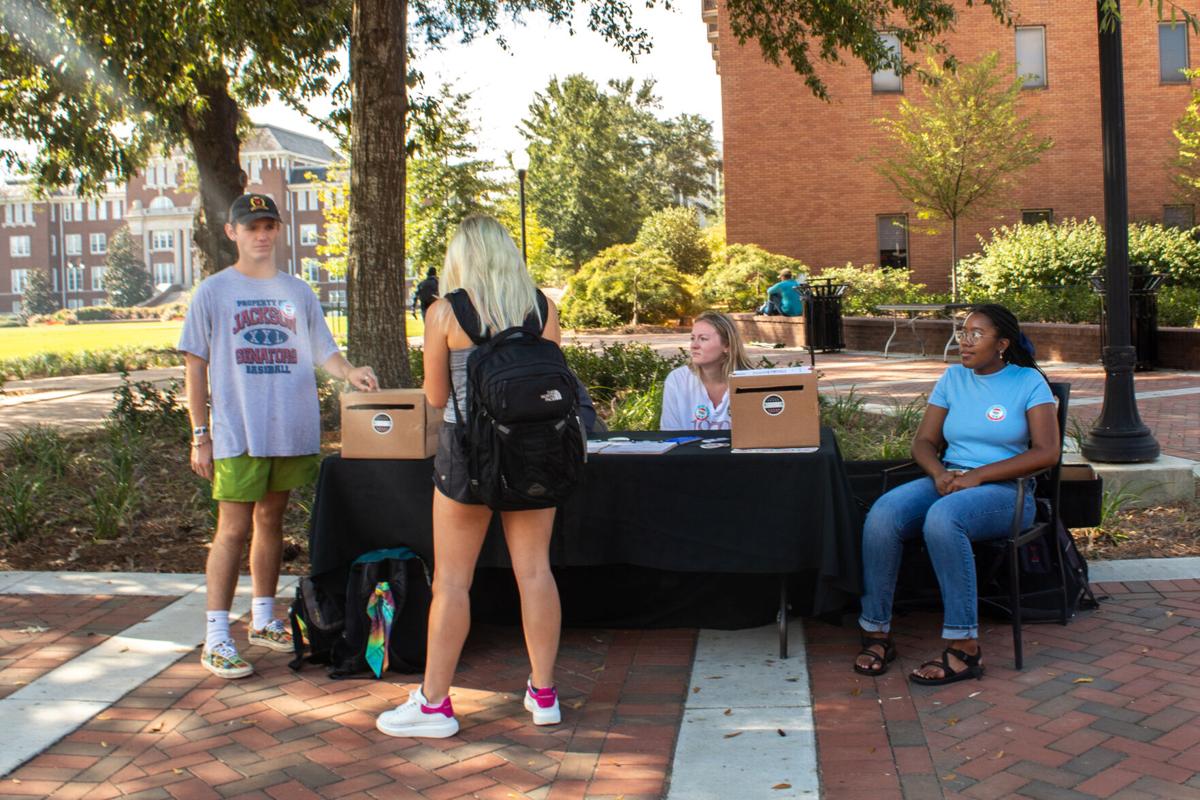 Groups of students from a legislative process class tabled around the Drill Field to register students to vote for National Voter Registration Day.

Groups of students from a legislative process class tabled around the Drill Field to register students to vote for National Voter Registration Day.

In 2018, Merivaki started bringing a couple of her classes on the Drill Field for Voter Registration Day to register students to vote. The assistant professor specializes in voter registration and participation research and studies the challenges of the voting process. Allowing her students to be involved in the registration procedure is one element Merivaki finds of utmost importance when teaching her classes about the legislative process.

Merivaki invited Tony Rook, Oktibbeha County circuit clerk, to speak to the class of about 20 people by the flagpole on the Drill Field to explain why voting as college students is crucial, especially in this county.

One of Rook's top tips is to write legibly when filling out voter registration forms, so the person who checks the records can correctly enter the information into the system. Rook also emphasized the importance of writing one's address correctly on the form so the individual is registered to vote in the correct district.

If students register to vote in Oktibbeha County, Rook said they are likely to be called for jury duty in the county. While if a student registers in their home county, they may be able to be released from jury duty since they attend college outside of the county. However, Rook encouraged students to uphold their civic duty and adequately prepare for jury duty if necessary.

"There are pros and cons to where you vote," Rook said, "but all I want to do is give the students the facts. I let them know the pros and the cons to registering in the two different areas and let them make an informed decision that is best for their particular situation."

Additionally, when someone moves to a new address, they need to correct their address at the circuit clerk's office so the voter rolls for the counties are accurate.

After Rook talked to the class for a few minutes, the students dispersed to different areas around the Drill Field to register people to vote. The students gathered around tables and encouraged their peers to use their voices.

Katelyn Sette, a senior biochemistry major, is a member of the legislative process class who helped register students to vote. She encouraged young people to vote and be active in their communities.

Merivaki said she likes to host this registration drive with her students because peer-to-peer interaction, especially encouraging peers to vote, works better in many cases because people have a closer connection with individuals of the same age.

Agreeing with her professor, Sette said she believes urging her peers to vote is more effective because of their similarities in age and relatability.

Many drawbacks in the voter registration process lead to low registration and voting turnouts, according to Merivaki, including the busy schedules college students often have. The professor hosts the annual event to help students register to vote at convenient locations on campus.

"So, mobilization and information (are) important. To see that this is something that you need to do, that helps your community, you gain more knowledge on it and then you are empowered as a voter and as a student as well," Merivaki said.

Even though the only election coming up in Oktibbeha County is the School District Board of Trustees, Rook and Merivaki urged people to use their voices in all elections, even smaller ones.

"If we built a community where everybody's registered to vote, and everybody's involved in voter registration efforts, then this spreads out," Merivaki said. "So, the more we talk about it, the more we do, it's proven to be useful in getting involved."

Sykina Butts, a youth civic engagement coordinator for Mississippi Votes, attended Tuesday's class and helped students register to vote. Her role at Mississippi Votes involves working with colleges like MSU to inform students of upcoming elections and voter registration drives and get students to vote when election day comes.

"I think it's important for young people to be active voters because although we're young now, there are people making decisions about our lives, about how much funding goes into our education," Butts said.

While some people may display some distrust in the voting system due to allegations from the 2020 presidential election, Rook confirms that the county counts every ballot.

"I'm here to assure you that in Oktibbeha County, every legal vote counts," Rook said.

Furthermore, the circuit clerk explained the county received paper ballot machines and will be using paper ballots in its upcoming elections due to requests from Oktibbeha County voters.

As for the future of voter registration drives on campus, Merivaki said she is looking forward to growing the initiative even further among her department to register as many people as possible to vote.

"I'm happy that (Student Association) and MSU are committed to this, and we're able to build more partners. And I think more faculty should be involved," Merivaki said. "We're trying to bring in the political science department to do a week-long voter registration event … It's good to see that we grow this effort and build partnerships."