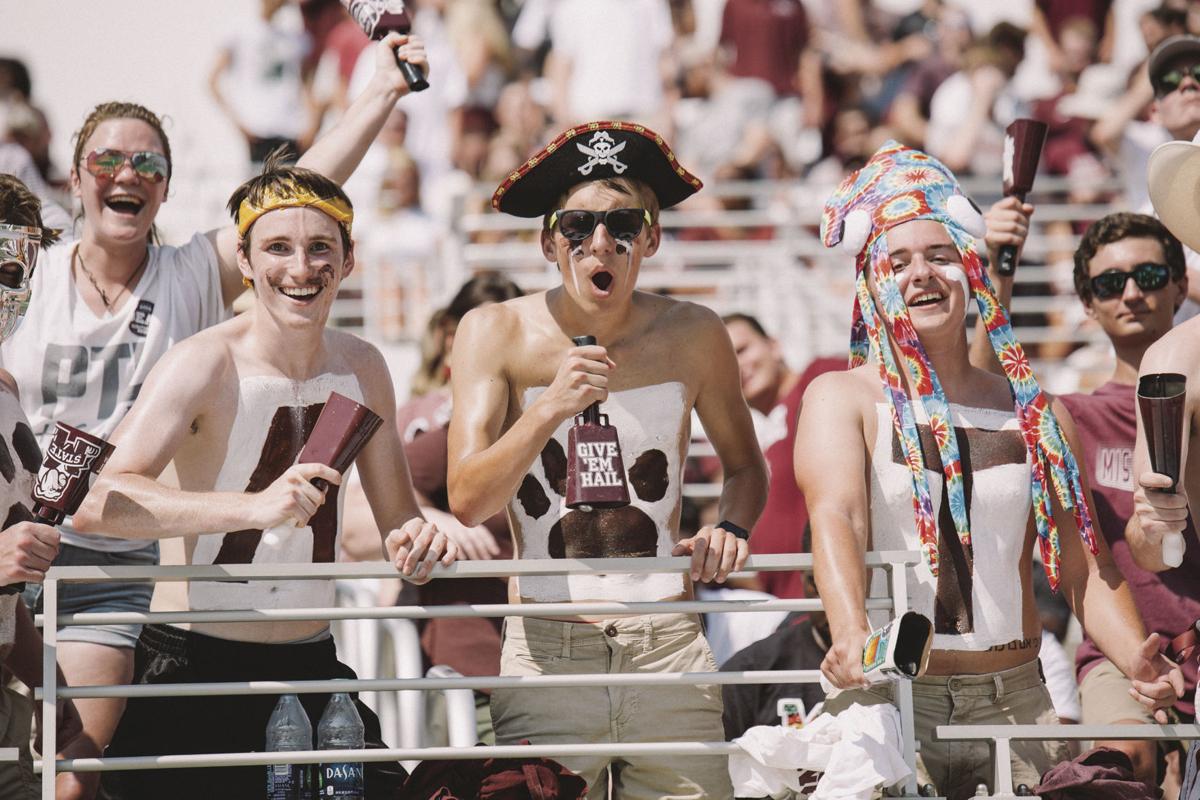 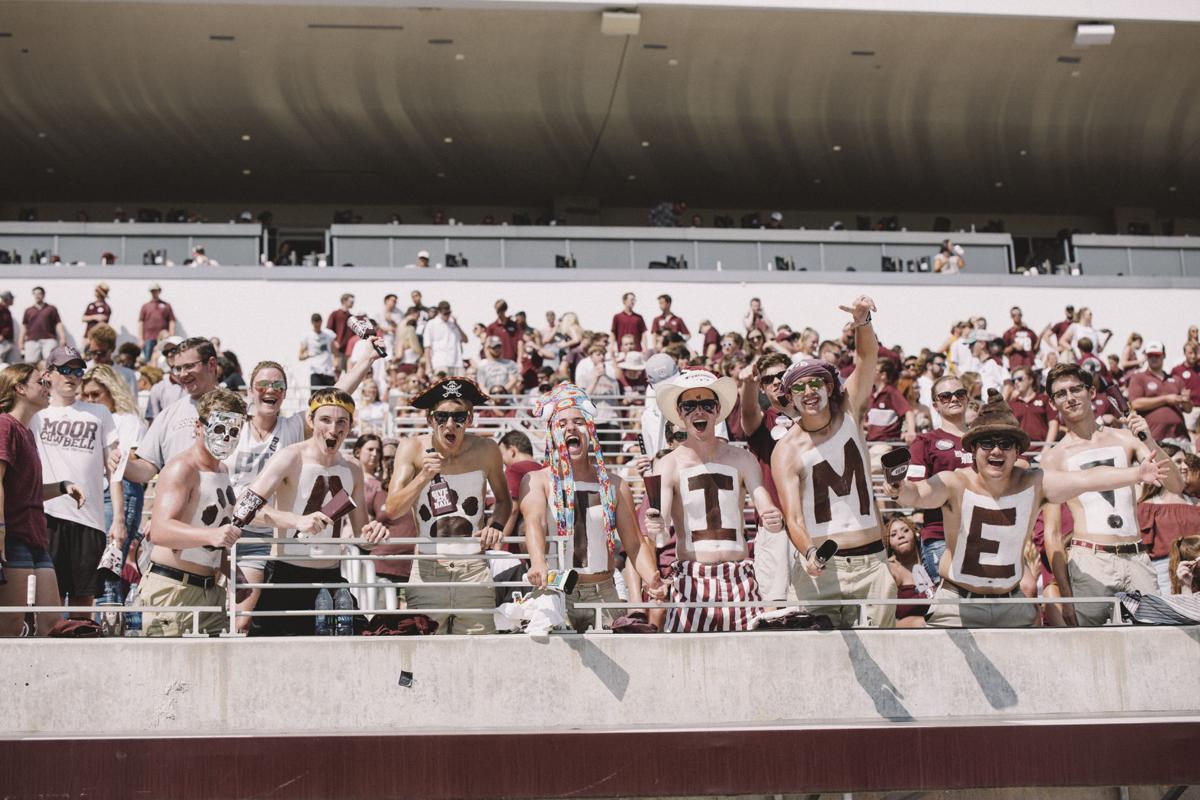 The "Paint-up squad" spelled out "#oneatatime" at the Bulldog's first home game Saturday.

The "Paint-up squad" spelled out "#oneatatime" at the Bulldog's first home game Saturday.

Mississippi State University's student section’s “Paint-up squad” is excited for another season of continuing the tradition as the iconic shirtless guys with words painted on their chests in the front row of Davis Wade’s student section.

According to Ian Evans, a junior biomedical engineering major, and the group’s current leader, the “Paint-up squad,” as they call themselves, consists of 30 to 40 guys in total, around 10 of whom paint their chests with different letters to spell out words or phrases on the front row of the student section at home football games. While the guys have shown up at a few other sporting events, they mainly paint-up at football games.

“We love it to death. We’re out there every single week,” Evans said. “There’s nothing we’re more passionate about than just showing those guys how much we support them.”

According to Evans, every home gameday the group gets to the student gate at 9 a.m. and tailgates in line. This, he said, is because they want to make sure they get their front-row spot, and also it takes about an hour and a half to get painted up for the game.

The squad was started in 2014 with Phil Reamer, an MSU alumnus who graduated last year with a horticulture degree and is now working as a horticulturist at Walt Disney World. Reamer and some of the guys from his hall freshman year started painting up for games, and it became routine.

“I’d say after our second year is when we had a lot of people from outside our friend group join,” Reamer said.

According to Reamer, the group has become a lot more organized since Evans took over. Nathan Smith, a senior studying international business and a member of the squad, said the guys enjoy both the relational aspect of the group and supporting the players.

“Really, it’s just a lot of fun hanging out with good friends and getting to know new people and just really cheering on our team,” Smith said.

According to Evans, the word or phrase for the games is usually decided by consensus in the squad’s GroupMe. He said people send random things until one of the guys suggests something that everyone else likes, or it is just pre-decided based on tradition. Evans said the squad is open to new members.

“We’re always looking for guys,” Evans said. “I’m really looking for people who have that commitment, that real passion.”

The best way to join the group, according to Reamer, is just to come up to the guys during the games and let them know you want to be a part of it. Evans said he is looking for committed people who are willing to get there early and set up.

According to Reamer, the team gets more positive recognition than negative. The only negative feedback he could think of is when someone comes up to them after games and tells the group they did not understand the phrase. Reamer said it was more likely for them to walk around tailgates before and after the game and get offered free food or be posted on fans’ social medias.

According to Smith, the only downside is the sunburn and tan line resulting from hot game days.

Evans takes his job as the leader of the group seriously, and he is taking steps for the group to become more organized and official. Evans also wants to create new traditions to keep the spirit alive, such as introducing a “turnover collar,” which the guys will wear and pass around each time the Bulldogs do something cheer-worthy.

Reamer said he is excited about Evans’ efforts to improve the squad, and sees it continuing and growing for the indefinite future.

“I could definitely see it going for a while,” Reamer said.

The “Paint-up squad” members said they love what they do and are honored to be a part of the Bulldog Athletics fan base.

Evans said the main goal of the group is to contribute to and heighten the intensity of MSU’s student section at games.

“If you don’t have a passionate fan base, what do you have,” Evans said.

For more information and photos of the squad, check them out on Instagram at “msuhailpaint”.