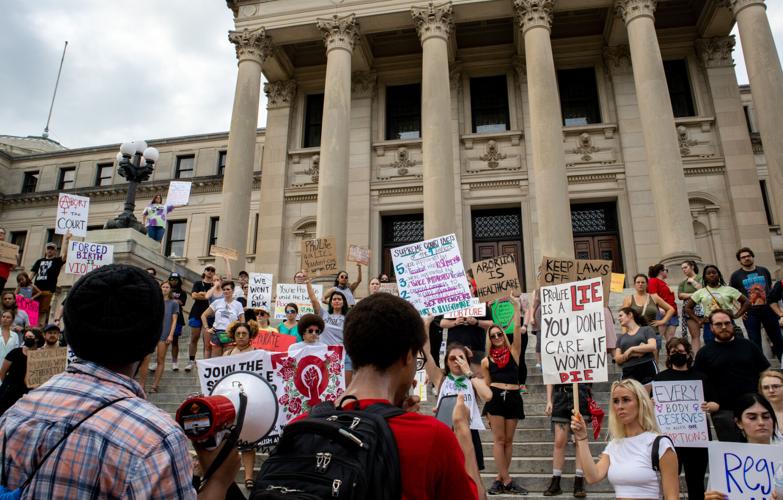 Party for Socialism and Liberation member Bezal Jupiter speaks to the pro-choice protestors at the Jackson Abortion Rights protest. 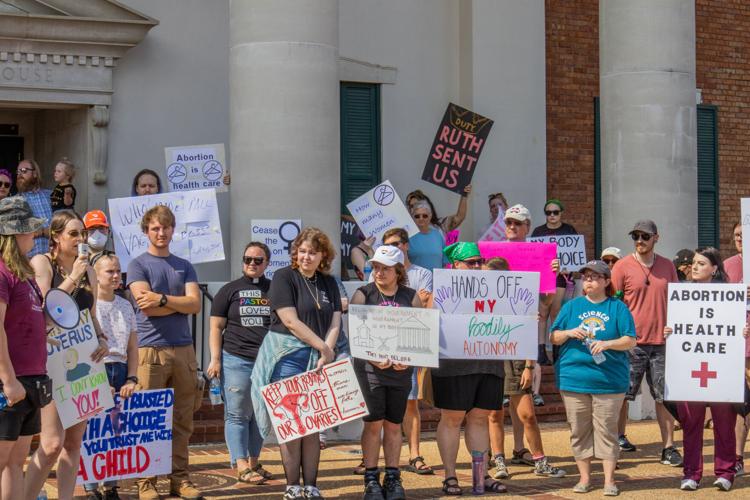 A rally attendee voices concerns to the crowd at the court house in Starkville. 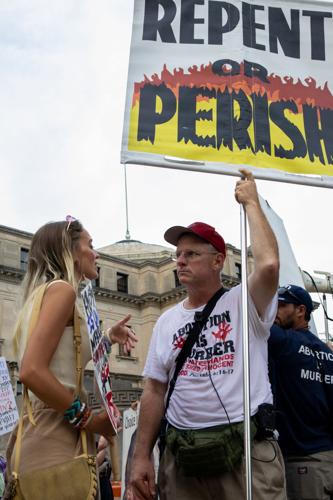 Pro-choice and pro-life protestors argue on the Jackson Capitol steps. 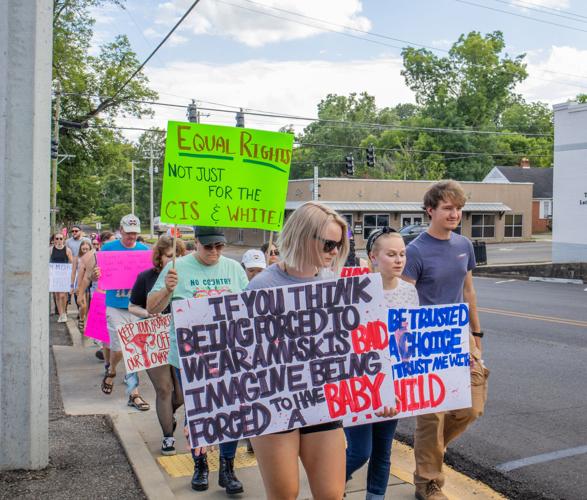 Party for Socialism and Liberation member Bezal Jupiter speaks to the pro-choice protestors at the Jackson Abortion Rights protest.

A rally attendee voices concerns to the crowd at the court house in Starkville.

Pro-choice and pro-life protestors argue on the Jackson Capitol steps.

Tuesday, June 28, about 100 pro-choice and pro-life abortion protesters grouped at the state capitol in Jackson.

The Party for Socialism and Liberation led the abortion rights group. They had several speakers encouraging supporters to continue their dissent.

Bezal Jupiter, a Party for Socialism and Liberation member, explained why the Party was protesting in Jackson.

"We organized this protest because the ruling class organizes fast," Jupiter said. "So, we've got to match their energy; we've got to organize fast too."

The pro-life group did not have a name but was armed with Bible verses, megaphones and large anti-abortion signs. The counter-protestors mainly shouted directly at the pro-choice crowd.

Aside from the gathering sat David Lane, a pro-life supporter, who said he had been protesting Roe v. Wade for 38 years.

"So, this is just an extension of who I've become," Lane said about his decades of protesting. "As long as they're killing babies, I can't quit."

Lane continued, giving anecdotal evidence of why he continues to believe life begins at birth.

"What kind of young lady gets pregnant can see anything other than a little boy or girl?" Lane said.

After gathering at the Capitol, dozens of pro-choice protestors marched around the block, shouting, 'Hey, hey, ho, ho, the patriarchy has got to go,' and 'The people united will never be defeated.'

"This Supreme Court decision is an attack on women's rights, an attack on working-class citizens," lead speaker Jupiter said. "It sets a dangerous precedent for what could follow."

Abortion rights protestor Kelly, who preferred not to have her last name printed, was vocal about the Roe v. Wade reversal.

The following Saturday, a pro-choice rally took place at the courthouse in Starkville on a hot and sunny afternoon.

About 50 protesters were in attendance. Attendees were male, female, non-binary, healthcare workers, students, retired, old, young and middle-aged, according to the reporter's eye witness account. The group all had one thing in common: they believe it is the choice of the pregnant person to decide whether to have an abortion or not.

Beck Ehardt and Andi Humphrey founded Mississippi Women for Women, a Starkville-based group aiming to give a community to other pro-choice advocates in the city.

"If we could just organize and give people a place, time and safe space to show their dissent, then I think we will have done our job," Ehardt said about Mississippi Women for Women.

Ehardt said they organized the protest because she heard people wanted Starkville to host a pro-choice rally, and she decided the community needed a way to express their voices.

"We didn't really know where to start; we just kind of did what we thought and were surprised it got as big as it got," Ehardt, a senior psychology major, said. "And we're so happy."

Around half of the attendees marched around the block downtown chanting for abortion rights. 'The people united will never be defeated,' they chanted as they walked through the city streets. Often, the group would stop, and protestors would speak, telling personal stories.

The other part of the group remained at the courthouse, where the first half had started its momentum. They spoke among themselves as they waited for the marchers to return.

After marching a couple of blocks, the attendees walked back to the courthouse. Once again, a megaphone was passed around as people shared stories and words of encouragement and anger.

After the Supreme Court reversed Roe v. Wade, Ehardt said she was emotional, but most of all, angry.

"I felt disappointed, I felt scared, I felt angry," Ehardt said to the reporter after the protest, "and I think that's how a lot of women our age are feeling because we're having to put new plans into place."

No counter protestors or pro-choice advocates were present at Starkville's pro-choice rally.