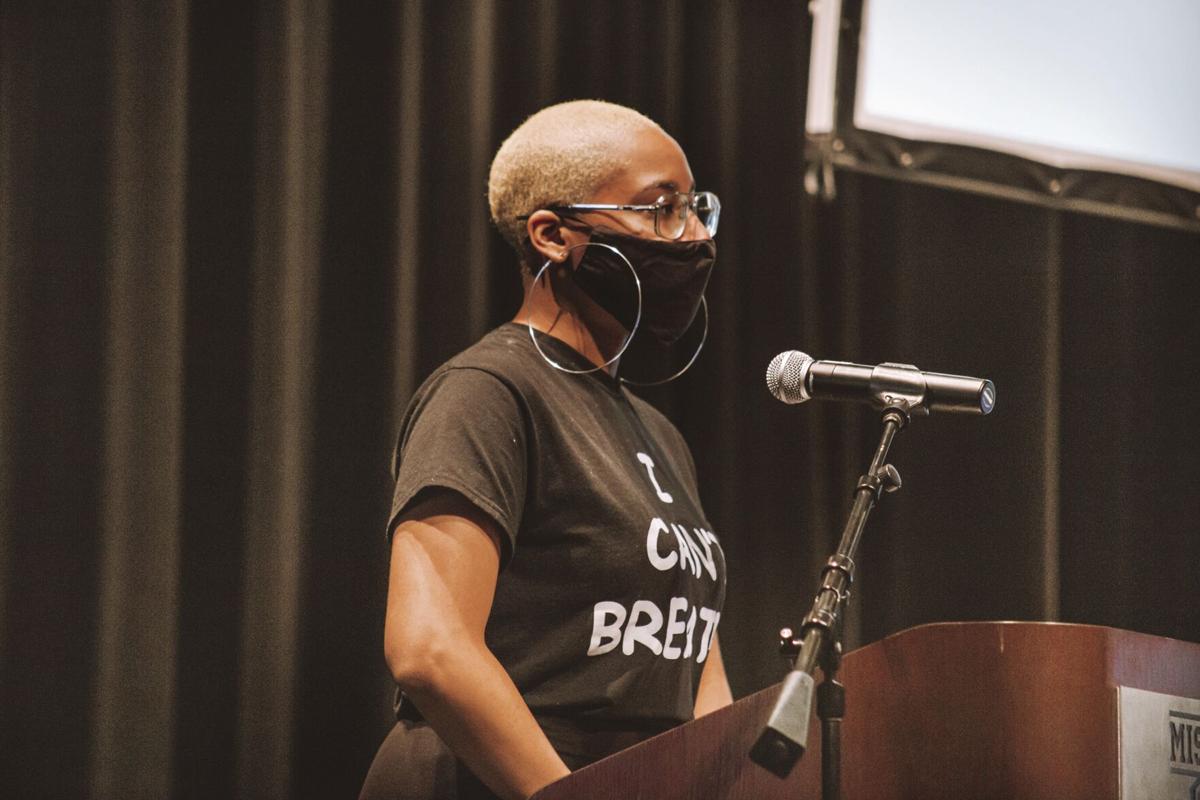 Aspen Humes, MSU sophomore and organizer of the SA Sit Down, addresses the audience of the event at Bettersworth Auditorium. 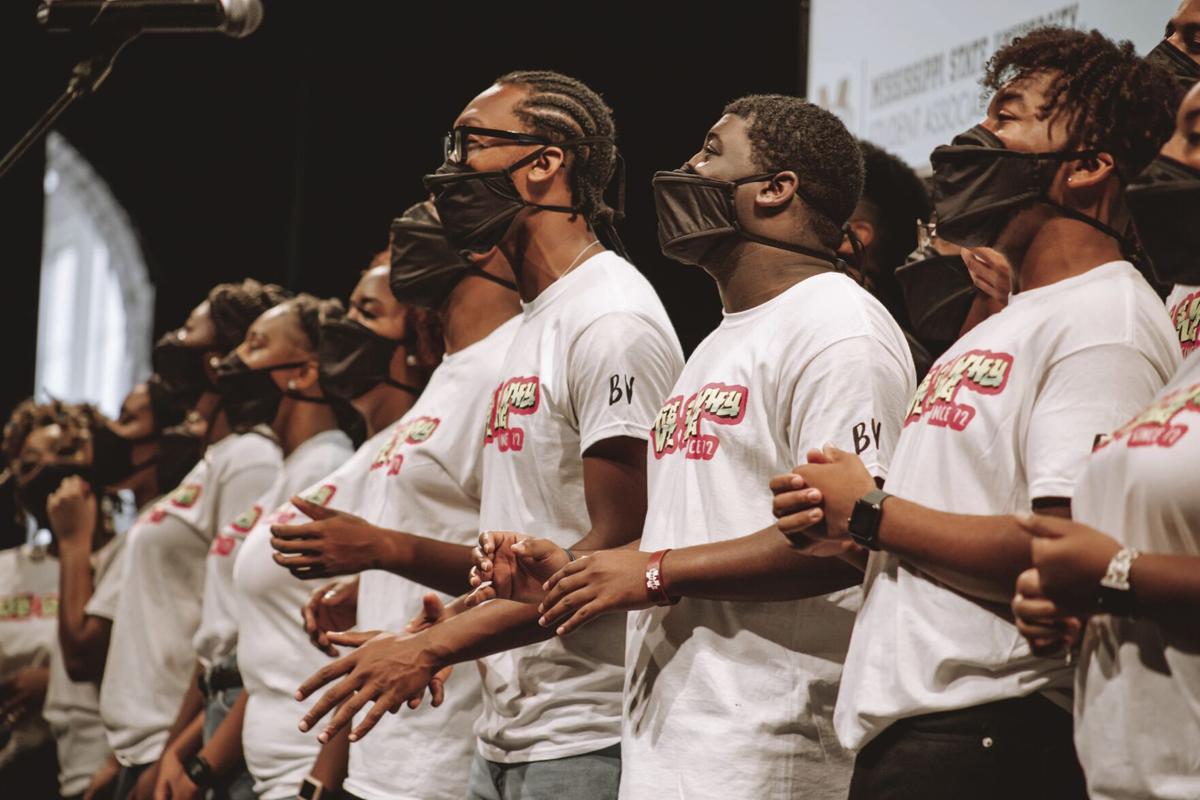 The Black Voices of MSU choir performs at the SA Sit Down at Bettersworth Auditorium in Lee Hall. The choir performed “Lift Every Voice and Sing” as part of the event.

Aspen Humes, MSU sophomore and organizer of the SA Sit Down, addresses the audience of the event at Bettersworth Auditorium.

The Black Voices of MSU choir performs at the SA Sit Down at Bettersworth Auditorium in Lee Hall. The choir performed “Lift Every Voice and Sing” as part of the event.

Outraged by the injustices surrounding Black lives, Mississippi State University sophomore Aspen Humes decided to organize The Sit Down. The event was initially planned to be held at the MSU Amphitheater, but it was relocated to Bettersworth Auditorium in Lee Hall due to inclement weather.

On Oct. 10, students of all races and backgrounds gathered to witness "a peaceful demonstration against police brutality and social injustices." Humes opened the ceremony with a passionate word as the audience stood to acknowledge the individuals whose lives have been taken at the hands of the police. George Floyd, Ahmaud Arbery, Sandra Bland and Breonna Taylor were among the names listed.

Humes expressed her belief that the threats facing African Americans are on the rise.

MSU President Mark Keenum served as a guest speaker and did not shy away from the controversial topic. Keenum expressed the need for more events and conversations like the movement Starkville Stand Up held during the month of June. He spoke on the evil nature of racism and prioritized coming together to face the problem.

"We have to do all we can to emphasize the good that we have and overcome the evil. Racism is an evil. Racism is a sin," Keenum said. "Unfortunately, this world that we live in will always have sin and evil, but when we see evil, we have to address it swiftly and with justice."

MSU's Black Voices choir took the stage and sung their rendition of "Lift Every Voice and Sing." MSU Student Association President Tyler Packer followed by defining racism as a problem within someone's heart.

"It's all about the heart," Packer said. "Racism at its root is a heart issue, an identity crisis, miscommunication and misinformation. It's a lie. Find your heart issue, and challenge yourself to fix it."

National Panhellenic Executive Council President Skylar Shields shared his first experience with racism and discrimination as an 11-year-old boy. While traveling home back to Starkville, his family stopped at a gas station and asked for directions for the fastest route. Shields, whose mother is white and father is Black, witnessed the station attendee tell his mother she would gladly give her instructions if her son left.

"In that moment, I thought I did something wrong," Shields said.

Shields encouraged everyone to seek unity and educate themselves on different cultures and backgrounds.

"Be open to the conversation," Shields said. "Be willing to learn about things you don't know about, and educate your friends."

MSU student, musician, poet and Battle of the Bands-winner Wesley Thomas, known by the stage name Millennial, presented a spoken word portion to the audience.

Student-athlete Sidney Cooks, a native of Kenosha, Wisconsin, then delivered a message. Living only three blocks from the site where Jacob Blake was killed, she said she refuses to remain silent about the inequality and systemic racism Black men and women face every day.

"Dying at the hands of those chosen to protect us shouldn't be normal," Cooks said.

Cooks encouraged all students to vote and realize change happens with us, the students and the future.

"Let's stand together and continue to fight for a change," Cooks said.

Humes closed the event with a moment of silence for the lives that have been lost. She vowed to continue the conversations and encouraged others to do the same.