Skip to main content
You have permission to edit this article.
Edit
Home
About Us
News
Life and Entertainment
Opinion
Sports
Archives
Advertise
Giving
Jobs
1 of 4 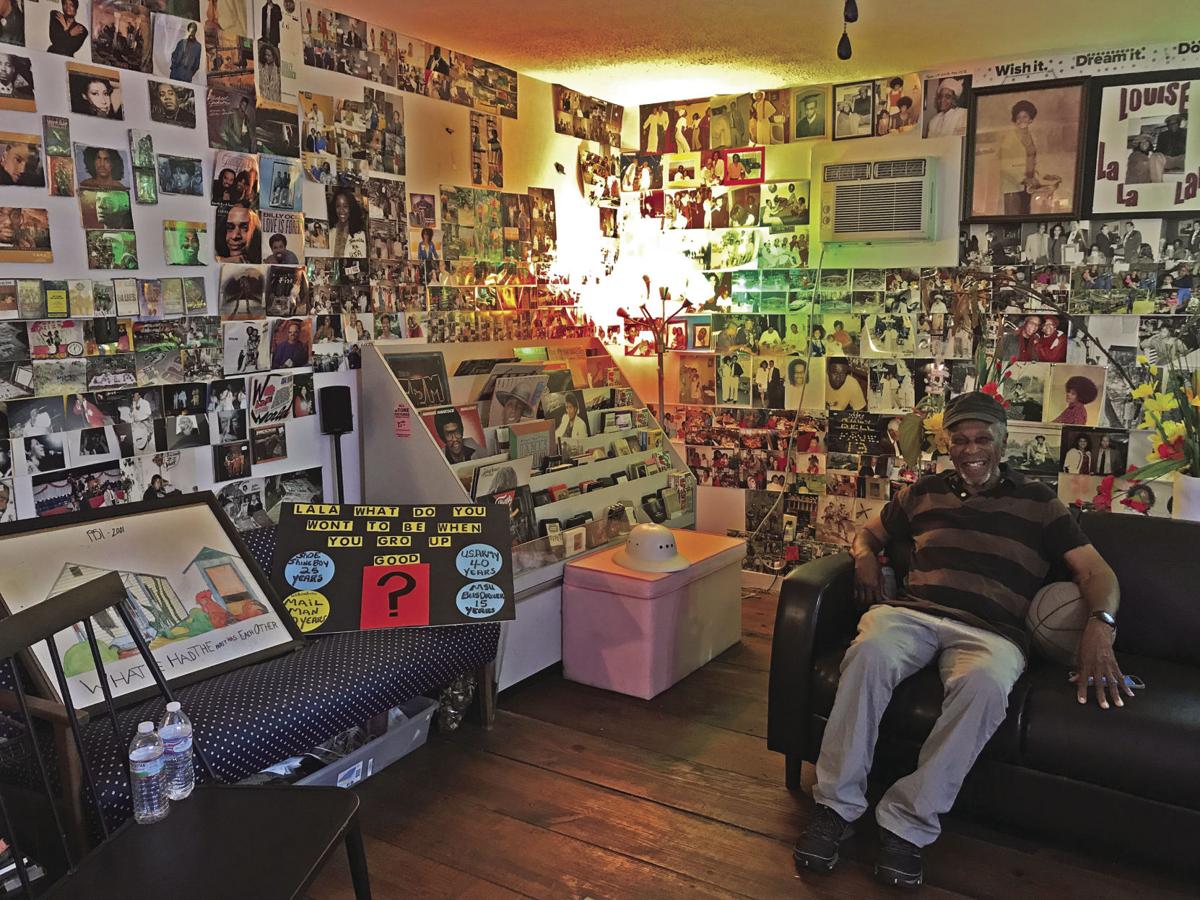 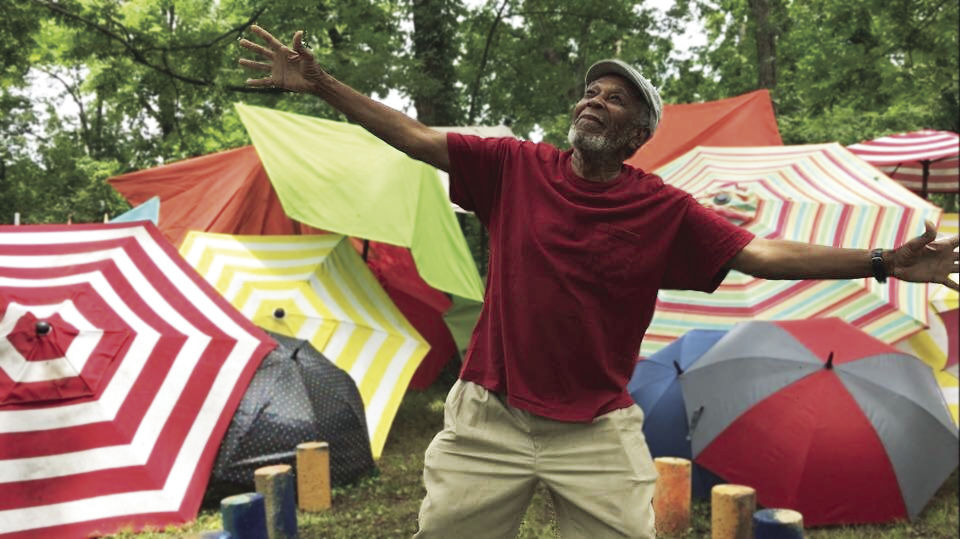 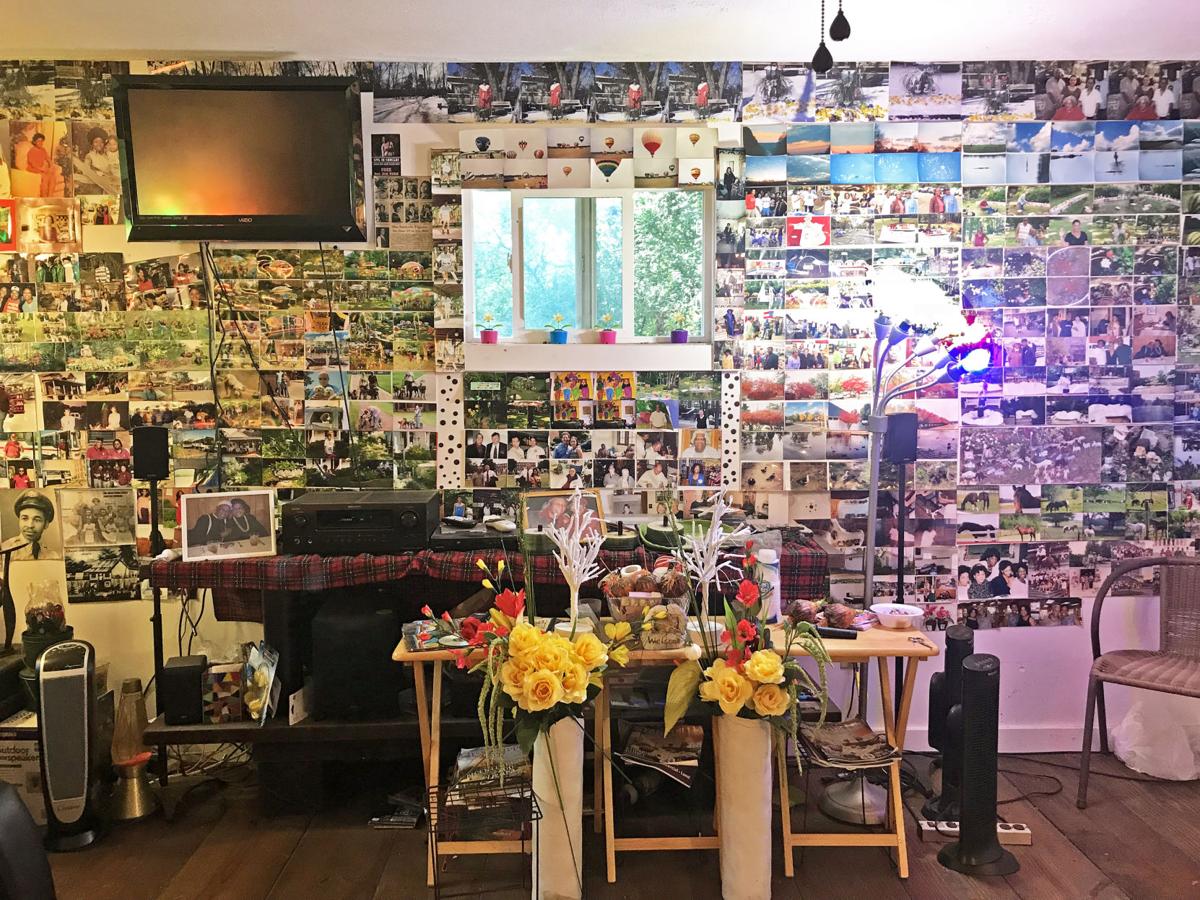 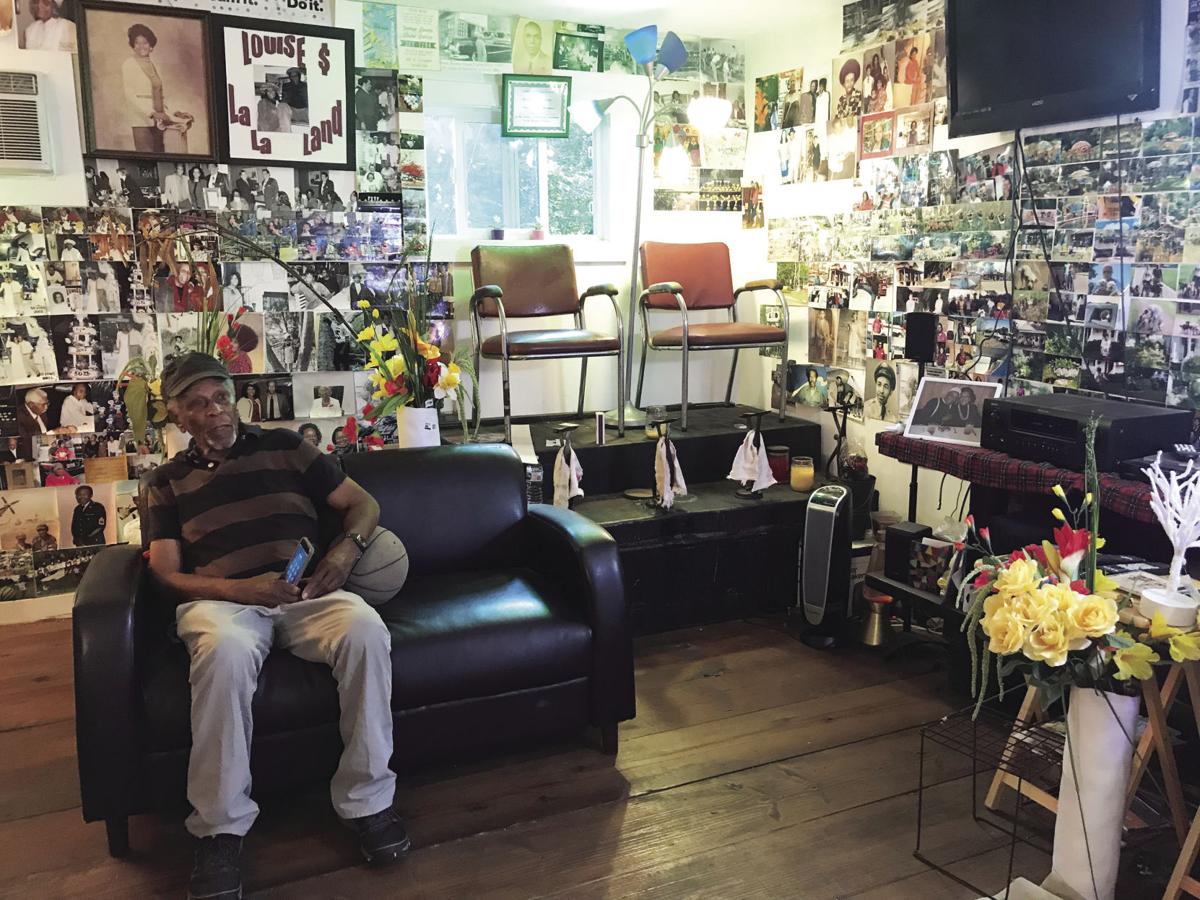 Nestled in the heart of Starkville is a home-turned-museum dedicated to two devoted lovers: Charles “Lala” and Louise Evans.

Lala and Louise Evans spent just short of 60 years together in Starkville. As city natives and active members in the community, the pair turned their home into a community epicenter. Every spring, the Evans’ backyard served as the destination for high school graduation celebrations and community gatherings.

Tragedy befell the couple when Louise died in 2011. Yet, despite the absence of his soul mate, Lala was determined to preserve her memory. Inspired by her, he turned his yard and back building into a museum of their lives together, a celebration of his Christian faith, and haven for music lovers and anyone ready to dance.

Walking into Lala’s umbrella garden known as Lala Land, every visitor is greeted with tables designed to represent different restaurants that existed in the Starkville community of Needmore, including an old ice-cream shop and Dew Drop Lounge. Lala shares his positivity with all visitors, as well as his life mantra: "It’s all good."

Umbrellas faded by the summer sun are spread throughout the yard; a trail of musical trivia traces the borders leading to a bed of roses and crosses symbolic of his Christian faith; and an above-ground swimming pool, painted by visitors from around the world, is in the center of it all. However, the yard is not the end of this display.

Lala Land culminates in a back building called Lala and Louise’s Place. Despite its simple exterior, the inside is work of art. Each wall is plastered with photos of their lives together—white spaces on the walls are sparse. The couple’s love and collection of music is featured through records, cassettes and CDs.

Mementos of their lives are scattered across the room and include an old shoe-shining bench from Lala’s father’s shoe shining shop, where he worked for 25 years. Lala himself was a shoe shiner for 25 years, the first African-American mail carrier in Starkville for 30 years, member of the U.S. Army for 40 years and MSU bus driver for 15 years. Yet, first and foremost, Lala was a dedicated husband.

Lala said young people always ask him how to have a lasting relationship like his, and he always has the same response.

"You put her first. You put each other first," Lala said.

It is through this advice Lala and Louise prevailed. What Louise thought was persistent heartburn, resulted in her death. However, Lala said just before his wife died, she looked into his eyes and said, "I love you."

"Yeah, I still get teary eyes thinking about it, but that was something special," Lala said. "We had 60 wonderful years together and for it to end the way it did… That is something I can live with."

The Evans’ home, located off Highway 12 behind Hardee’s, gained national recognition from the Huffington Post, the Ellen Show, Buzzfeed and the Daily Mail UK after being featured in alternative band Mutemath’s music video for their song "Monument." With over 700,000 views, the Evans’ love and message of positivity became cemented in history.

During Mississippi’s first annual New Narrative Festival last spring, Lala shared his story once more and ended the panel discussion by calling the attendees to dance along with him to the song “Monument.”

Paul Meaney, lead singer for Mutemath, expressed the band's fortune in meeting him, and told his story in an interview with Starkville Daily News.

“He is the living embodiment of not only our song ‘Monument,’ but everything we aspired to write about for this whole new album. We are so honored that he allowed us the opportunity to share his simple yet profound story of an enduring love through our song’s music video,” Meaney told Starkville Daily News.

Sasha Steinburg, news writer for MSU’s office of public affairs and New Narrative Festival attendee, said she had never heard of the Lala's and Louise's story, despite working and living in Starkville for years.

"You would never know that he experienced tragedy because of how positive he is," Steinburg said. "It genuinely makes him happy to make other people happy."

Out of all the presenters at the event, Steinburg said she still has vivid memories of hearing Lala’s story and watching his positivity in action as he danced with attendees around the room and handed out flowers.

"He had this tragic moment in his life, losing his wife, but he didn’t let that stop him. Instead, he turned it into something very meaningful to him and other people as well," Steinburg said. "There may be unfortunate circumstances in life, but it’s the attitude you have and what you choose to do moving forward that really matter."