You have permission to edit this article.
Edit
Home
About Us
Advertise
COVID-19
History
Life and Entertainment
Multimedia
News
Opinion
Sports
Staff
Subscribe
1 of 3 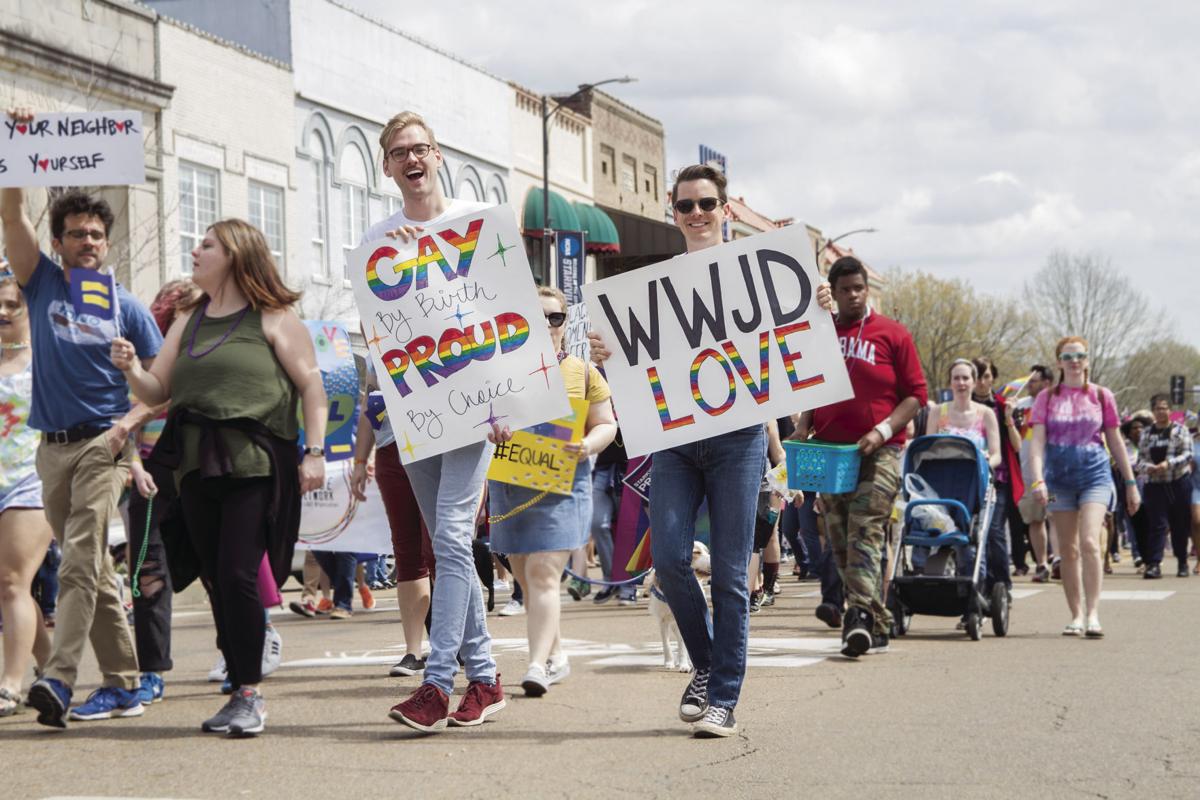 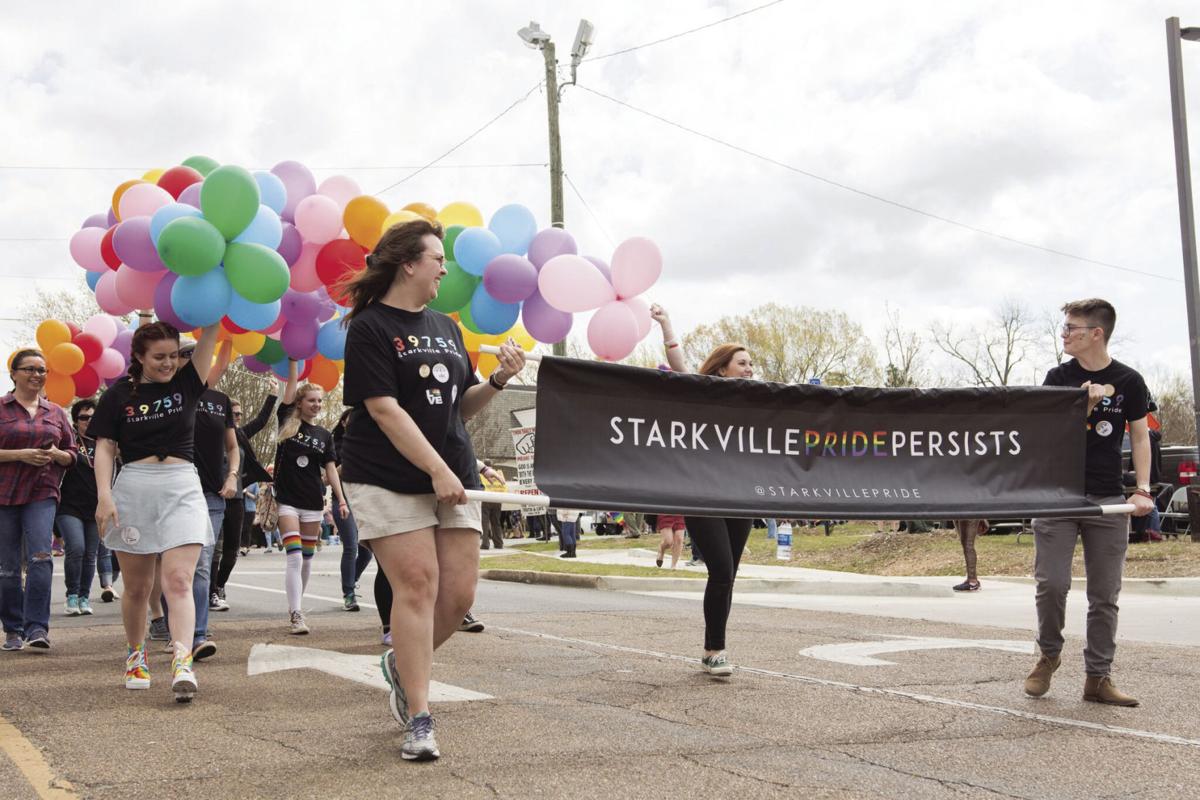 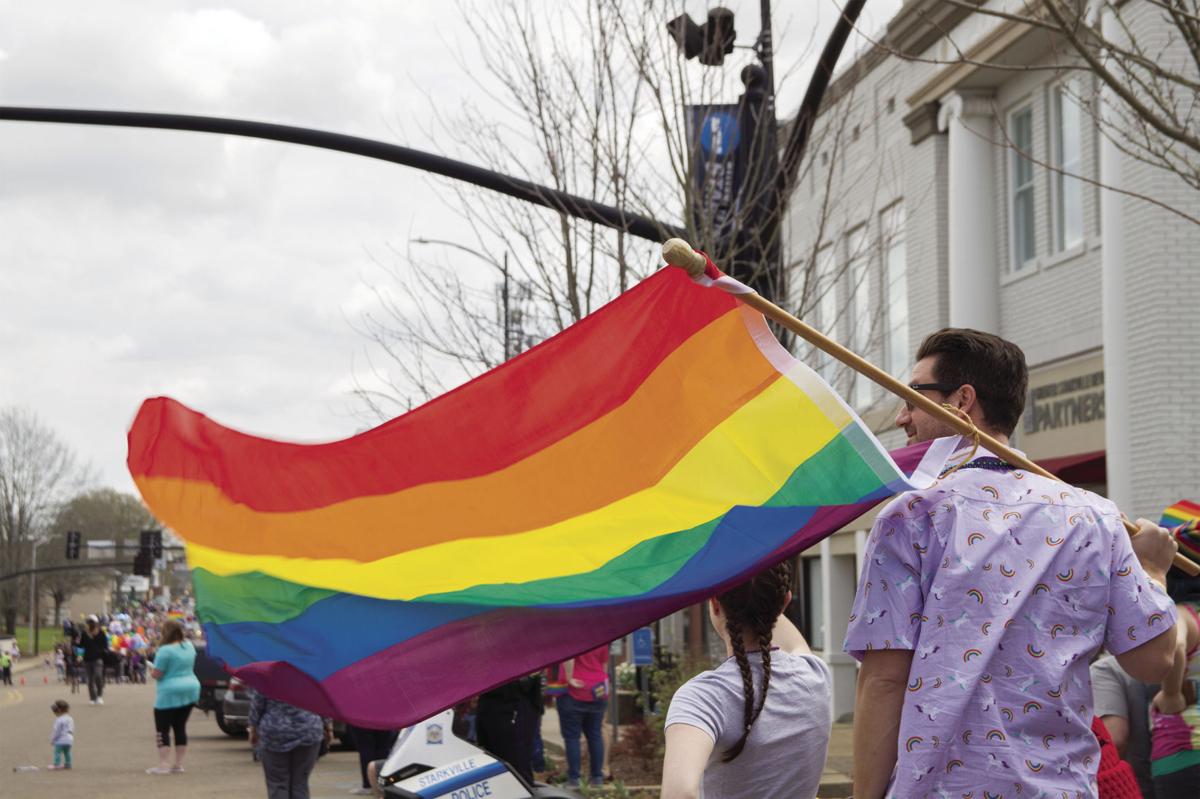 The streets of downtown Starkville were filled with vibrant color and waving flags Saturday afternoon as people watched and marched in support of the city’s first LGBT Pride parade.

Starkville Mayor Lynn Spruill estimated on Twitter there were about 2,500 people in attendance at the event.

Tristan Ponder, a Mississippi State University senior marketing major, said he attended the parade in hopes of inspiring others in the LGBT community.

Before the parade started at noon, Ponder said he believed the event would help the city seem more progressive, as well as promote growth and business.

“It will attract people here, and they won’t perceive Starkville as your typical Mississippi city,” Ponder said.

In addition to the parade, businesses and organizations set up booths Saturday morning during the Queer Art Market at Fire Station Park, where they could sell items and show Pride support.

Josh Herrington did both by selling rainbow-colored art from his business, Duckington Art and Jewelry. Herrington said he was impressed with the success his business had in just four hours.

Herrington not only wished to sell his items, but he also wanted to attend the parade and show his support.

“This community is an underrepresented community that people don’t understand and they don’t know exists,” Herrington said. “So, any chance that I can get to show some support for that side of the community I will, because they’re people, too.”

Also attending the event were protesters, such as members of the Consuming Fire Fellowship church from Busy Corner, Mississippi. The church is known for preaching on college campuses.

Britt Williams, a pastor of the church, said his group attended the event to publicly rebuke sin and ask LGBT men and women to repent.

“First of all, we are representing the Lord Jesus Christ; we’re unashamed of Jesus, we’re unashamed of his word,” Williams said during the event. “His word condemns sodomy and homosexuality. The Bible calls it an abomination, the Bible even calls it judgment: we’re standing against this. We’re here to preach the gospel and call these men and women to repentance. We’re also here to rebuke publicly sin that God hates.”

The protestors followed the parade during the whole route around downtown.

After the parade was over, Starkville Pride Main Organizer Alexandra Hendon said it was bigger and better than she could ever have imagined.

“I don’t think there’s any way to have imagined this magnitude of an event,” Hendon said. “We never thought that it was going to be this big. We never thought that we’d get this kind of support. We’ve had so many people reach out to us. Walking down the street and seeing the entire Main Street packed was just incredible; it brought tears to my eyes.”

Hendon said what struck her most was the immense volume of love evident at the event from attendants and supporters.

One such supporter was Alderman Sandra Sistrunk of Ward 2.

“I have a lot of friends that this is very important to, and I wanted to walk in support of those friends,” Sistrunk said.

Sistrunk had not originally planned to march in the parade. She intended to just watch and give out lemonade at the Episcopal Church of the Resurrection, but as the parade got closer, she said joining in “felt like the right thing to do.”

Sistrunk said the event was better than she imagined. She said it was joyous and hopeful.

“I think it was everything we could have hoped for,” Sistrunk said. “They’ll have a hard time living up to it next year.”

Parade for starville pride has been successes for the students on their affairs of the studies with the staff members amongst. That was the first ever to ponder has been said for the rush essays on the parade time for the also unique ones.