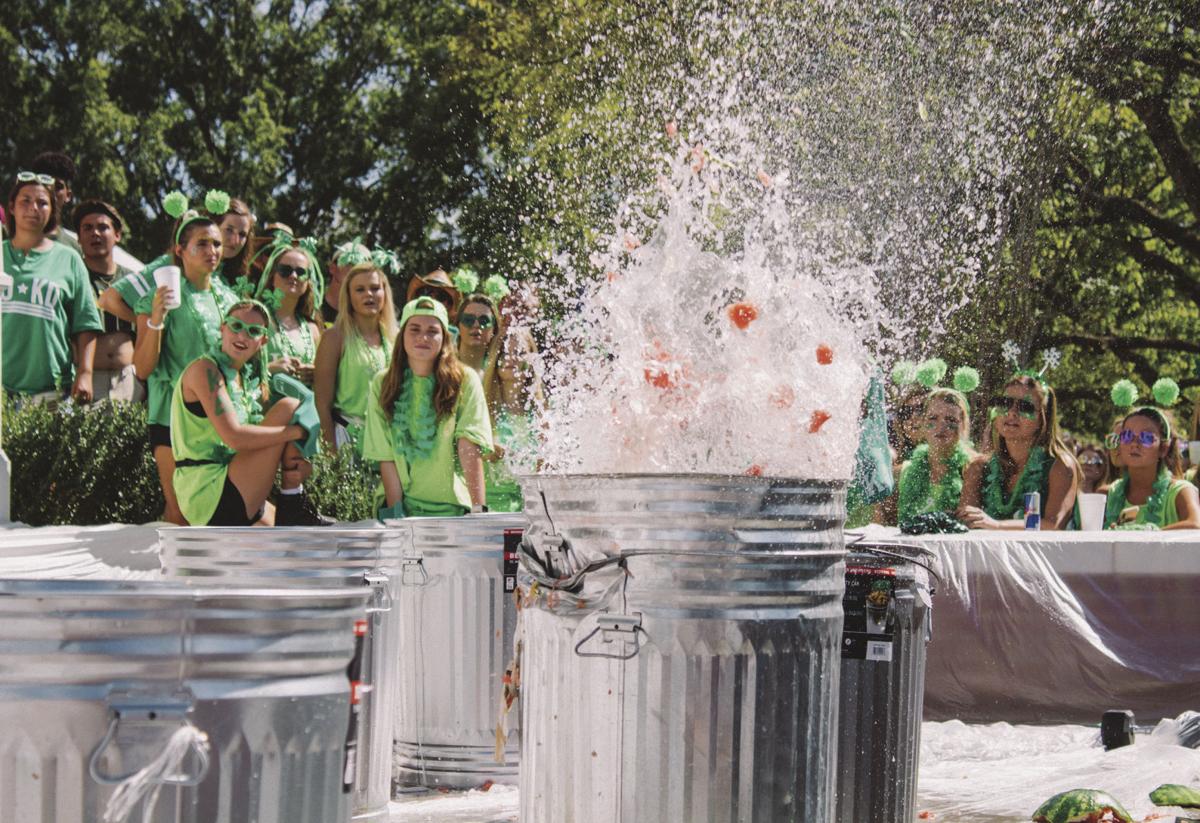 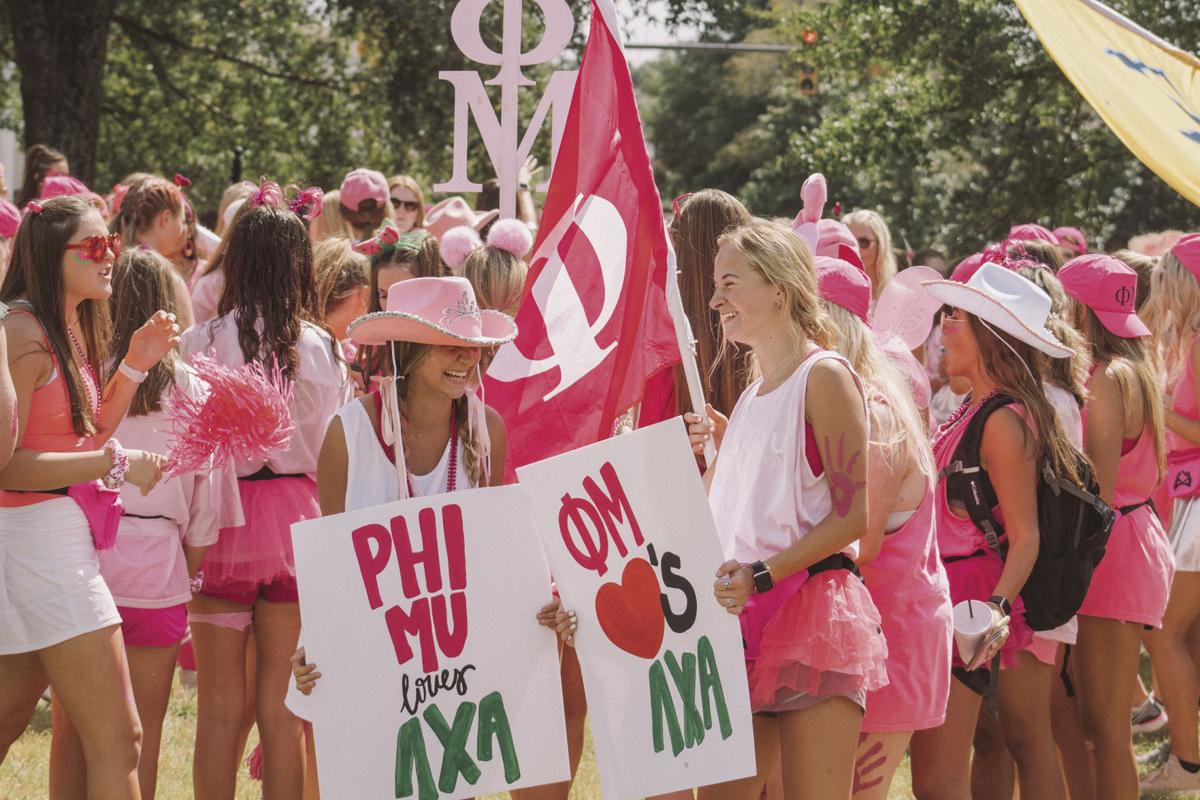 “On Wednesday night, we had a Queen Dinner where each sorority nominates a philanthropy-based, good-hearted person to be our queen. They are judged by a few of our coaches’ wives and afterwards, a Watermelon Queen is announced. This queen also speaks about the philanthropy of our games on Sunday,” Edwards said.

While each sorority had a member represent them in this category, Pi Beta Phi’s Alie Baquerizo was nominated as this year’s Watermelon Queen, while Kappa Delta’s Ellis Ann Jackson was named runner-up.

“Being able to go into an interview and talk to a panel of judges was something that I was really excited about and the chance to do it while representing Phi Mu was something that I was extremely passionate about as well. Feeding America is important to me because who wouldn’t want to support feeding our nation? The idea of representing that organization for Lambda Chi really pushed me to run for the position,” Besanson said.

While all the events are important, Edwards said Sunday is the most beneficial event for Lambda Chi due to their participant requirement of either five canned goods, or dollars, per event entry. After donating to Feeding America, sororities participated in watermelon-themed games in order to determine the week’s Watermelon Champion.

This year, Lambda Chi Alpha was able to raise 16,600 pounds of food and $60,000 from the activities throughout the week.

The overall winner for the Watermelon Fest competition proved to be Kappa Delta, while Phi Mu took second place.

Britton Webb, Kappa Delta president and MSU senior, described the event as both beneficial for Lambda Chi and the sororities participating due to the interactions the girls have throughout the week and the connections made throughout the Greek community.

“As a Greek community, we want to work hard to make sure we support each other because we would want to see our entire MSU community support us in our philanthropy events. So, we have to show that same support,” Webb said. “We love being able to support them truly because of their great cause. It is fun to go out and compete and win, but when you are doing it for a deeper purpose, it makes it all the more sweeter and worth it.”