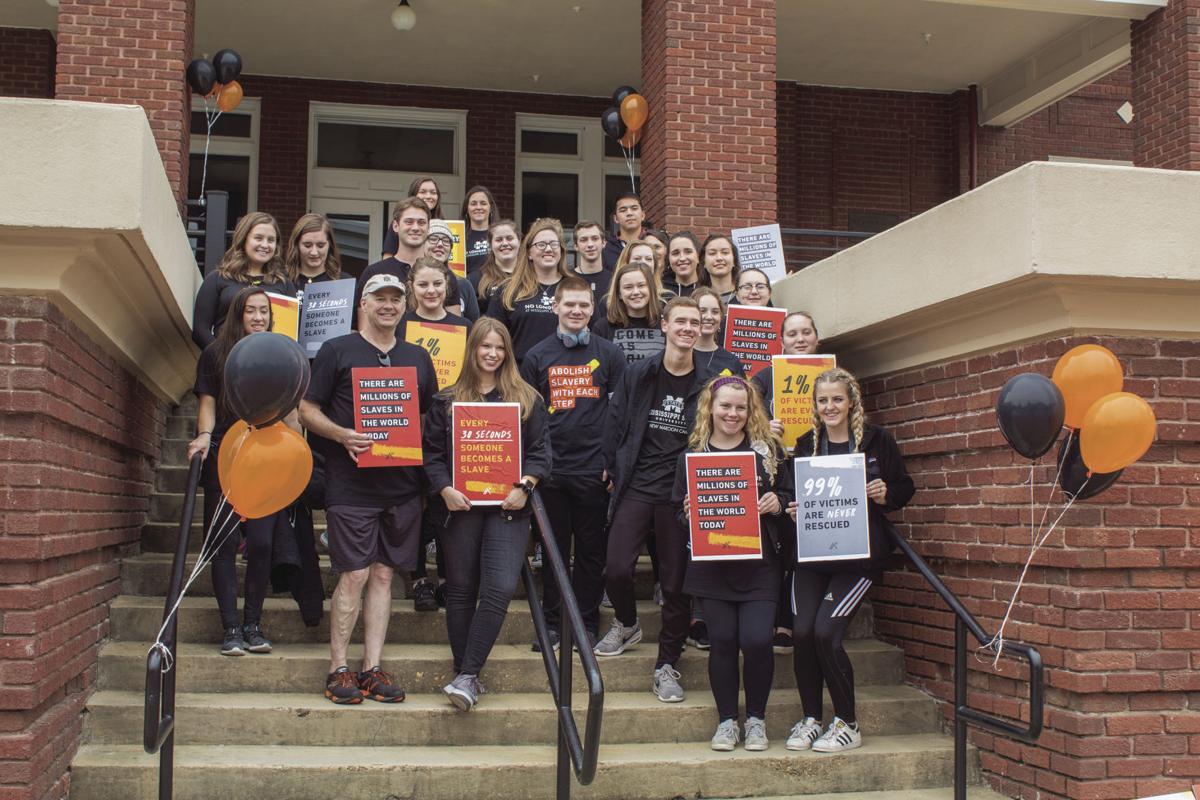 Students gather in front of the YMCA building in the center of MSU’s campus for A21’s annual Walk for Freedom protesting human trafficking. trafficking. 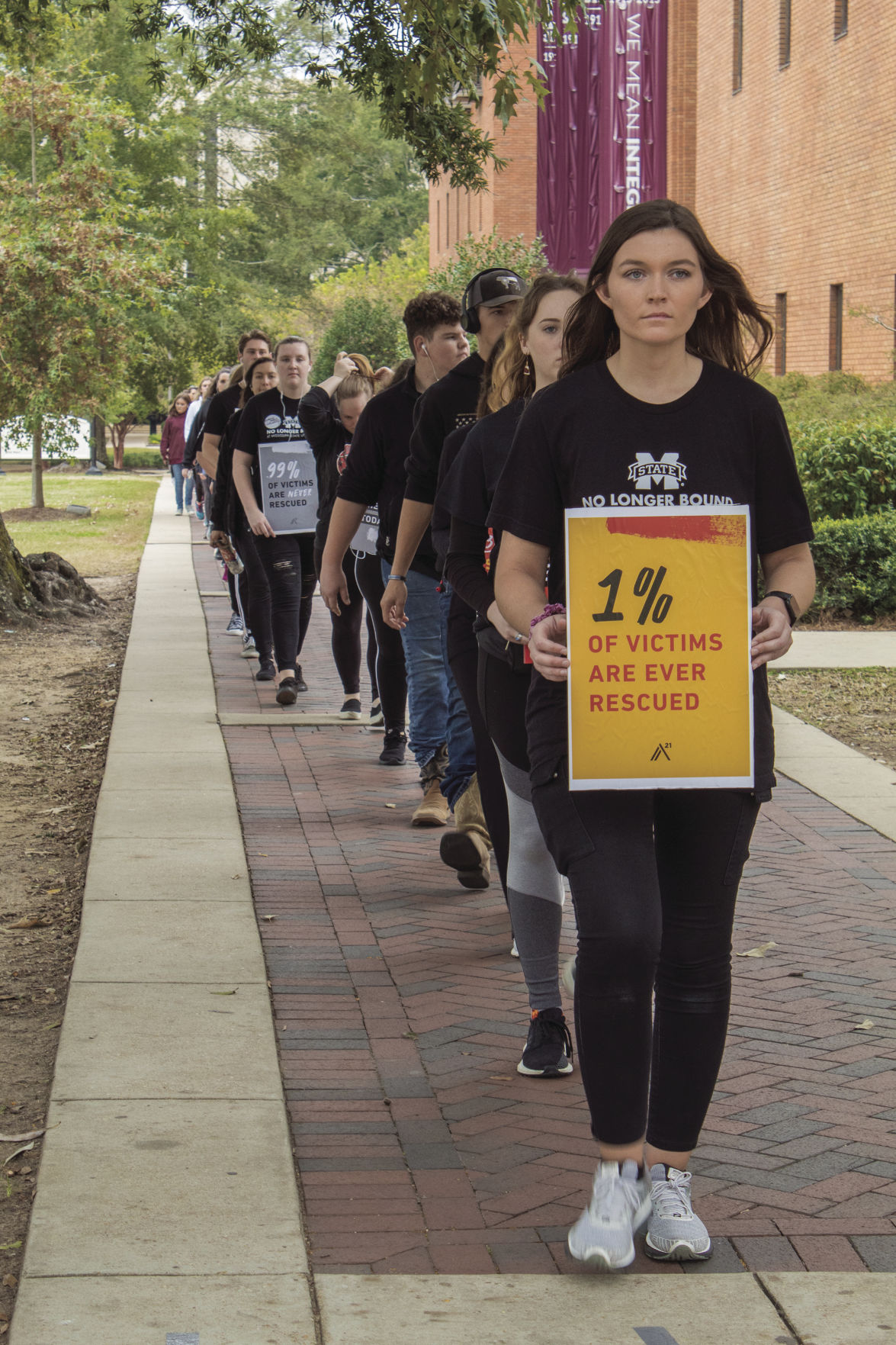 Students gather in front of the YMCA building in the center of MSU’s campus for A21’s annual Walk for Freedom protesting human trafficking. trafficking.

Walk for Freedom is an event founded by A21, an international organization that fights slavery in its various forms around the world. Their Walk for Freedom event gives smaller organizations the ability to host their own event in order to spread awareness of human trafficking. The walk occurs on the same day in 450 other locations throughout the world and was recently adopted by MSU’s No Longer Bound.

Tara Hambrick, a junior chemistry major and No Longer Bound’s vice president, said participants are asked to wear all black as they participate in the walk around campus.

“People from all different cities will have a speaker and then they’ll walk single file wearing all black and holding up signs just to try and get people to recognize that this is still a problem which we need to do something about,” Hambrick said.

Breana Pigott, a junior biomedical engineering major and Walk for Freedom director, said the walk, which was over a mile, began at the YMCA building and continued around the Junction until it circled back to the YMCA building.

“We actually had a pretty good turnout, and it was in front of the YMCA building,” Pigott said. “It was nice because we not only reached the people that were signed up to register for the walk, but also passers-by that would just hear us speak while they were walking by to go to the tailgate.”

MSU’s Walk for Freedom speaker was Lindsey Simmons from Mississippians Against Human Trafficking, who spoke to the crowd about another facet of human trafficking besides the sex industry—labor trafficking.

Throughout the week, No Longer Bound was able to spread awareness through their fundraising efforts which included No Longer Bound and Walk for Freedom-inspired t-shirts.

Mary Margaret Mitchell, a sophomore industrial engineering major and No Longer Bound’s treasurer, said the event was focused more on boosting awareness rather than fundraising efforts.

“We are doing mainly awareness. There is a fun-run aspect to it, and we have been working on fundraising this week, so that all of those proceeds can go directly to A21 which goes to help with victims that are rescued, so that they can get back to life,” Mitchell said.

“Right now, slavery is at an all-time high, and most people don’t realize that because it includes both sex trafficking and labor trafficking,” Mitchell said. “The biggest reason I decided to be a part of this was the fact that I didn’t know it was a problem until recently. Everyone says slavery has ended and it really hasn’t and it’s so upsetting to think about the fact that people out there are still not free. Only 1% of people are rescued, so this is such a large-scale problem with not enough attention.”