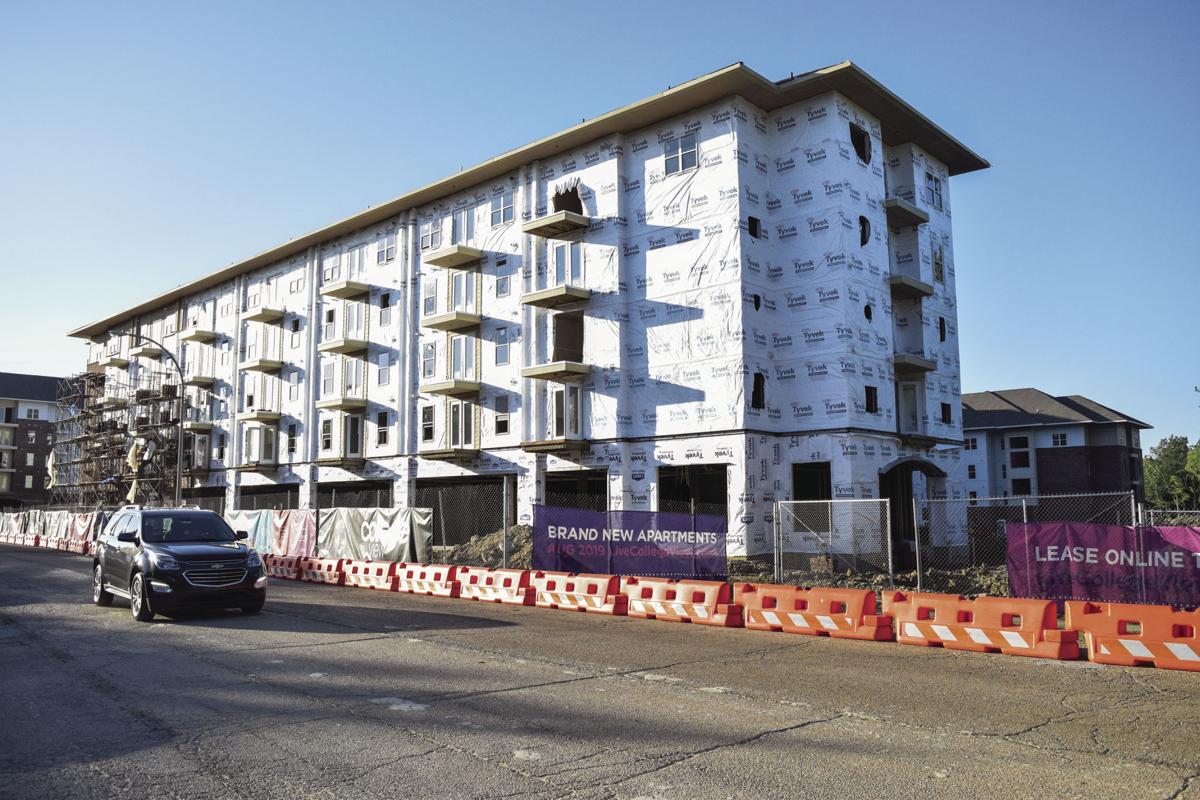 College View apartments, the newest addition to MSU’s Department of Housing and Residence Life, continues construction in April with plans to open in time for the 2019 fall semester. 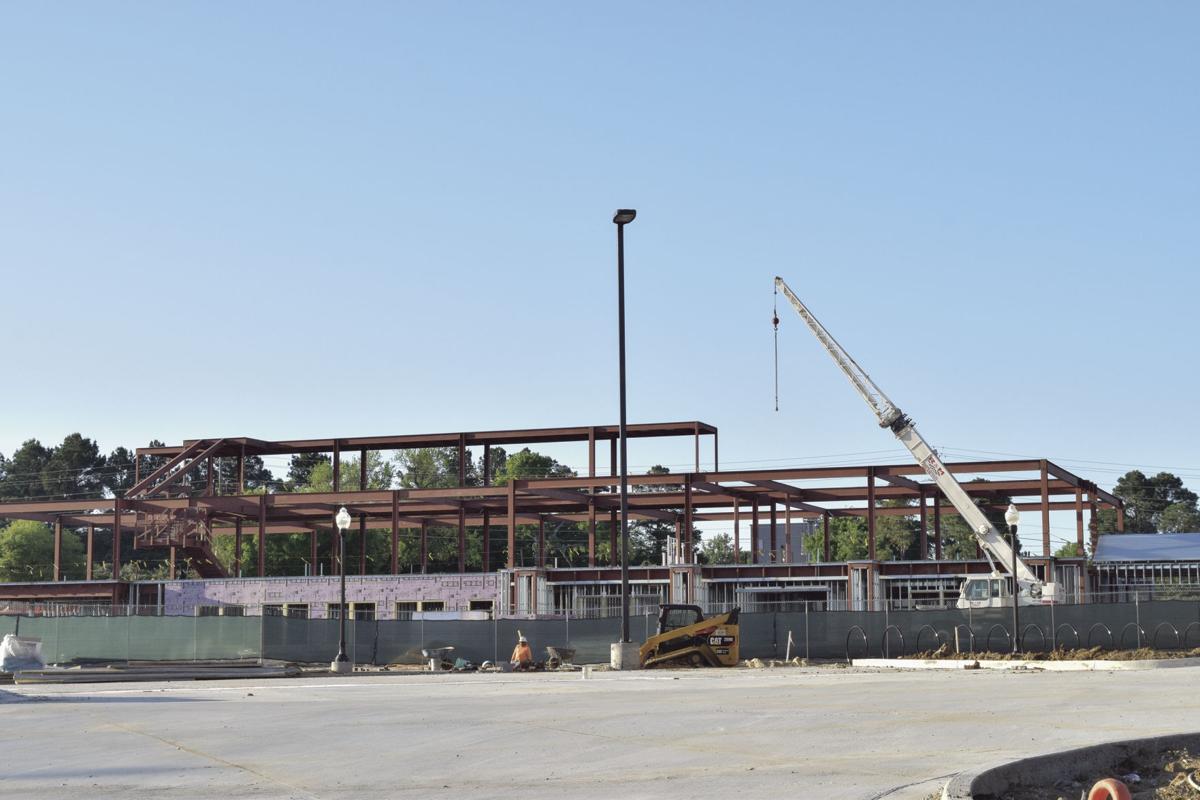 The university’s new 34,500 square foot Animal and Dairy Sciences building, located directly off of Hail State Boulevard, is scheduled for completion this summer. 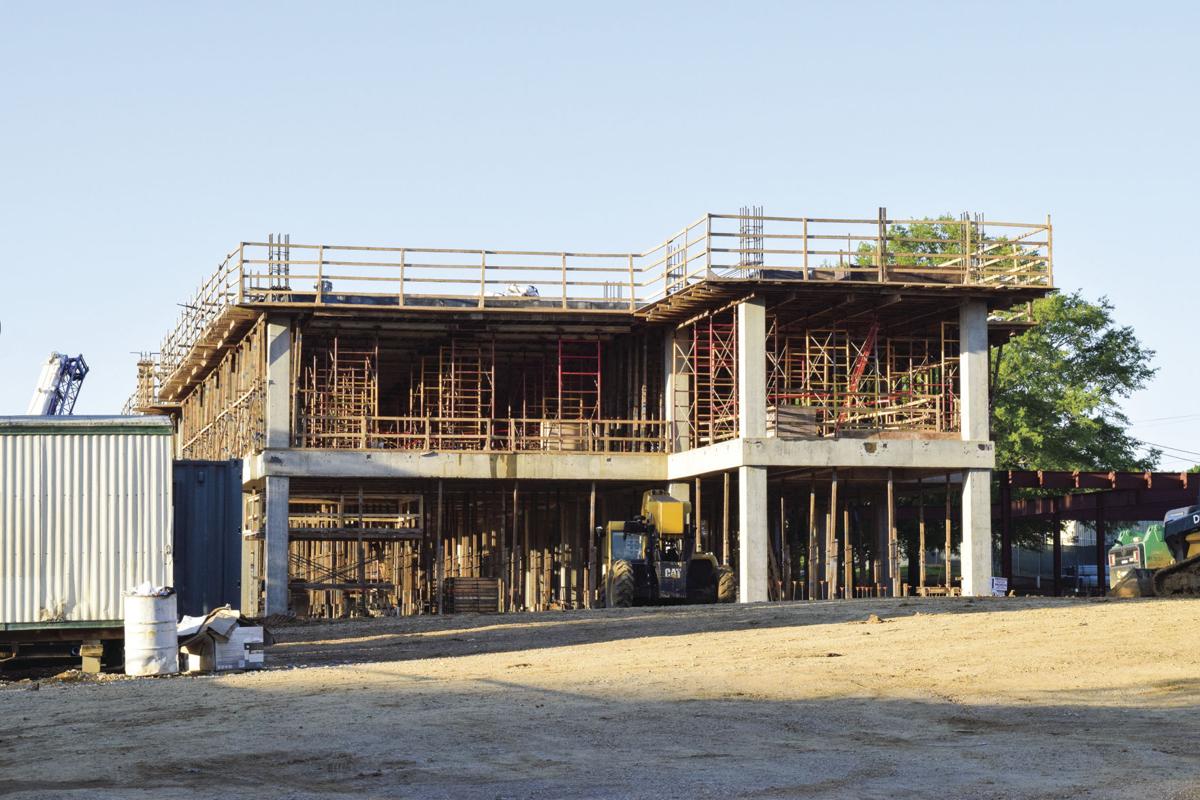 The $34 million Richard A. Rula Engineering building, which will house the Department of Civil and Environmental Engineering, continues construction in April and is scheduled for completion at the end of May 2020.

College View apartments, the newest addition to MSU’s Department of Housing and Residence Life, continues construction in April with plans to open in time for the 2019 fall semester.

The university’s new 34,500 square foot Animal and Dairy Sciences building, located directly off of Hail State Boulevard, is scheduled for completion this summer.

The $34 million Richard A. Rula Engineering building, which will house the Department of Civil and Environmental Engineering, continues construction in April and is scheduled for completion at the end of May 2020.

At a growing college such as Mississippi State University, construction is required to meet the myriad of needs that may arise as the campus population grows. Due to this growth, new students can expect to see construction completed and initiated on a range of projects during their time at MSU.

Tim Muzzi, director for the Office of Planning, Design and Construction Administration, said that all projects, no matter their size, seek to meet one goal—health and safety.

"It is the ultimate goal for the Office of Planning, Design and Construction Administration to ensure that all buildings protect the health, safety and welfare of students, faculty, staff and visitors," Muzzi said.

According to Muzzi, the College View Apartments and the new Animal and Dairy Sciences building are scheduled to open at the start of the 2019 fall semester. The Poultry Science Building and the MSU-Starkville Oktibbeha County School District Partnership School, a school for sixth and seventh grade students that will function as a training site for MSU student teachers and faculty, are also scheduled for completion this fall.

Dei Allard, the executive director for the Department of Housing and Residence Life,  said College View Apartments is the newest addition to MSU’s Housing and Residence Life and offers upper-division students the luxury of apartment style living with the amenity of being located on campus. College View is located on 385 College View St., only a few blocks from the Humphrey Coliseum and a short walk from the Davis Wade Football Stadium.

Allard said the timing is perfect for new students to check out College View before making a commitment.

"When thinking about first year students, this next year will be a great opportunity for them to go look at College View and spend time enjoying the new retail space," Allard said. "If they are looking to have an off-campus feel apartments but still be connected to Mississippi State, then College View will be perfect for them."

According to Allard, the first floor of College View will be open to public and house retail, including restaurants and boutiques. Also, Allard said the large grassy space and amphitheater in the center of the complex is designed to host small scale festivals and concerts, some of which will be open to non-residents.

Muzzi said the new Animal and Dairy Sciences building is also scheduled for completion during the summer. The three story, 34,500 square foot project is designed to house offices, administrative space, classrooms and labs.

Additionally, Muzzi said the Richard A. Rula Engineering and Science Complex is scheduled for completion at the end of May 2020. This $34 million construction project will house the Civil and Environmental Engineering Department.

According to Jeremiah Dumas, director of Parking and Transit Services, an additional Critz Hall parking lot is expected to be finished in September 2019 and it will be located immediately east of Critz Hall. While the lot will be designated for Commuter East parking tags, its 225 parking spaces are planned to be open to all commuters during the first few months it is open.

Dumas said other parking projects on campus include a new five-story, 500-space parking garage located on the hill side between Howell Hall and Deavenport Hall. Construction on the project is projected to begin this June and be completed one year later in June of 2020.

According to Muzzi, this parking garage is currently undergoing bids from contractors, but will hopefully be powered by solar panels on the garage’s roof. Just like the paid parking at the Old Main Academic Center, this garage will charge hourly for parking.

Despite the cost, Dumas said its location makes it ideal for those heading to the Sanderson Center or the Humphrey Coliseum.

Muzzi said the last major parking project in the design stage is a new parking lot immediately south of the Fresh Food Company, where the old intramural sports fields are currently located. This 315-space parking lot will connect with the adjacent resident hall parking lot to create a vehicular circulation route from Stone Boulevard to Hardy Street.

Dumas said parking is the primary complaint they receive from students, and advises students to learn the locations for all lots in which their permit is eligible.

"Since probably the second week of September, we have had available commuter spaces in every zone. It’s just people don't go to that parking area," Dumas said. "With Commuter West, for example, many people limit themselves to the lots directly around Fresh Foods. However, there are many more available lots.”

In regard to campus infrastructure, Muzzi said the Summer Overlay 2019 project is set to repave several major streets within the boundaries of campus. These areas include George Perry St., Bully Blvd. and Stone Blvd. from Russell Street to the intersection of Bully Blvd. and Stone Blvd. In addition, a street crossing will be developed on Bully Boulevard between the Hill Poultry Science Building and Sorority Row.

Muzzi said infrastructure is of vital importance when managing construction on a university with over 100 years of history.

"On a campus that was founded in 1878, we are constantly attempting to upgrade our infrastructure to accommodate the everyday needs of the campus," Muzzi said. "These are projects that are not easily seen, and most of the time are underground. This infrastructure is the life blood of our campus. Without this infrastructure, our campus could not function."

Outside of long term projects and infrastructure projects, Muzzi said there many other projects currently in design.

According to Muzzi, the anticipated projects include the Catalpa Creek Confluence project, a kinesiology building next to the Sanderson Center, a new music facility on the north side of the existing band hall, a new indoor tennis facility near the women’s soccer field and a new facility for the College of Architecture, Art and Design.

Muzzi said the Catalpa Creek Confluence project will be of particular interests to all students since it is a project that will create a wetlands area immediately south of the new Animal and Dairy Science building. Muzzi said this area will include walkways and be a wonderful area for students and faculty alike to enjoy the beauty of MSU’s campus.

On top of the many new projects on campus, Muzzi said renovations are being discussed and analyzed for the Humphrey Coliseum, Ethridge Hall, Magruder Hall, Carpenter Hall and George Hall.

In reference to the many ongoing and future construction projects at MSU, Muzzi said these projects work to collectively represent the university.

"If you are seeing the campus and the architecture that is happening now, it is starting to form its own language about Mississippi State," Muzzi said.