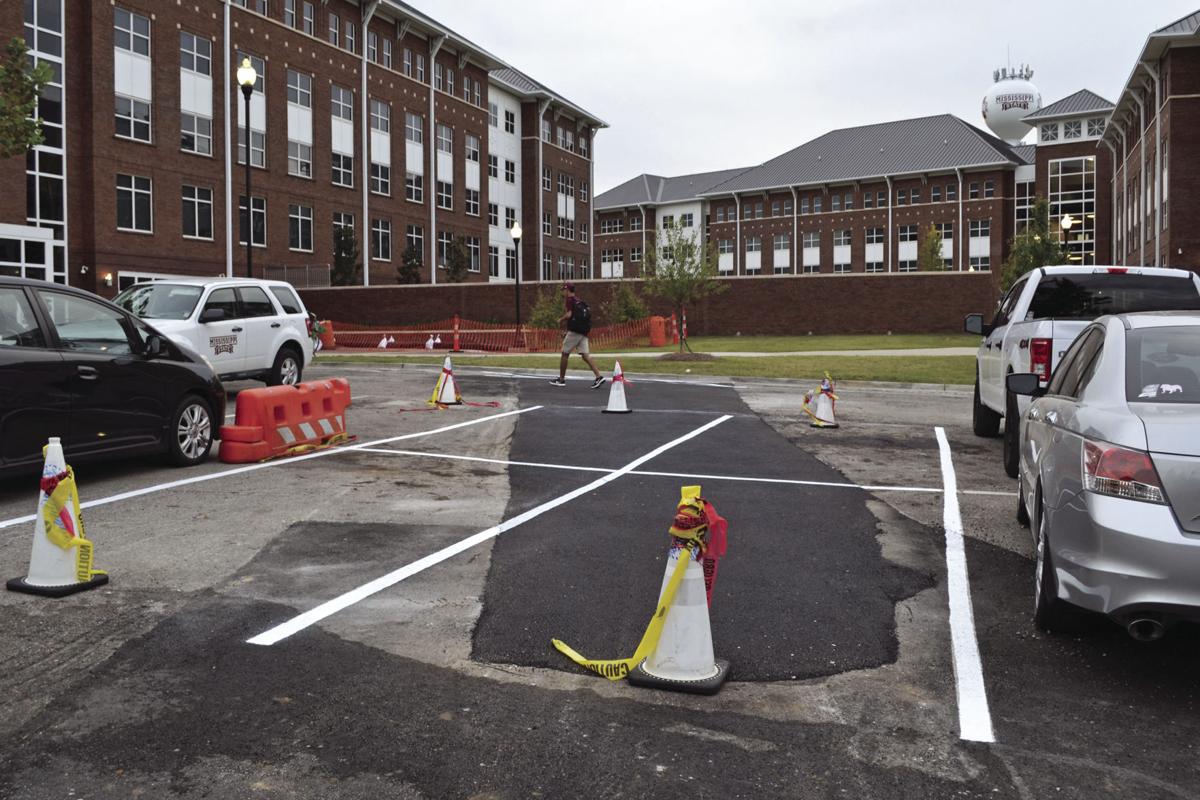 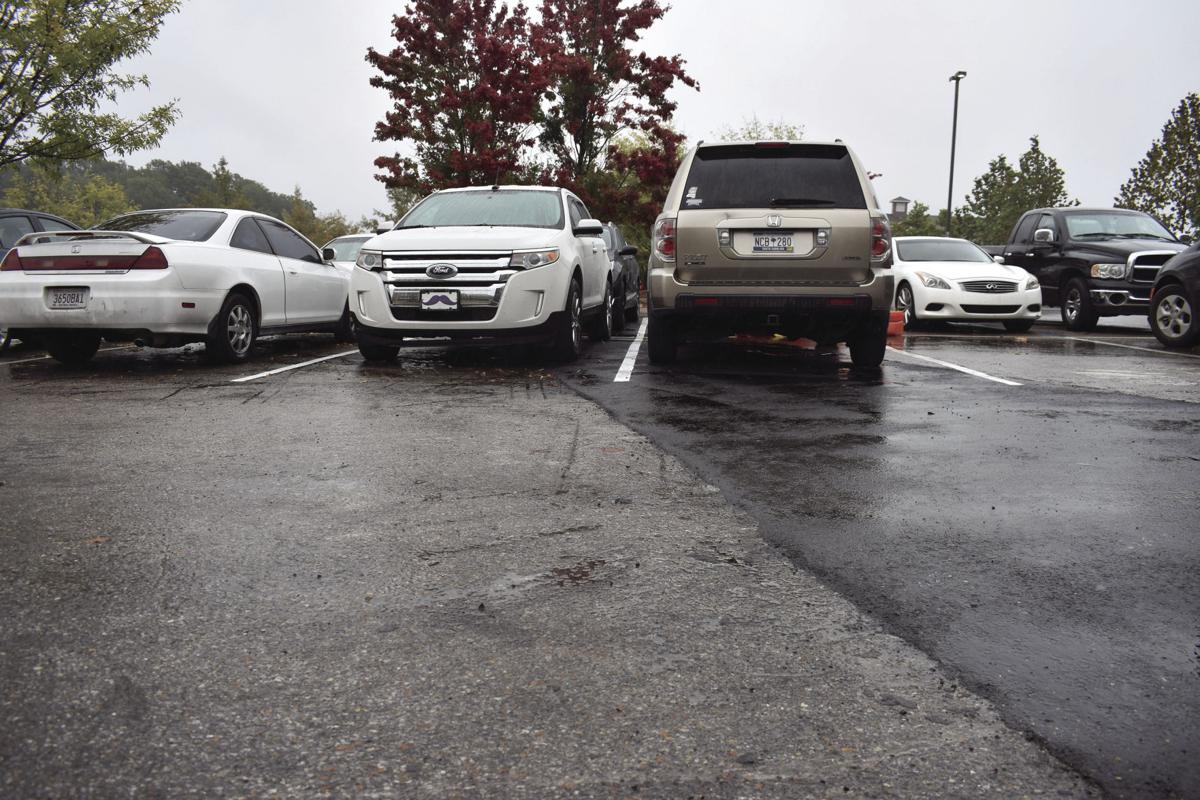 A sinkhole appeared in the parking lot of Dogwood Residence Hall at Mississippi State University after water flowed underneath the asphalt.

Fred Mock, associate director for Maintenance and Facilities at MSU, said a water drainage line broke, which caused the ground to sink.

“Originally, we thought there was a break in the line. So they ran a TV camera from a manhole to all the way up here. Somewhere in there, the line is broken,” Mock said while pointing at the end of the water spout where the water pipe began.

The water drainage from the roof goes down into the ground in a line, and then runs into a water drainage pipe, which is now broken. The cause of the break is still unknown. As a result, Mock said the water followed the line down to the parking lot.

“So, it has just started following the outside of the pipe all the way down,” Mock said. “For whatever reason, that (the area where the parking lot started to sink) was the best place for it to start to sink down.”

Currently, the drainage pipe is out of the ground and on the surface, going into a water grate so it will not leak any more. However, Mock said they will still have to fix the water line underneath the ground, including digging up the edge of the entrance to Dogwood and the area where the water grate is.

In regard to the sinkhole causing a threat to cars in the parking lot, Mock said it did not pose a threat because Maintenance and Facilities corrected the problem temporarily. He also said they found out about the sinkhole thanks to a student.

“When we had all of that rain, one of the students in the building said, ‘I think it is getting worse,' and it was,” Mock said. “As soon as we came out here after that rain, we blocked the spaces off.”

Colton Watson, a sophomore chemistry major from Brookhaven, lives in Dogwood and said he was never concerned about the sinkhole.

“It does not concern me terribly,” Watson said. “I would be totally surprised if a sinkhole happened where it swallowed up vehicles and people. If another one happens, I think it will just be a four-foot drop.”

MSU Chief Communications Officer Sid Salter said the university is aware of the situation and is working to fix it as quickly as possible.

“Campus Services is aware of this situation and is regularly monitoring the lot,” Salter said. “A contractor has been procured to implement a permanent repair in the next few days. At this point, the university does not believe that this represents any danger to anyone, but will monitor it until repairs are complete.”

After they blocked off the parking spaces, it took about seven to 10 days for the contractor from the company who built Dogwood to come and figure out what happened. They also repaved the parking spaces affected by the sinkhole.

As for the cost of repairs, it will not be undertaken by the university. Instead, the contractor will incur the costs of the repairs. Mock said the sinkhole cause came with the building when it was constructed.

“The contractor who built these buildings will bear the price of that costs,” Mock said. “That goes with the warranty of the building and workmanship, so the university will not be paying for it.”

Mock said the sinkhole will probably not happen again if the line is constructed properly and if the soil tests are done right, and then packed around the line correctly. There are still some repairs they will have to do, but for now, it is temporarily fixed until they can make those repairs, Mock said.

Excellent post, Work is the Georgia Universally helpful of everyone's life in light of the way that everyone in this World comes to work for living and I need to essaylib for alumni understudies. Without work takes after presence without breath so keep looking forward and work really in this way an obligation of appreciation is all together to share this post.

In regard to the sinkhole causing a threat to cars in the parking lot, Microsoft AZ-301 Exam Questions Mock said it did not pose a threat because Maintenance and Facilities corrected the problem temporarily. He also said they found out about the sinkhole thanks to a student.