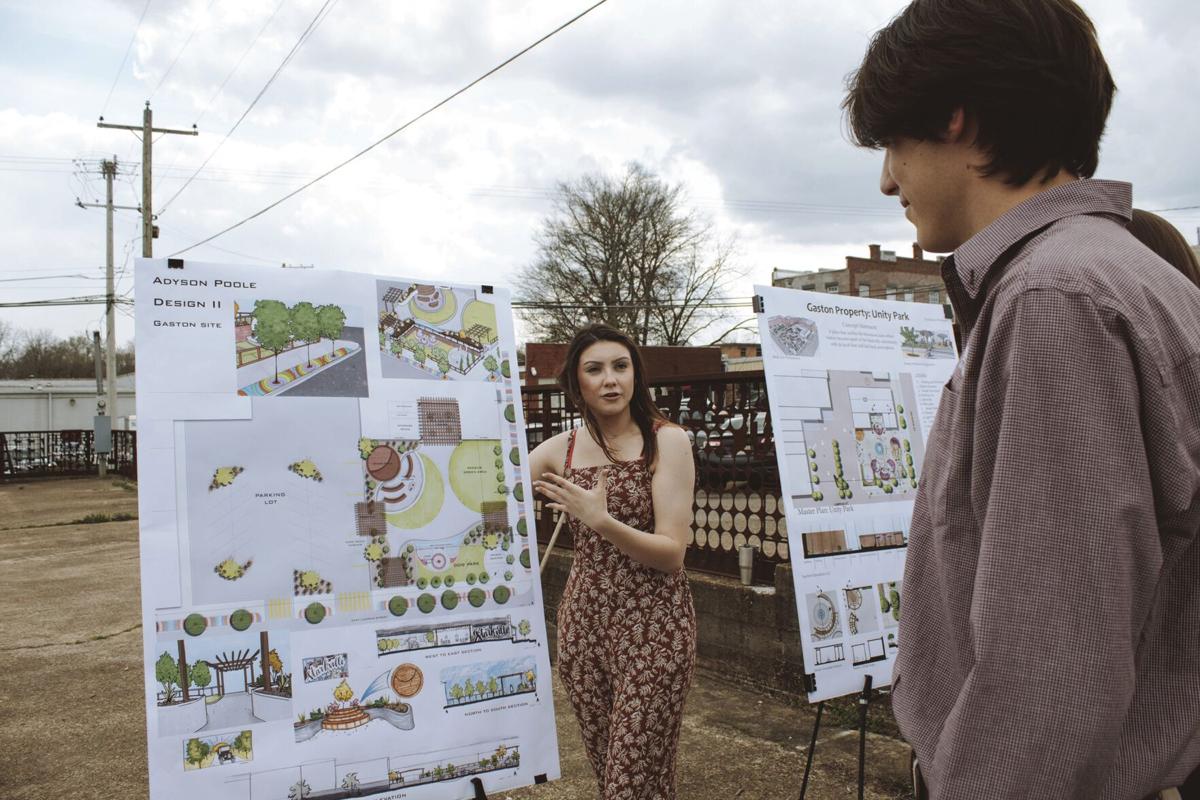 Adyson Poole, a landscape architecture student in Design II, discusses the details of her design which features elements for everyone, including families and college students. 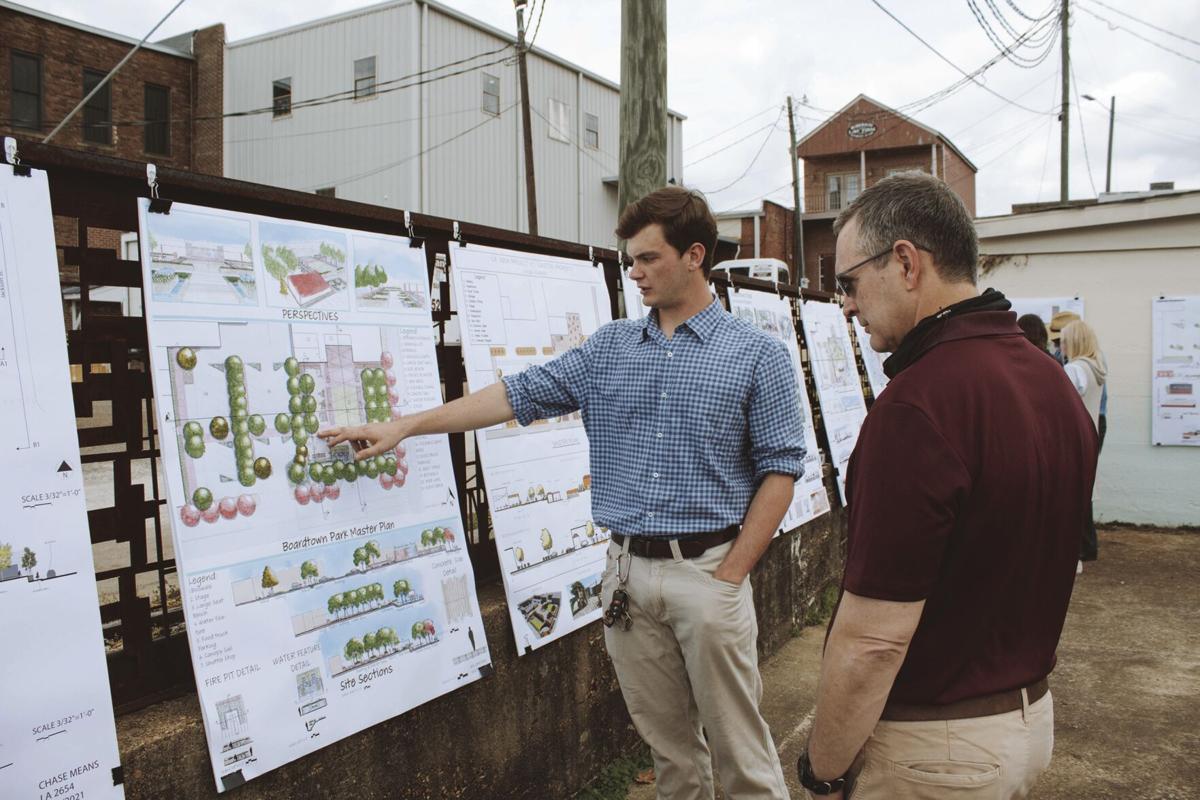 MSU sophomore William Irby presents his project plan at Friday’s event. One or multiple designs will be selected by the Main Street Association and used for the new installation.

Adyson Poole, a landscape architecture student in Design II, discusses the details of her design which features elements for everyone, including families and college students.

MSU sophomore William Irby presents his project plan at Friday’s event. One or multiple designs will be selected by the Main Street Association and used for the new installation.

On Friday, Mississippi State University landscape architecture students enrolled in the Design II class unveiled their proposals for a park downtown at the corner of Jackson Street and East Lampkin Street. Students were given a number of weeks this semester to plan and design a proposal for an urban park, which had to be feasible and well thought out.

Twenty three posters were present on the lot, which previously housed the Starkville Community Market, on March 12. In addition to the students displaying their proposals, MSU faculty member and member of the Starkville Main Street Association Taze Fulford was present and walking around the lot. Fulford co-teaches the class with another member of the landscape architecture faculty.

Members of the Main Street Association will review all of the proposals from students and move forward by selecting elements from one, or many projects. The hope is that a project on the site will begin over the next several months.

Student designs were drawn from a number of inspirations, from feasibility and access to features and use. Many students incorporated elements that would be attractive to families in Starkville, while some opted to appeal more towards students. Features included a range of options: a dog park, a stage, lush greenery all over the lot or shaded areas intended as places to study and hang out.

Students such as Garrett Harpole, a sophomore landscape architecture major, expressed how the site looked at the present and how it can be changed.

"We're trying to optimize this space to be used by people for a park. Right now, with the concrete and current state, it is not ready for that," Harpole said.

Harpole spoke on how long a project like this takes for the students involved and how in-depth it is.

"We spend weeks doing inventory analysis, coming to the site every day, getting exact measurements of existing structures to see what you want to keep and then another week digging through data and figuring what you want to change. Afterwards, we make concept diagrams of designs and priorities," Harpole said.

Harpole also spoke about the wrong ideas people tend to have about his major.

"A lot of people have misconceptions about landscape architecture. They may think it is just about gardening," Harpole said. "It's about trying to create an experience for people and using space. I want people to understand our goal is to make a space people can use and enjoy being in. That is our job."

"I wanted something that tied into a little bit of everything," Poole said. "I have colors everywhere to make it inviting not just for college students but for families as well. People can walk by with their families and say 'Hey, let's go see what's up here.' I also have a multipurpose stage, which would be for concerts, poetry nights and the like. It's very versatile."

Poole also mentioned the pet-friendly aspects of her design.

"I have a dog park, which would also have a splash pad open during the summer. There's a lack of dog parks in Starkville, and I figured there needed to be a central one near to the Cotton District."

Poole lastly spoke of her gratitude for the opportunity to showcase her work.

"I'm really grateful for this opportunity. This is very community involved, and that's really important for the community of Starkville to give their input on it, as this is a public park. So you want to build something everyone will like. You don't want something to be built and no one to get use out of it."

Fulford, co-instructor of the Design II class, explained why the lot was chosen for a park.

Fulford also spoke about the next step in the process of a park being built.

"We'll take these boards back to Main Street, and they may pick one or take pieces of many to generate a new plan," Fulford said. "Afterwards, they'd have to start generating interest in the project, talking with the greater community and figuring out how we'd fund it. This is conceptual student artwork. So they'd have to find a landscape architect to put the work in drawings, so it could be built."

Fulford ended with the amount of work that went into these proposals.

"It was a lengthy process," Fulford said. "They did analysis of the site, went through how things fit on the site, did functional diagrams, completed three conceptual plans for the site, then a master plan. They did a lot of work. I think they all learned a lot."