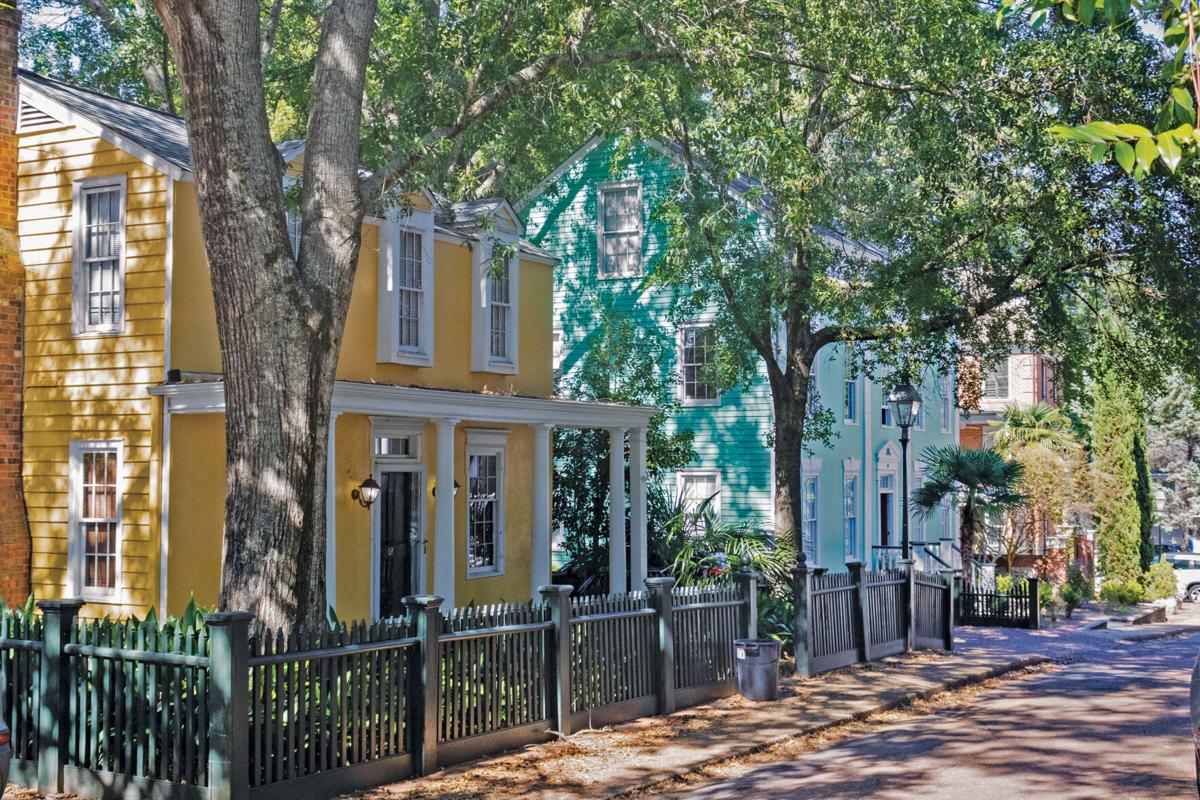 The Cotton District may now be filled with colorful housing and vivid nightlife, but a century ago, the District was the site of a cotton mill. 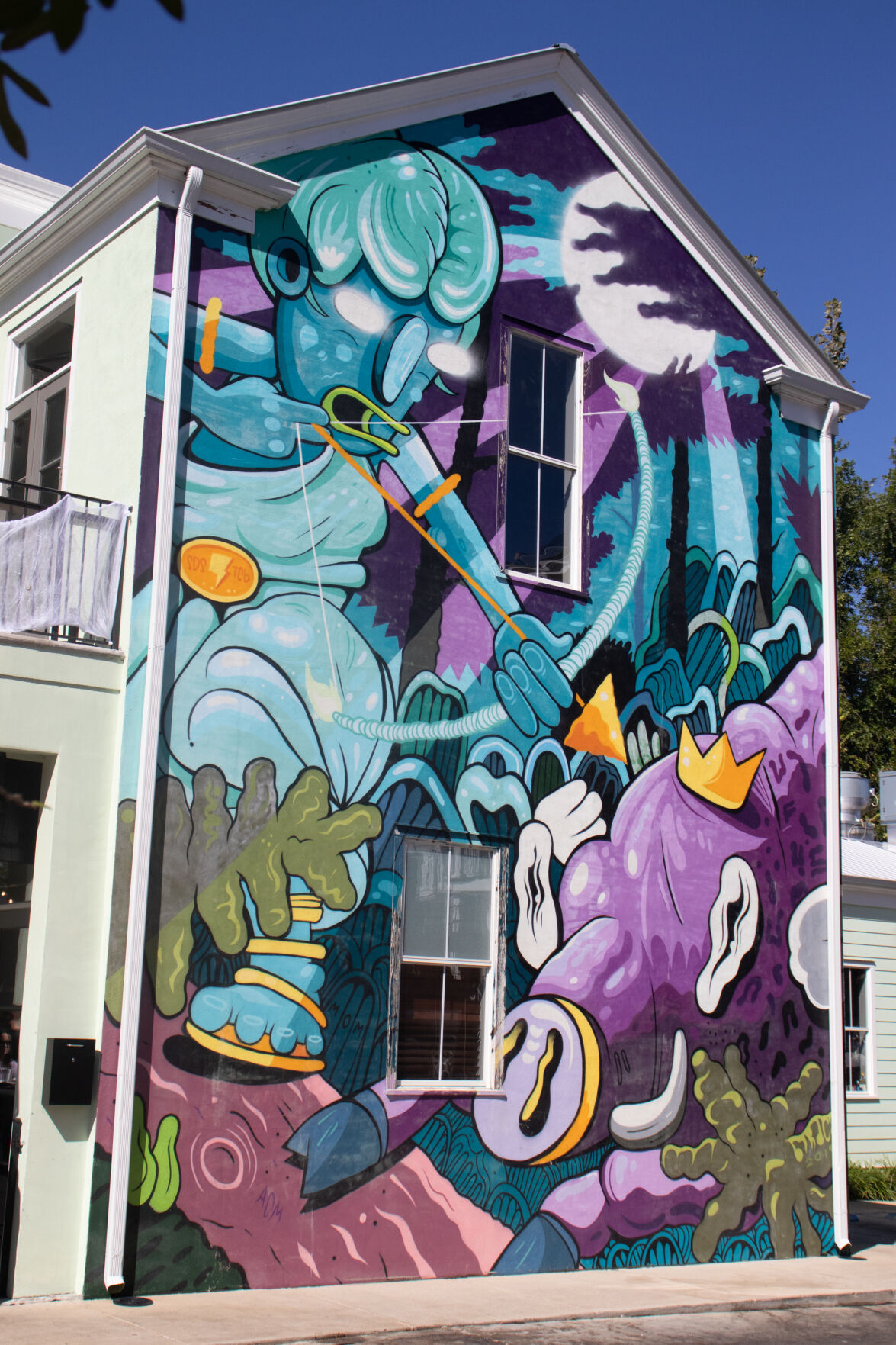 Cartoon-inspired murals decorate the sides of buildings and bars in the Cotton District.

The Cotton District may now be filled with colorful housing and vivid nightlife, but a century ago, the District was the site of a cotton mill.

Cartoon-inspired murals decorate the sides of buildings and bars in the Cotton District.

The Cotton District is a popular sector in Starkville among students, locals and tourists due to its vibrant nightlife and inviting eateries. For such a sought-out area with consistent business, it may be surprising to discover that this quarter was once something entirely different.

According to the Cotton District website, in 1926, the Starkville gem was the home of a cotton mill owned by the Sanders family. Tenant housing for mill workers covered the District instead of the multitude of student housing currently present. However, everything changed for this sector after the mill halted production in 1964 and Starkville adopted the Urban Renewal Laws in 1967.

The definitive idea of the Cotton District was formed in 1969 when Dan Camp, who was an industrial arts professor at Mississippi State University at the time, began to invest in properties located on Lummus Street with the plan to transform them into student rental homes.

Robert Camp, the owner of Cotton District Rentals and son of the late Dan Camp, explained the incremental process involved in the development of the District.

“Most people that are (younger) think (the Cotton District) automatically and magically popped up. A lot of people come in today who have never been here before think that one person came in and built this overnight when this has been a 50-plus year project,” Camp said.

His father’s interest in the area and his later installments of timeless, classical architecture were rooted in his exposure and love for Greek revival cities such as Alexandria, Virginia, Charleston, North Carolina and New Orleans, Louisiana. He wanted to transform a formerly bare Starkville into an area that thrived off embraced culturalism.

Before the years of renovations and improvements made by his father, Robert Camp described the area as undesirable and avoided by the community. The dilapidated state of the homes and dismal appearance of the environment caused residents to refrain from visiting.

According to Camp, the only commercial space available in the area during the 1980s was the District Cafe, now home to Uno Mas. However, this lack of business did not stop the once tight-knit community from making the most out of their surroundings.

“It was a whole different kind of group of people whereas now it has become so large and almost uncontrollable. Back then, everyone knew everyone, and everyone hung out together. It was a true neighborhood. They would have parties,” Camp said.

The focus on commercialism, according to Camp, began in 1999 when the blue building that currently holds Bin 612 was built. Business began to pick up in 2005 after the development of former restaurants such as Tonic and Up Your Alley, but Starkville’s downtown area was still the star of the show at this time.

“Everybody in this community knew at the time that downtown was the hot spot as we only had three little places here. People would come through and say, ‘I don’t know what you guys are doing because this is never going to take off,’” Camp said.

Pat Bryan, the owner of Starkville Midtown Properties and former co-worker of Dan Camp, described his journey back to Starkville around 1980 and how his friendship with Dan Camp got him involved in property investments in the Cotton District.

The atmosphere of the Cotton District when Bryan arrived differed vastly from today because of the petite size, but this small-scale community did not lack generosity and togetherness.

“Back in the early ’80s or all throughout the ’80s, it was like a family. If people didn’t have places to go for the holidays, then they would join others in the community,” Bryan said.

Bryan explained that Camp’s endeavors were rooted in his care for minority communities and his objective to provide a better environment for the individuals in this area.

“Dan was very forward-thinking and was thinking very clearly about things before people even thought about it. Not even just his building, but the way he treated other people and less fortunate people. He cared about minorities and other people before it was the cool thing to do,” Bryan said.

The Cotton District’s advancement in connecting with MSU has taken part in its growth and allowed the continuation of area progression.

“It’s like living in a permanent construction zone,” Bryan said.

Barton Dinkins, the owner of Two Brother’s Smoked Meats, gave insight into how his thriving business developed due to the influence of Dan Camp. His experience in the Cotton District’s food industry and long-time family intertwinement with the Camps helped him blossom his business into what it is today.

“I spent most of my time in college working for restaurants to pay for school, and I fell in love with it because of the people and energy of it. It was high-paced, and you had to be on your feet all the time,” Dinkins said.

Dinkins developed a plan to attend culinary school after his time at MSU, but Camp convinced him to take a leap of faith and build a business in the Cotton District instead.

“He promised me if I kept my business open for five years, it would be a bigger restaurant. Sure enough, on the dot, five years later, we opened our newest location,” Dinkins said.

The Cotton District is continuously evolving and upgrading to better serve Starkville’s students and residents. Today, the area is home to more than six commercial businesses and includes many student housing options. For more information regarding the Cotton District community, visit their website.