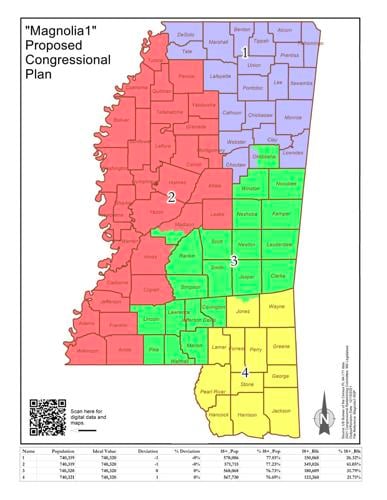 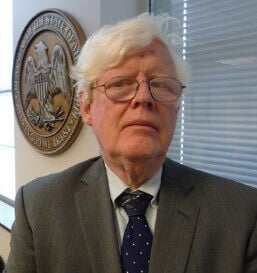 The commencement of this redistricting plan seeks to regulate the state's increasing and decreasing district populations.

Booth noted the population growth of districts one, four and three and the decline in District two as a factor in the necessity of redistricting.

"Any time you have changes like that in the population boundaries, all the districts have to be changed," Booth said.

Booth explained how the boundaries of Oktibbeha County could see modifications ahead after being split amongst two congressional districts.

"In the plan that the legislature enacted earlier in the session, Oktibbeha County is still split, but the boundary line for the split has changed. The whole county is still going to be split between District One and District Three," Booth said.

Along with the redistricting of congressional districts, Oktibbeha County has arranged to reform its supervisor districts to redistribute populations.

Toby Sanford, manager of the GIS Department with the Golden Triangle Planning and Development District, counted around 20 different areas where boundaries will be altered in the county.

"We've already finished a lot out of the 20. I have 10 that are getting ready to adopt a redistricting plan," Sanford said.

Sanford clarified his role in the development of the redrawing and mentioned the two plans being considered currently.

"The plans have turned into 1A and 1B. Anything you're doing with elected officials comes down to vote. These are the county's plans or the city's plans, but I just help direct them and show that these are ways we can redistribute," Sanford said.

Sanford emphasized the importance of regulating population numbers in these districts because of the federal requirements that strive for balance.

"By federal law, Oktibbeha County has to redistrict. I need the population numbers in each district to be as equal as I can, or within sort of under that 10% mark," Sanford said.

Sanford spoke of boundary adjustments near Avalon Apartments and the Rolling Hills subdivision due to both complexes being divided into separate districts.

"That can cause a problem because if you get your building number wrong or if you write your address down wrong, your vote may not count because it's not in the same place you're supposed to be living. If I move all of that back into one, there is no more confusion," Sanford said.

Sanford projected changes to occur in West Starkville to accommodate the area's need for an additional voting center and accessible parking.

"In the area of Airport Road, Miley Drive, Industrial Park Road and Lynn Lane, we are taking that area, and we are moving it out of four and into five," Sanford said.

When the change occurs, Elmore will be involved in readdressing the individuals to their assigned districts and notifying them of their new voting precinct.

"Anytime that there is a change of voting precinct, those people would need to be notified by a new voter registration card stating the new voting location," Elmore said.

Elmore highlighted the Board of Supervisors meeting on Feb. 21 as the public's way to gain more information and ask questions about what the plan will entail.