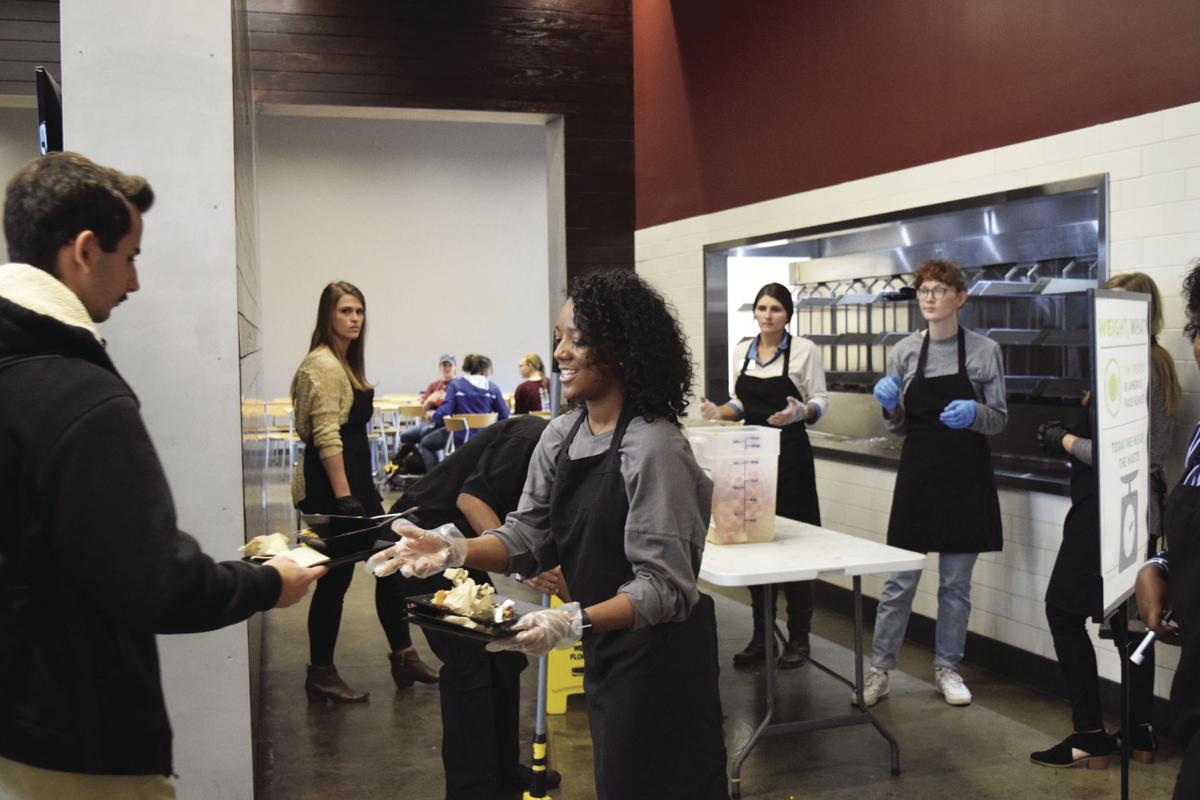 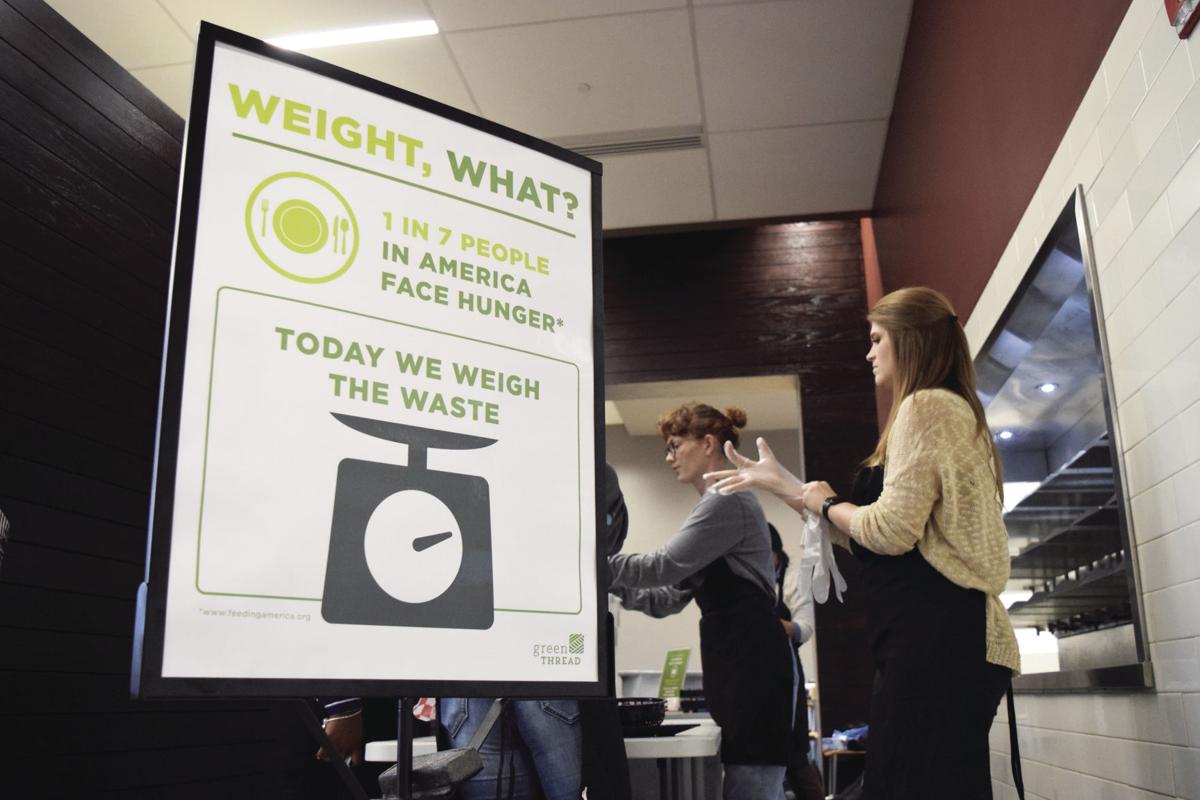 Working alongside Aramark representatives, Weigh the Waste gathered all the students' plates, cups and trash that would normally go on the conveyer belt to the kitchen and the waste is then sorted in the the appropriate trash bins. The event took the waste and measures the weight of all liquid, non-edible food, edible food and trash during the approximately two-hour peak lunch period from 11 a.m. to 1 p.m. last thursday.

The purpose of this event is to help students reduce their waste and understand the environmental impact of food waste.

Christine Lashley, director for MSU’s Office of Sustainability, said when food goes to the landfill, it cannot decompose properly and creates a large amount of methane, which is a greenhouse gas. However, Lashley said wasting food also wastes other resources.

“Students should not only think about the downstream effects of food waste. They need to think about the energy, land and water that was used to grow, harvest and transport the food we are consuming,” Lashley said. “When we waste the food that was produced, we are also wasting those resources as well.”

Lashley said she believes students were receptive to the event, and the table attracted attention from both students and faculty.

“Whenever we throw something away, we forget about it and let someone else take care of it. We don’t think about how everyone’s actions add up,” Lashley said. “When we show the actual buckets of food being wasted, it helps students to make the connection that that is all going into the garbage, and everyone’s small part that was wasted, adds up to a lot.”

Taylor Vandyk, a dietitian at MSU’s Department of Health Promotion and Wellness, said she had never participated with the Weigh the Waste event before, and was interested to see the event in action.

“Being on a campus that is doing mass food production, there is obviously a lot of waste that is happening. I think rather than just seeing a statistic posted on a wall, an event like this is going to be more impactful,” Vandyk said. “People are like ‘Oh, wow! I just threw away a whole hamburger,’ rather than casually putting it in the garbage.”

While Weigh the Waste is successful in garnering awareness, Lashley said she believes more efforts should be taken to keep people interested and focused on reducing their food waste.

“Some schools have programs such as ‘take a taste’ where you can taste what is being served that day before taking an entire portion,” Lashley said. “We also just need to remember that you can always go back for more.”

To reduce food waste on campus, Vandyk said she believes students and faculty eating in the cafeteria need to focus on plate overleaping. She finds the biggest problem is when people think they can eat more than they can and end up loading down their plate with food destined for the garbage bin.

Vandyk said she recommends students and faculty eat at one station in the cafeteria at a time, rather than getting food from multiple stations all at once.

“When we have a full-plate of food, we often start with the meats and starches, leaving the vegetables to be thrown away,” Vandyk said. “If people would eat their salad first and then go back for another dish, they are more likely to feel full and satisfied."

John Hardy, the associate director of Engineering Services and event participant, said reducing food waste is not only good for the environment, but it illustrates a person's concern for other as well.

“Reducing food waste is a practical way to consider others' interests instead of your own. We are all too often focused on our own personal objectives throughout the day,” Hardy said. “So to consciously think of what we are throwing away requires us to look not only on our own things, but to also look on the things of others.”

Overall, Lashley said the event was very successful since the Office of Sustainability partnered with Health Promotion and Wellness. She said she believes people being interested in hearing about food waste is a major step in reducing and hopefully one day ending food waste.