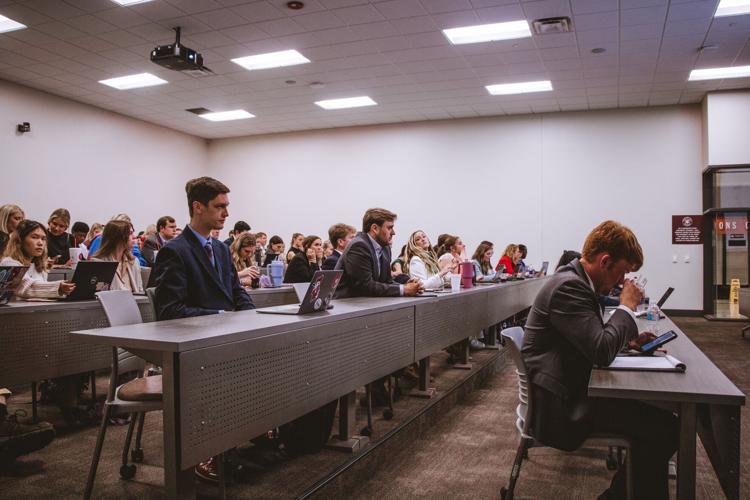 t the senate meeting on Nov. 1, multiple bills were passed to change the SA election system in the spring. These bills will help develop the senate as an independent body. 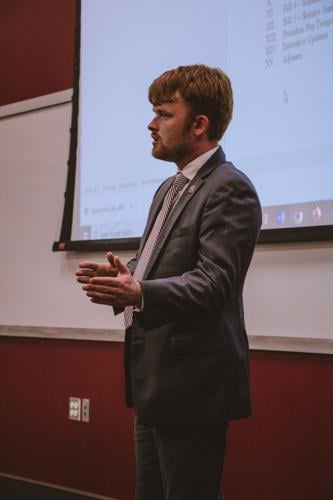 SA President Kennedy Guest spoke about the upcoming changes at a senate meeting.

t the senate meeting on Nov. 1, multiple bills were passed to change the SA election system in the spring. These bills will help develop the senate as an independent body.

SA President Kennedy Guest spoke about the upcoming changes at a senate meeting.

Mississippi State University’s Student Association leaders will be making changes to the election system for the upcoming spring election.

According to SA President Kennedy Guest, all of these changes are intended to benefit the student body.

SA executive council members said there will be two changes that students will primarily notice. These will be the development of a more independent senate and a combined president and vice president ticket during voting.

Having a more independent senate is something that is very important to many involved with SA but particularly to SA Vice President Ann Olivia Radicioni.

Radicioni has worked with the senate since her freshman year. She has served as a freshman senator and a campus-wide senator before serving as vice president.

In the new system, the vice president will begin attending meetings and events in place of the president to maximize their time and effectiveness.

Before now, the senate has primarily come up with ideas and presented them to Radicioni and Guest, but these two see more potential for the branch.

“I didn’t like that our senate was, you know, essentially a part of the cabinet that answered to the student body vice president or president,” Guest said. “I wanted to fix that and give them their own feet to stand on and to allow them to be kind of in control of their own destiny.”

Guest’s statement was echoed by Radicioni. She said this increased independence of the senate would make senate elections more meaningful and competitive. She said she hoped senate elections would gain more attention from MSU students due to the change.

Another change that students will notice is the change to voting. In the past, students were presented with five different ballot options: student body president, vice president, secretary, treasurer and senate elections. Now, there will be four different sections: a combined presidential and vice-presidential ticket followed by the secretary, treasurer and senate.

MSU is the only school in the SEC that does not use a ticketing type of system in elections, so this is not new territory for college student association executive councils.

“If you have two people doing the same thing, but they have different, conflicting mindsets, you could hit some real problems,” Guest said.

The new ticket-voting system raised concerns regarding equality and fair playing fields with the new system, but the SA executive council assured students that these concerns are being taken seriously and regularly evaluated.

Deputy Chief of Staff Cameron Mayers spoke about these concerns.

“Me being a minority on campus and coming from an underprivileged area growing up, the financial obligations of running (for an SA executive position) have always intimidated me and others like myself,” Mayers said. “But the new system eases that burden off of you entirely because you run with a partner.”

There are still many questions about the new system since it has not been placed into effect on MSU’s campus yet, but Mayers said he is confident that most students will be in favor of it after learning more.

These will be meeting times for students to come and ask SA members any questions they may have about the changes. The purpose is to hear students' opinions months before the first election in the new setup takes place.

Guest said he hoped that being open about exactly what these changes will look like will alleviate concerns about the new system.

In addition to the forums, SA executive members also have regular office hours which can be found from the Executive Council page of the Student Association website. Their emails are also listed on that page for students to reach out with questions, concerns and comments.