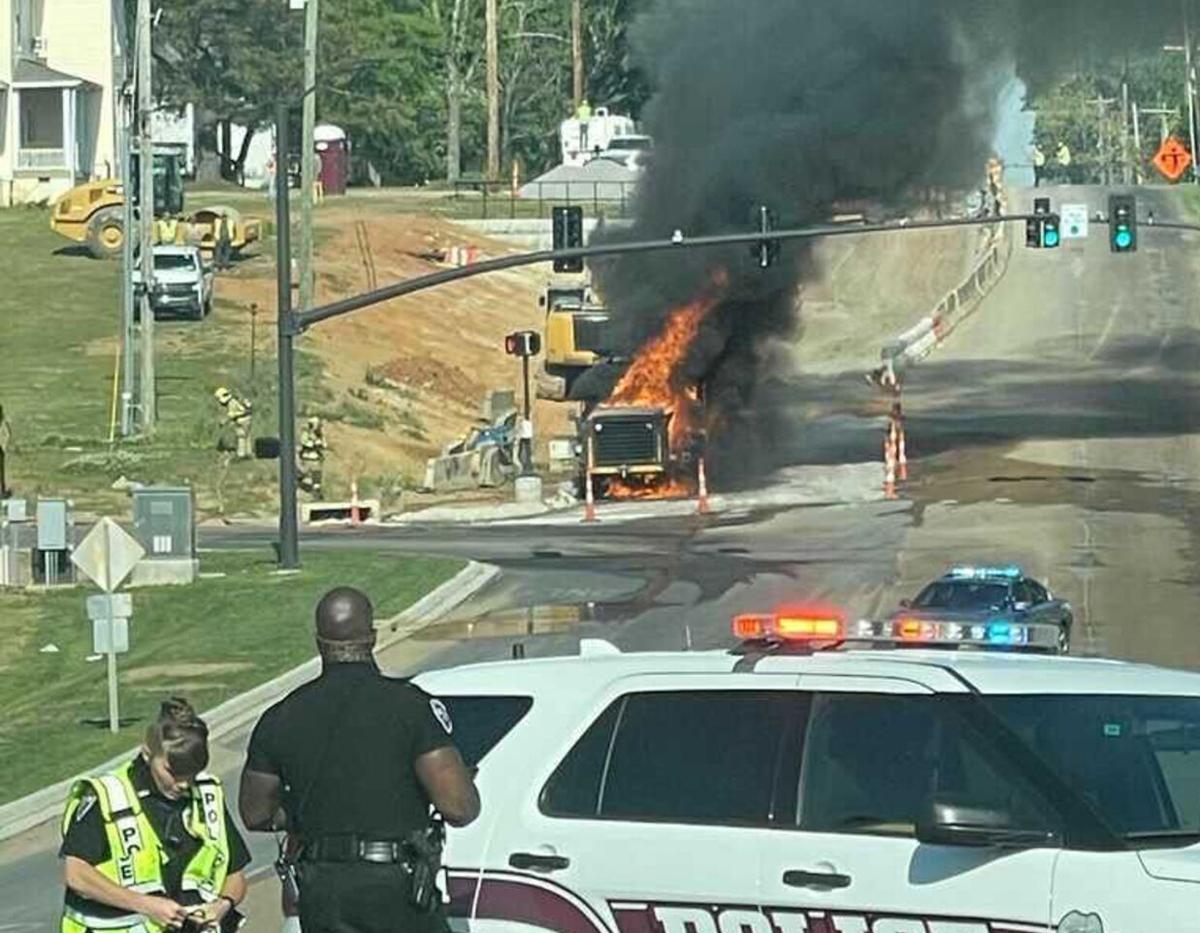 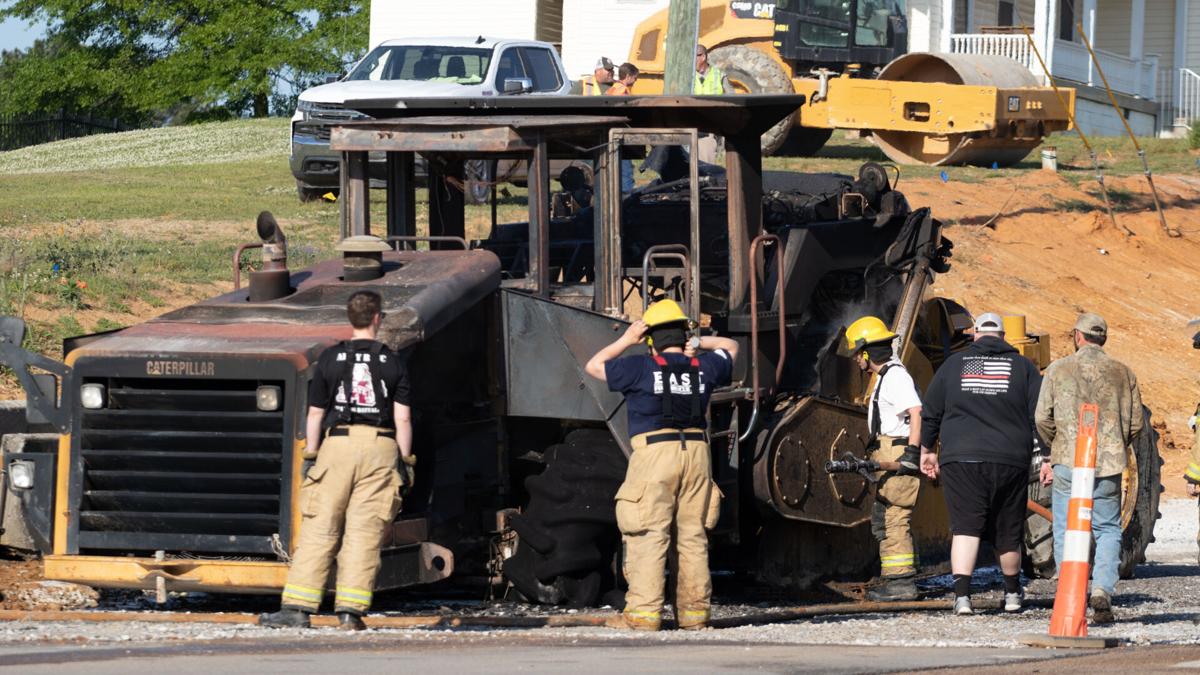 Shortly after pictures of flames erupting from a piece of road equipment on Blackjack Road began to circulate social media, students' phones began buzzing with a Maroon Alert.

"Avoid the area of Blackjack and Hardy. Officials are responding," the message read.

According to Nic Parish, Burns Dirt Construction's vice president, the piece of equipment that exploded was a soil stabilizer, which is used to mix cement into the road base.

The construction crew became concerned and contacted Brent Crocker, the university's emergency manager, and a Maroon Alert was issued out of an abundance of caution, Salter said.

East Oktibbeha Volunteer Fire Department responded and was able to put out the fire. Roads remained closed for about an hour before another Maroon Alert was issued announcing they were reopened.

Vice President Parish said it is hard to tell what actually happened to the soil stabilizer as the fire burned up any evidence that would indicate where the issue originated.

“We're not exactly sure what happened. It’s kind of impossible to tell in these events. I’ve only had it happen once before in my career,” Parish said.

A few days before the stabilizer explosion, a cement truck overturned on Blackjack. The truck was entering onto the two lanes under construction and, according to Parish, had a little bit too much momentum and turned over. The driver was fine but the truck will need repairs. A lot of these problems come from the inherent challenge of Blackjack Road, Parish said.

"The Blackjack Road project just in general is a very, very difficult project ... You are trying to construct a new road alongside a very busy one, and there's a lot of stuff underground that’s having to be moved and so everything's locked into such a tight space that you're trying to keep traffic moving while getting stuff built," Parish said.

Parish said much of the work that has been done on Blackjack over the past year has been underground and unseen, thus contributing to many residents' dissatisfaction with the progress of the project.

"I think it's got a very negative viewpoint from students and local residents because the project doesn’t seem like it's going very fast and it's long overdue," Parish said.

After the stabilizer exploded, memes about the event began circulating among students' social media accounts. Burns Dirt Construction commented on several of these accounts saying nobody was hurt and they would continue to work hard to get Blackjack fixed.

"I think I saw an account where somebody sent a joke about how we're really living up to our name, we're really 'burning dirt' this week, and I was like 'Ah that’s pretty good. I gotta give it to you, that’s a good joke,'" Parish said.

Parish, an MSU graduate, said he was familiar with meme accounts when he was a student so he knew how to navigate them. Through his company's social media presence, Parish said he hopes Burns Dirt will be seen as approachable.

"We've been working on campus since 1991. This is our home. We've built most of campus we feel like so we try to be really plugged in even if we're the butt of the jokes as we are this week," Parish said.

The Blackjack Road project was originally slated to be finished this fall, and is currently on track, Parish said.

In several weeks a temporary road next to the current Blackjack Road will be completed and traffic will be shifted to that road while the current road is torn up and the new, permanent surface is completed.

The new Blackjack Road will be three lanes wide with a walking path.

"Blackjack will eventually be three lanes. Right now Blackjack is 1 1/2 lanes at best sometimes, so the new road will be three lanes so you will have two travel lanes and one turn lane so you don’t have to wait for people turning in to whatever apartment complex," Parish said.

Parish said the most important thing he wanted to communicate to students is that the worst of the project is nearly over. Perhaps soon MSU's meme accounts will have to find a new go-to subject material to make fun of.

I read this article! I hope you will continue to have such articles to share with everyone! thank you!