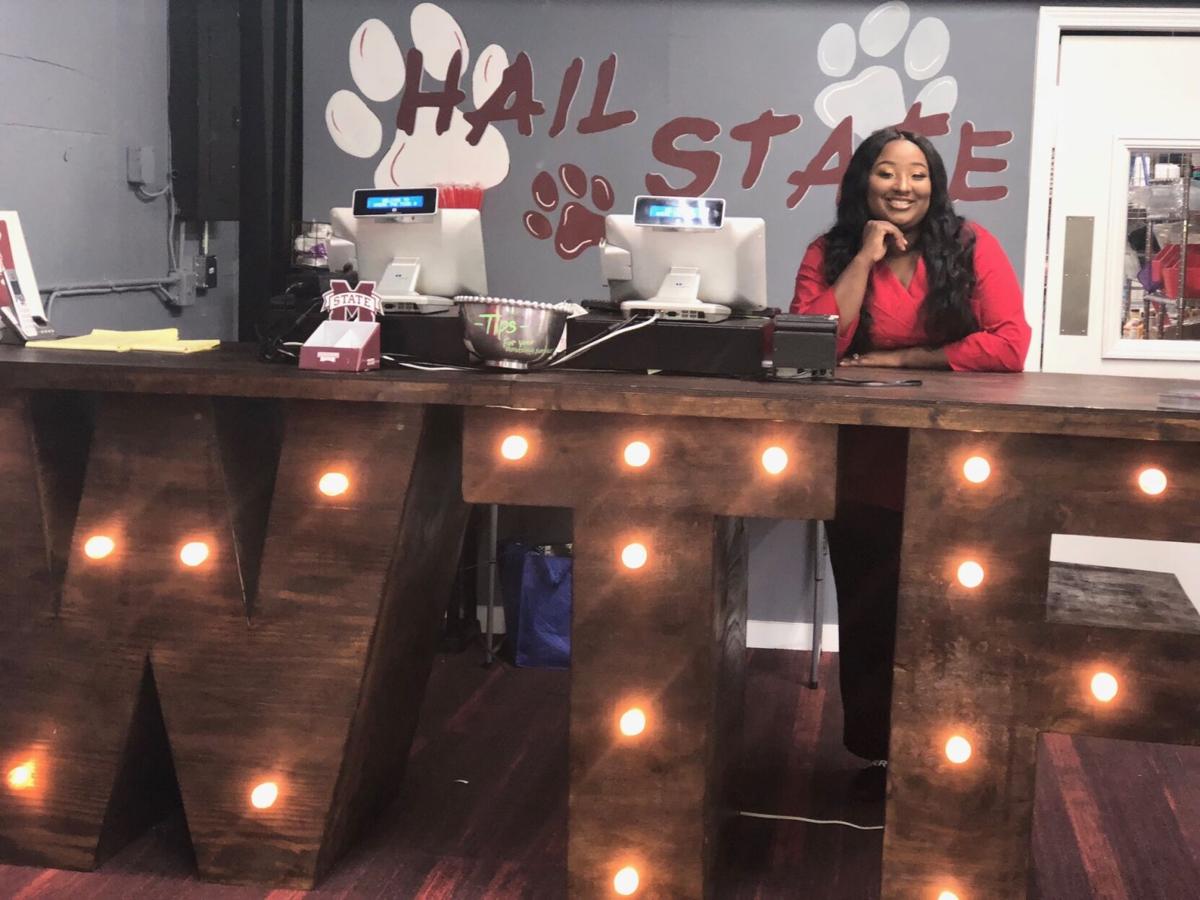 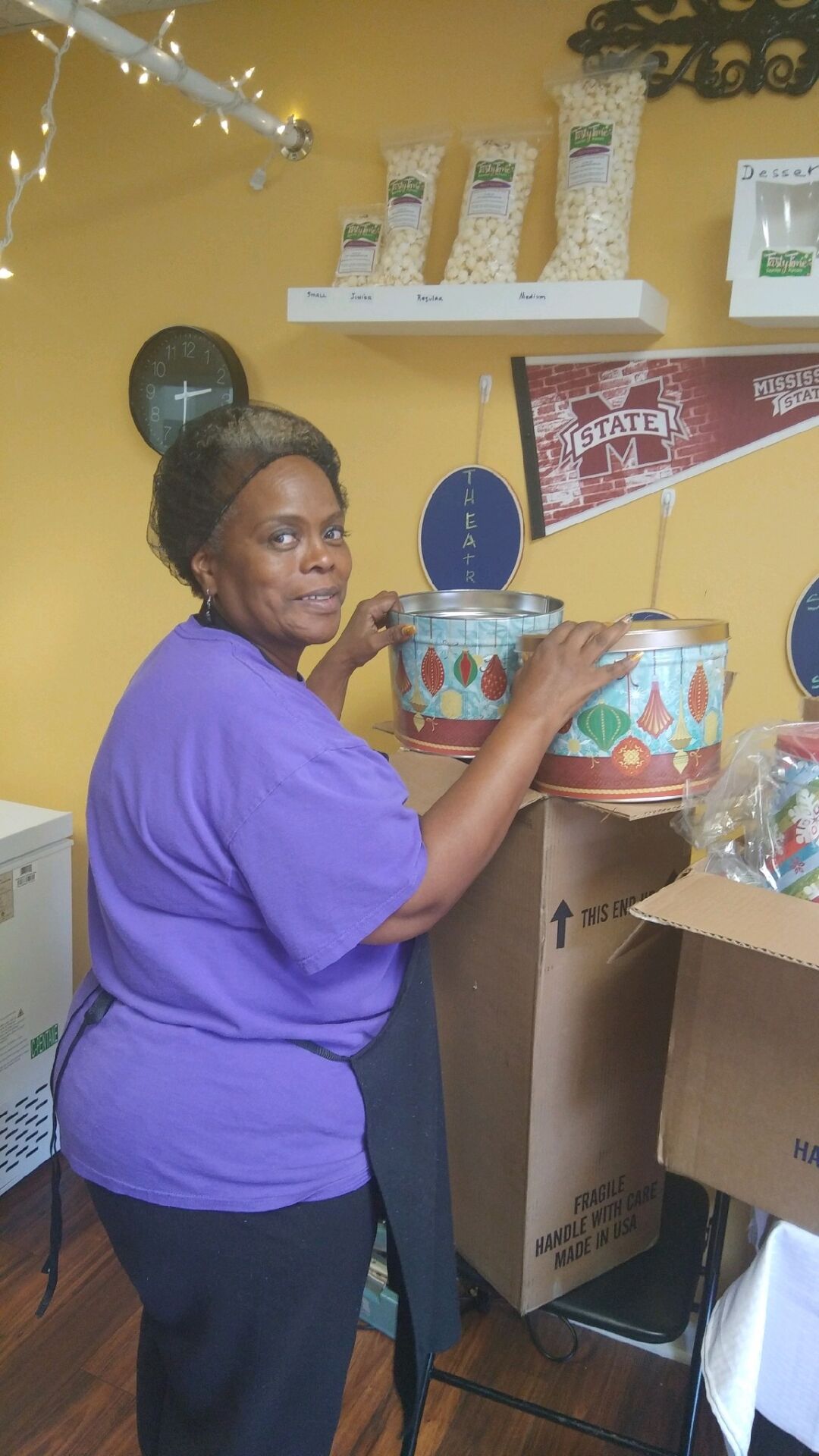 Despite these hardships, four local Black-owned restaurants and businesses in Starkville are making do and taking the punches as they come.

With an extensive background working with youth in Peoria, Illinois, Willis decided she wanted to make an impact on youth in Starkville. However without funding, she knew she would not be able to make that happen.

"Tasty Time was the second thought, not the first," Willis said.

Willis developed a board to which she could present the idea of a popcorn shop in Starkville which would help to raise money for the youth program, Nurturing Education and Training Works Through Christ Jesus, otherwise knows as N.E.T.W.O.R.K.S.

"The kids having different projects and having the store works well because the kids are able to come in and get trained inside the store. They learn what it takes to be an employee and have responsibilities," Willis said.

After presenting her ideas, the only thing left to do was take action. During this time Willis remembered her sister knew how to make popcorn and decided to pay her a visit.

"I knew I wasn't one to cook, but I also knew that I wasn't one to tell the board members no. So I visited my sister who coincidentally had been making popcorn from her home using my mother's recipe and learned how to cook popcorn," Willis said.

Tasty Time and the funding for the youth program was born.

Even though Willis does own and run Tasty Time, her main focus is N.E.T.W.O.R.K.S.  She explained the company acts as a support system for the youth program she is so passionate about.

"The heart of it is the program. I really had a great experience learning about popcorn and expanding our product, but if that was not there, I would still have N.E.T.W.O.R.K.S. It's what we're really doing, and the store is just helping us to get that done," Willis said.

Odom opened WTF Starkville in October of 2015. Although the restaurant is now located on Martin Luther King Drive, it has not always called the street home. Odom began her restaurant by turning an old gas station into a take-out spot and eventually opened a 3,000 square feet dine-in restaurant.

Being a Black business owner, especially in the South, comes with many hardships. People will make assumptions based on skin color or the spelling of one's name. Odom has definitely had her fill of that.

"You deal with a lot of things. I'm not going to pull the race card, but I'm just going to speak on institutional bias. When I first started my restaurant, I had a credit score in the 700's. When I presented the restaurant, not many banks or financial institutions found that appealing.  So when you want to go get funding for your business, it's basically a no. Most minorities have to have some kind of collateral, and if we own something we have to put it up just to get any kind of funding toward new business development or opportunity," Odom said.

Odom said she is dedicated to her business in a way she believes sets her apart from other restaurants.

"You have to be all in. I'm the CEO, founder, everything, of my restaurant, and when you come to my restaurant, you are going to see me there. There are some restaurants you will go to, and you will never see the owner. It's worth it. Most people know me because I try to make customers know that we appreciate their business. You want to make people feel comfortable and know that their money is valuable. Don't just be the email-only boss," Odom said.

Charity Dunning is the owner of Classic Eats Catering Company. Dunning opened her business in 2019 after quitting her job as a respiratory therapist to follow her passions to start her own business.

From being a young child helping her parents in the kitchen, to cooking whole meals in college, it was only destiny Dunning would open her own catering business in Starkville.

"I've always had a passion for food, and I can remember growing up and being in the kitchen with both of my parents. When I came to college, my dad would buy groceries so that I could cook in the kitchen in the dorm. There would be times when I would be cooking for five, six, seven girls just because they're following the scent. I would be cooking full course meals during my freshman and sophomore year of college," Dunning said.

Since the pandemic hit, Classic Eats has had to rework their schedule to accommodate all the safety guidelines being implemented in the state. However, Dunning wants everyone to know that Classic Eats is still here and is still taking on clients.

"We're following the CDC recommended guidelines, and a lot of events we initially had booked and scheduled have to either be canceled at the client's discretion. Or they've just been rescheduled for later on or next year. Classic Eats Catering is still here, though I know the pandemic slowed some things down. But we have not missed a beat, and I am very thankful to God for that," Dunning said.

Dunning brought the people skills she developed working with patients as a respiratory therapist into her new role as a caterer. She tells aspiring Black entrepreneurs the key to making your business work is exceptional customer service.

"Make sure especially people of color have the most outstanding customer service. Be the company that goes above and beyond because a lot of times people will patronize you based on you as a person versus the service you can provide them. I value customer service, and I am willing to do whatever it takes for that client to have the best experience because, although social media provides a large platform for marketing, word-of-mouth will always be the best marketing tool," Dunning said.

Hershel Issac is the owner of OG Becca's Kitchen. Issac opened his business not even two months ago. He started his business in his house and has now moved to mobile cooking. Even though the location on the menu is on West Gillespie Street, Issac said that he tries to stay in a spot in town where food is always in high demand.

When asked what made him open his business in Starkville, Issac talked about his hardships driving trucks while his mom was at home sick.

"I was driving trucks, and my momma got sick. And it took me three days to get home, and I knew after that I wasn't going to go back on the road. My mom didn't want me on the road, and we did a benefit where I saw the money that could be made cooking. So I started pulling the trailer behind my truck," Issac said.

Issac has had fewer hardships to deal with during his time as the owner of OG Becca's Kitchen. He explained his family is his support system.

"I have the support of my family behind me, so without the support and the people standing behind you, then nine times out of ten it isn't going to go how you want it to go," Issac said.

Using bi da lan tay to practice for wrist and flexible arm joints is extremely important in the life of office workers today. Bi da lan tay can be made from a variety of materials. However, people often use the most natural gemstones. An An gemstone is a manufacturer and directly sells high quality natural stone 100% on the market. Read more: https://daquyanan.com/san-pham/bi-da-lan-tay/

Using bi da lan tay to practice for wrist and flexible arm joints is extremely important in the life of office workers today. Bi da lan tay is very good for health, there is no need to be overly concerned with the color of the user's destiny or not. There are many types of marbles made from pressed stone powder. The advantage of this type is that it is very cheap, but its use on health is also limited.