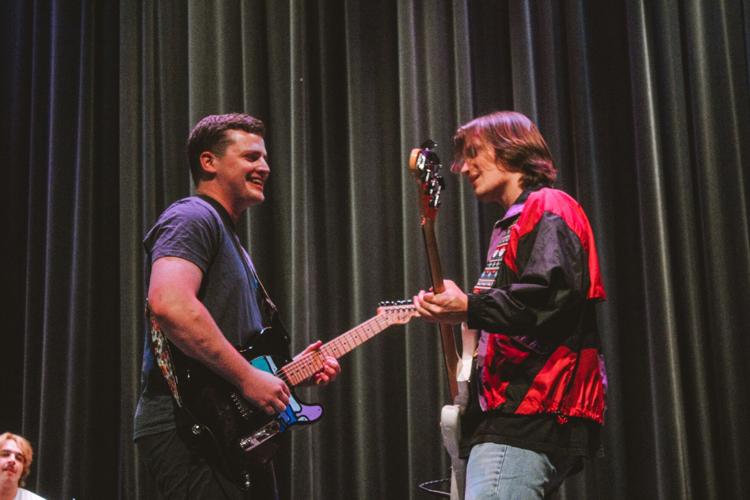 Guitarist Justin Yates and bassist Ried Smith rocked the stage at this year’s Battle of the Bands. The band will open at Bulldog Bash. 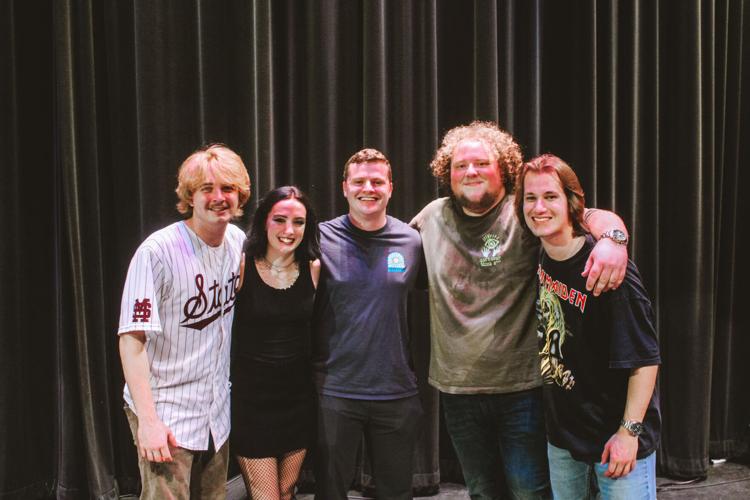 Guitarist Justin Yates and bassist Ried Smith rocked the stage at this year’s Battle of the Bands. The band will open at Bulldog Bash.

When listening to great music, there is not much you can do except get up and dance. That is certainly what it felt like to be in the crowd during Battle of the Bands on Sept. 16.

Battle of the Bands is put on annually by Mississippi State University's Music Maker Productions, a campus organization committed to bringing live music to Starkville. Five bands are chosen through a vote on Facebook, and those five gather to compete for the chance to perform at Bulldog Bash.

This year's winner was Government Plates, a band best described by an abundance of energy onstage and a passion for music. They performed a variety of classic rock influenced songs and a stellar rendition of "Dreams" by The Cranberries.

Formed in October 2020, the band is comprised of current and former MSU students. There was a struggle in the beginning to find a guitarist, which was promptly solved by a post on the MSU sub-Reddit page.

"We needed a guitarist, so we found the sanest person that exists on Reddit, and it worked out," said Justin Yates, one of the band's guitarists.

After forming the band, the group needed a practice space and a name. The band found a storage unit available for rent for $1 a month but found it difficult to find a name.

Max Rooks, one of the band's guitarists, had a handful of names to choose from. Government Plates was one of them, which was also the name of a 2014 Death Grips album.

"I knew the name sounded familiar, but I looked it up and couldn't find a band with the same name," said Rooks regarding the naming difficulty.

Lead vocalist Lauren Boozer said she listens to a wide variety of music, growing up on "the '70s and '80s rock our parents listened to." Ried Smith, the band's bassist, cited the band Muse's grunge and progressive rock as his inspirations, while Yates cited the band Weezer and alternative rock.

The band members describe their wide variety of interests as "a blessing and a curse." While it was harder for them to find what they wanted their sound to be, it ultimately gave them a wider range of music to play together.

Aside from winning the Battle of the Bands, another big accomplishment for the band has been performing at Rick's Café.

"Playing at Rick's made it feel like we had sort of 'made it,'" Boozer said.

The band said they hope to play some of their original material and increase their catalog of songs in the future. For now, the entire band said they are extremely enthusiastic about the opportunity to play at Bulldog Bash.

"We've seen other bands at Bulldog Bash, and it's crazy to think that that's going to be us," Boozer said.

Bulldog Bash was formed in 1999 as a pep rally equivalent before a Southeastern Conference football game. Since then, the bash has grown to become the largest outdoor concert in the state of Mississippi. This year, the event will be held Oct. 21.

Ultimately, Government Plates wants to "play music for people to have fun and jump to."