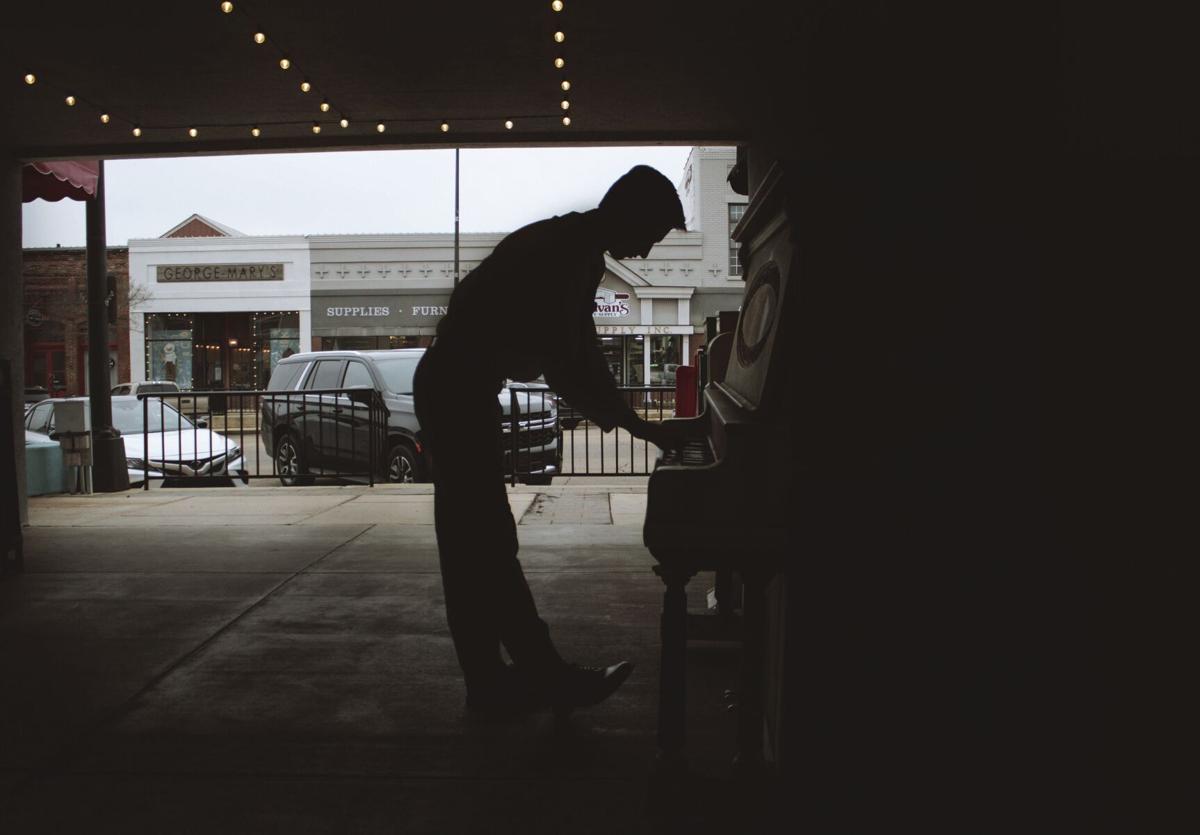 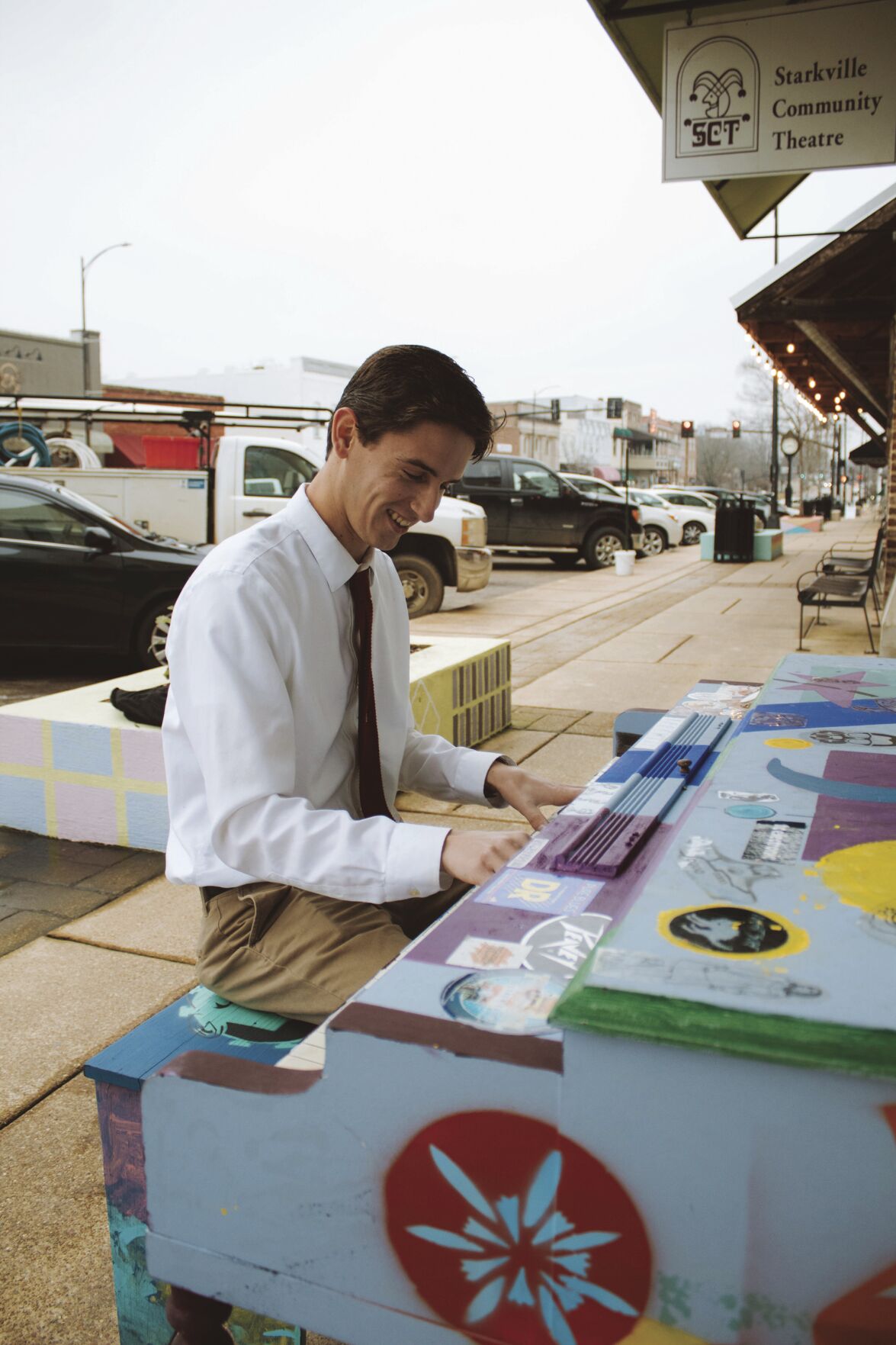 Starkville musician and Mississippi State University student Wyly Bigger is making his career by blurring the lines between music past and music present. His first extended play (EP) was released on Feb. 12 and features five original songs with a classic jazz and blues sound.

Although this month marks his first big release, Bigger, a graduate student studying history at MSU, is no stranger to the music scene. His career can be traced back much earlier, to a toy piano his parents gave him for Christmas when he was just 4 years old.

Soon after that Christmas spent in Bigger's hometown of Marion, Arkansas, it became clear Bigger had a gift which would one day outgrow the tiny plastic keys his parents had given him. They enrolled their son in piano lessons, and so began Bigger's love for the instrument.

At the age of 13, Bigger attended a summer workshop at the Pinetop Perkins Foundation, a blues foundation in Clarksdale, Mississippi. He now cites his time in Clarksdale as the moment he fell in love with the blues, a genre that would become heavily influential in Bigger's own music.

It was at this workshop Bigger met Jesse Black, a musician from Chattanooga, Tennessee, who played guitar on his new record. Black recalls their first encounter, stating he had a feeling about Bigger's talent before his fingers hit the keys.

After graduating high school, Bigger brought his piano talent to Starkville as he began his career at MSU. It was during this time he began writing more and more of his own songs, and he said Starkville has been the perfect place to fine-tune his performance skills. Bigger can be found playing at venues such as Dave's Dark Horse Tavern, The Guest Room and Georgia Blue.

"I think Starkville has been a great place for me to be. In undergraduate, it was a lot easier to balance music and school. But the community has really embraced me. I've been able to play at a lot of places and make a lot of friends through my music," Bigger said.

Different places in the South serve as a great source of inspiration in Bigger's songs, such as "Louisiana Baby," "Down to New Orleans" and "Memphis Nights." Growing up just across the Mississippi River from Memphis, in particular, has shaped Bigger's musical style.

"So many great musicians came from Memphis, I mean, rock and roll exploded there so that was a big influence for me. I grew up listening to those legends like Elvis, Jerry Lee Lewis and B.B. King," Bigger said.

At first glance, Bigger's degree in history and his career in music may seem like two completely different endeavors, but his interest in musical legends throughout history ties the two together.

"Music and history go hand in hand for me. I love history, and I love music. So that's influenced me to look into older music and then, from that, learn the history around it and the influence older music has had on future music and everything in between," Bigger said.

Dylan Osmon, another Starkville musician who has played shows with Bigger, attested to the presence of an old-school influence in his sound.

"Wyly is unique in that he's kind of bringing back an old, almost forgotten genre. He's kind of got a Jerry Lee Lewis vibe and feel to me. He has a very Memphis, bluesy old-school sound, and you don't hear many guys playing that anymore," Osmon said.

According to Black, Bigger brings his own twist to the classic sounds he grew up on.

"Wyly keeps it classic with the Memphis sound, but he also brings a lot of new stuff to the table ... I've played a lot of blues bands, and sometimes the material can feel all the same. But Wyly still finds a way to make things have a different groove change or more interesting chord progressions. I really like that Wyly keeps it true to the music but at the same time pushes a little bit," Black said.

When it came time to get in the studio and record his songs in December of 2020, Bigger chose Memphis Magnetic Recording Company because their old-school methods complimented his classic sound.

"It's all analog recording. They do it old school, so instead of recording to a computer, it's recorded on a magnetic tape. They use all vintage equipment, which fits my sounds perfectly. It's very crisp and has a classic sound to it," Bigger said.

While he has five songs out now, Bigger explained his time in the studio has encouraged him to write even more. Since recording, he has written ten more songs and has taken to keeping a pen and paper on him in case inspiration strikes. Needless to say, people can expect much more from Bigger in the future.