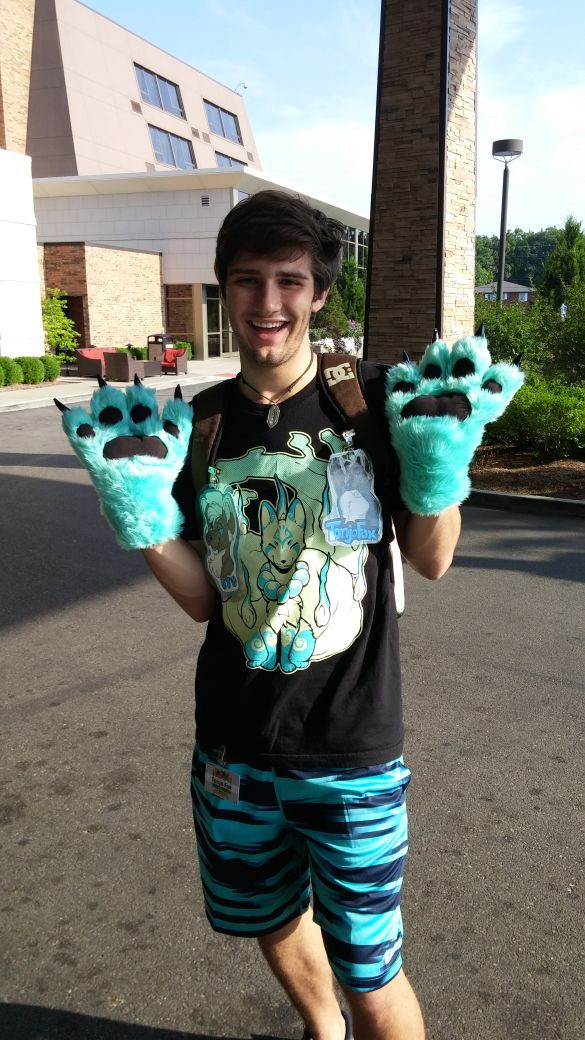 Brandon Stuart (pictured) shares his fox fursona with everyone by wearing his paws. 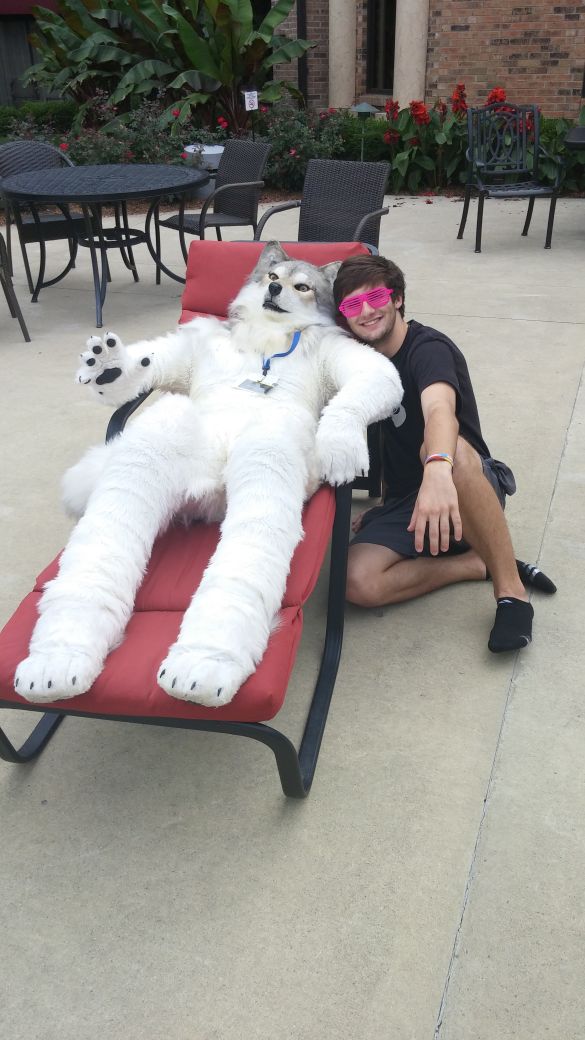 Brandon Stuart (pictured) shares his fox fursona with everyone by wearing his paws.

Mississippi State University Junior Biological Science major Brandon Stuart said he is part of an interesting “fandom” that many students are probably curious about. If one has ever seen some individuals around campus wearing cat ears, or maybe a tail—some of those individuals may belong to the “Furry Fandom” on campus.

1.) Can you explain what the Furries are? Are they official on campus (or plan on becoming an official group)?

A: In general, Furries, members of the Furry Fandom, are typically fans of anthromorphic (basically animal people) artwork and animation (ex. Bojack Horseman on Netflix). Nearly all Furries design a character with an animal they have affection for or feel connected to; this is called a fursona. At conventions and online, Furries can commission artists to make badges, artwork, or commission full fursuits of their character. As of right now, there is not an official Furry group on campus and I’m not sure of any plans for one, but there are plenty of furs across campus and I’d be ecstatic to join a group should one arise.

2.) Are there other names the Furries go by?

A: There aren’t many names that I know Furries go by other than just Furry. There are some important differences between Therians (people who believe they were some sort of animal in a past life or were born into a wrong human body) and Furries. Furries in general do not believe they are actually the animal they choose for their character, and their animal choice is usually just for fun. There are Therians who participate in the Furry Fandom of course.

3.) What would you say is most awesome about this group?

A: I’ve never met a more accepting and fun group of people in my life. They say you can be anything in life and it’s really true, but no one typically thinks about dressing in a wolf suit. There’s something amazing about finding other people who are part of this group I’m into. Many non-furs look at you with total disapproval because you’re wearing a tail around your belt-loop, but other Furries see you as just another human being.

4.) What is your least favorite thing about the group?

A: My least favorite thing about the Fandom is how few conventions or furry-related gatherings there are to go to around the country. There are a good handful of them and more get started every year, but down here in the South we have very limited events. The Fandom has been and will continue to grow quickly, so I’m sure more cons will pop up.

5.) When did you first come to learn about Furries and what made you decide to take part?

A: I remember browsing the internet when I was around 13 and just happened to stumble upon some Furry artist’s digital artwork of the old N64 game Star Fox and continued to browse through their work. On their webpage, they talked about the Fandom and I gradually developed an interest and fell in love with Fandom. Now, I have my fursona (also a fox) and attend conventions and parties with my other Furry friends. I’d rather die on my paws than live on my feet.